Marketers on the Move | Ad Age
Skip to main content

Marketers on the Move

Vincent Onorati
Jonathan Shapiro became the first CEO at online-marketing firm MediaWhiz, New York. The executive was chief strategy officer at DoubleClick, which was acquired by Google earlier this month. 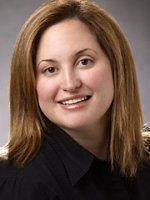 Jim Else, who was senior VP of Time Inc.'s Time4Media unit, joined Wizzard Media as VP-sales. Pittsburgh-based Wizzard is a podcast-distribution company.