Also on the Move: Priscilla Pesci, Adam Cotumaccio, Dan Harary, Andrea Cancro
READ THIS NEXT
How restaurant chains are duking it out to be the best in their categories 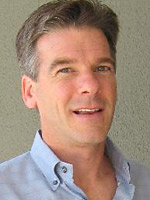 Rick Boyce
Rick Boyce has joined Monster as VP-advertising sales. Before coming to Monster, Mr. Boyce was senior VP-business development for Rooftop Media. He is best known for his work as the founding sales director at Wired Digital, where he led the team that sold the first internet banner ads in 1994. When Wired Digital was acquired by Lycos, Mr. Boyce led ad sales there before becoming president and head of sales for IGN Entertainment.

Lionsgate has named Priscilla Pesci senior VP-TV marketing. Ms. Pesci was formerly senior VP-marketing for MGM Worldwide Television Group and most recently head of her own marketing firm, where she specialized in franchise marketing and digital media for clients such as MGM Studios, Fox and EMI. Ms. Pesci also spent two years at CBS Broadcast International as executive director-international marketing and promotions.

Hollywood PR agency Digney & Company has named Dan Harary to the newly created position of president-multimedia entertainment. Mr. Harary had been president of Asbury Communications since founding it in 1996. He brings to the agency clients such as *Trailer Park, AvatarLabs and Oscar winner Barney Burman, as well as many others from his roster. Prior to Asbury, Mr. Harary was exec VP with the Lippin Group for seven years.

MediaVest USA has elevated Andrea Cancro to exec VP-managing director and Chris Actis and Brad Liebow to senior VP-digital group client directors. Ms. Cancro, who has been with MediaVest since 1999, leads strategic planning and investment across all video, digital and out-of-home for Comcast's Corporate and Field business. Mr. Actis spearheads digital investment for Walmart and has been at MediaVest since 2007. Mr. Liebow, at the company since 2004, oversees national media investment and activation for Coca-Cola across all media.

Samantha Fennell has joined Time Inc.'s corporate sales and marketing team as executive director-corporate sales. Ms. Fennell comes to Time Inc. from The Huffington Post, where she served as executive director-sales. Prior to Huffington Post, she was the Associate Publisher of Elle magazine and spent many years at Cond? Nast, where she held several senior positions, including advertising director of Vogue.

Digitas has hired Dave Nottoli as senior VP-head of account planning for its Boston office. Mr. Nottoli's agency experience spans such shops as Wieden & Kennedy, BBH, Kirshenbaum & Bond and Lowe, where he worked on brands including Nike, Levi's, Target, Coca-Cola, Verizon and Heineken.

~ ~ ~
CORRECTION: An earlier version of this story stated that Dan Harary brought the Universal Studios Hollywood, Madame Tussauds Wax Museums and the Children's Diabetes Foundation accounts to his new post. However, those accounts were already at Digney & Company when he joined.