James Moorhead, the brand manager at P&G who worked with Wieden & Kennedy to produce the wildly successful, award-winning Old Spice campaign, has left the bodywash and deodorant brand peddled by Isaiah Mustafa to be an associate marketing director at P&G's Gillette unit, according to Mr. Moorhead's Facebook profile. 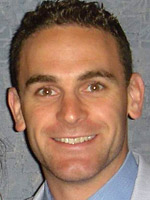 Mr. Moorhead did not immediately return requests for comment, and a spokesman called Mr. Moorhead's move to a different brand a routine practice at the company. "It is normal practice for leaders to rotate assignments every few years and work on businesses with different opportunities," said P&G spokesman Michael Norton. "This provides new professional challenges and allows them to develop a broad set of management skills."

Indeed, prior to Old Spice, Mr. Moorhead worked on the Vicks, Zest and Prilosec OTC brands. Still, the loss of Mr. Moorhead -- whose tenure on the Old Spice brand coincided with the brand's rise in pop culture popularity and generated billions of media impressions according to P&G -- is likely to be a blow for the brand.

Of course it could be a boon for P&G's much larger Gillette brand of razors and skin care. According to Ad Age 's Datacenter, P&G was the largest national advertiser in 2010, with domestic spending over $4.1 billion. Of that , about $185 million was devoted to marketing the Gillette brand, vs. $36 million for Old Spice.