WPP's new CMO on why having fewer, better brands will spur return to growth | Ad Age
Skip to main content

WPP's new CMO on why having fewer, better brands will spur return to growth 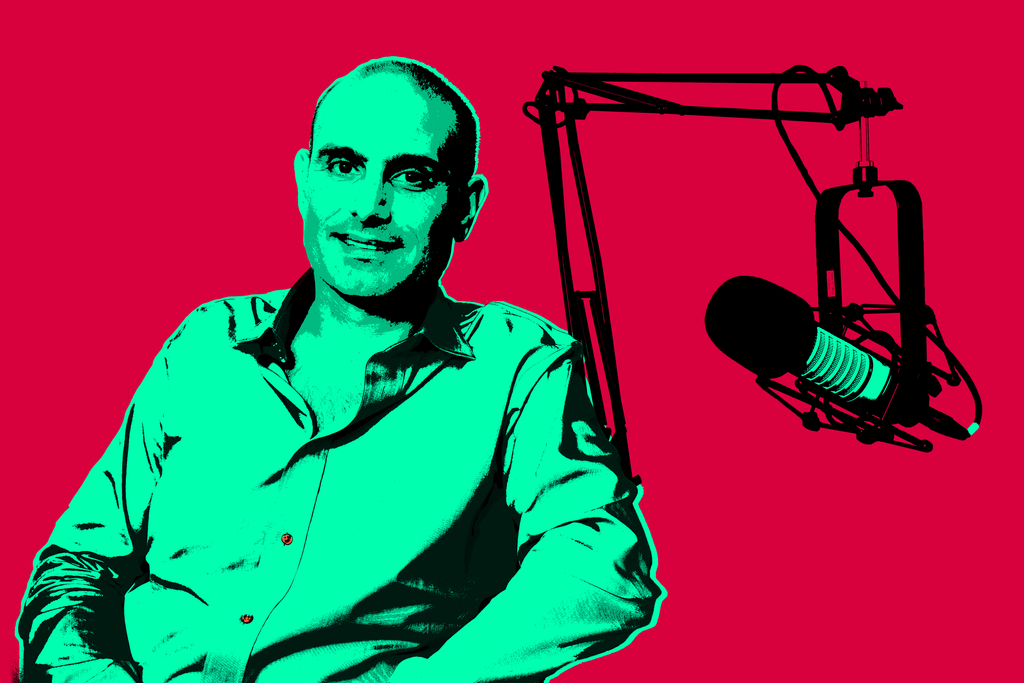 Laurent Ezekiel has his work cut out for him. The Publicis and Digitas vet joined WPP on May 1 to serve as its first chief marketing and growth officer. It’s a new position at the world’s largest advertising holding company—which was also the worst-performing agency holding company in 2018. (Publicis was not far behind.)

Ezekiel is the most recent guest on the “Ad Lib” podcast. He discusses his remit and how WPP aims to dig out of its hole. He explains what his new boss, WPP CEO Mark Read, means when he talks about becoming a “creative transformation company,” and shares a bit about his own background.

This conversation has been edited for clarity and flow.

You’re in a new position at the world's largest advertising holding company. WPP was the worst, or maybe tied for worst, performer among the agency holding company groups in 2018. So you have no small job ahead of you.
You're right. I also see it as the best job in the industry right now. I mean I can't think of a more exciting thing to come in and do. In terms of my remit, it's really looking at how we talk about and market WPP in the market, and growth. And those things are completely interlinked as far as I'm concerned. Never more so than at this point in WPPs evolution.

Martin Sorrell, who really made WPP what it is, has gone on. Mark Read is your new CEO, new boss. So how does WPP dig out of the hole that was created in the last couple of Sorrell years?
It was very appealing to me that the focus was on creativity and creative transformation.

That's something that Mark Read has talked about. Repositioning WPP as a “creative transformation company.” Transformation is a huge buzzword in the industry right now. How do you give it real meaning?
The words, as you can imagine, were chosen extremely carefully. “Creative,” because that should be our differentiator and our focus and it's what our clients are leaning on us for.

Meaning it had not been there before?
I'd say so. We've really put it back on the agenda. “Transformation” because all of our clients are going through change or dramatic change. So the ability to understand that and work with them through that. And then “company” [because it’s] very important that we evolve from a group to a company to become more collaborative and more client-centric as well, and work together as a series of brands at WPP, and much more closely, and all in service of our clients.

Do clients care about the agency brands? WPP has created bespoke agencies from different agencies within the holding company. At what point do you compromise the brand of those individual agencies?
The culture of those brands, the agency brands you mentioned, is very important to clients. We're able to do both. We have a way of approaching new agency models. We have a starting point, but then we obviously tailor them on a case-by-case. At the same time, the agency brands are incredibly important. We've publicly talked about creating fewer, better brands and it's no small feat. Talk about Wunderman and Thompson. Talk about VMLY&R, what we've done with the PR agencies or the health-care group.

Over the past year, WPP has disposed of something like 30 holdings. There's this perception that WPP in selling things is maybe shrinking or scaling back. Most recently we have you guys divesting a majority stake in Kantar.
The emphasis is on simplifying. Honestly and as we try and deliver on that, we need to be able to express that in a simple way. There's some streamlining going on in that respect, but it's putting the brands together that I mentioned a little bit earlier.

There’s been reports that WPP was preparing to sell Wire and Plastic Products, the original basket making business that Sorrell may have held onto for sentimental reasons over the years. But now that he's gone, you may be more liberated to divest.
So WPP is going to keep being called WPP, but sell the shell itself, yes. Yes. That is correct.

We mentioned Kantar. I'm curious to know about your approach to data. Omnicom has built its data analytics all in house. Dentsu bought Merkle; IPG bought Acxiom. Publicis bought Epsilon. What are you guys doing?
We're of the belief that renting data partnerships is the right approach, which definitely differs from some other decisions that have been made out in the market.

How do you get better fees for your work in the future?
We continue to evolve the way that our remuneration deal setups are done with clients. There will definitely be more performance-based deals going forward. We've also been asked to be paid for output, so not just the time.

We're seeing more clients expanding in-house capabilities. Is that a bubble or is that here to stay?
Could be cyclical. I wish I knew. The reason I'm positive about it is that in my experience, what I'm seeing is that the in-house teams sometimes tend to get closer to their agencies than their own organizations. And, in many respects, it can help bring the partnership together, better and closer. That's got to be a good thing. That's got to be a good thing that they have similar pressures, similar understanding of what they need to deliver on. So, I'm actually glass-half-full.

What are the main pain points that you're hearing from your clients?
We're seeing a lot of clients coming who are responsible for end-to-end experience. So you know, it's not just marketing, it's not just communications, it's the end-to-end experience. A good example would be a retailer whose digital presence is only increasing. It's really working both with the digital tools fueled by technology, the in-store experience and making sure that those experiences are end to end.

What do you think about when you think about Brexit?
It's going to be challenging. You'd maybe guess given my background, I'd like to have stayed as part of the European family. I do think that we're stronger together.

Do your clients ask about it or talk about it?
Increasingly. The fact that it's dragged on so long is difficult for many of our clients and it's hard to pinpoint major business decisions about removing investment in the UK to Brexit. It's difficult to link those, but for sure there are there examples of that.

You came over from Publicis. Most recently the president of Digitas. If I were to say “Marcel,” what are the first five words that come to your mind?
Well, I actually left before Marcel was officially launched, so that's how I get out of that one.

The word transformation appeared in one of Publicis’ recent earnings calls something like 33 times. It's a big, big buzzword. Publicis has what it calls “Power of One.” WPP has the bespoke agency meeting. IPG has its “open architecture.” How do these holding companies really differentiate when these things sound awfully similar?
It's an interesting moment in the history of holding companies. They've made major acquisitions in the last year, really all set new strategies in the last two to three years. You know, whether it's Publicis, whether it's WPP more recently. The Epsilon, Acxiom acquisitions. I do think that as things settle down, they'll look a little bit different in their strategy. It may not be obvious right now, but as they integrate the acquisitions, as we here at WPP bed down on our strategy, we'll look back in a year or two and we'll look and feel a bit different.

You've been at two big holding companies, you've been at independent shops. Talk about being an independent versus a holding-company-owned shop.
[Digitas] moved very quickly when we were private. We wanted to set up in Australia; we set up in Australia. We wanted to set up in Dubai; we just went and set up in Dubai and things happened pretty quickly. But at the end of the day, we lacked the scale and we got to a point where we just needed to do something different to scale quickly. And so that's when the Publicis acquisition happened in 2012. It did exactly what we'd hoped.It opened that door to big global clients, to multinational clients, to market-specific clients.

You’re French? You grew up in Paris?
My mum is French. I was born and raised in London, went to a French school throughout my lifetime in London, the French Lycee in London, and did live in Paris briefly, just before university. But most of my life has been spent in London or the last few years in New York.

How did you get into this industry? What was your childhood like that brought you to this point? Tell me about your mother.
[Laughs] Growing up I wanted to go into environmental science actually. And my goal was to work for the UN or the World Bank, something like that at the time. And I happened to actually do the degree in geography and then towards the end of that degree I did a work placement at Saatchi and Saatchi. Which is I'd say where I got the bug for the industry.