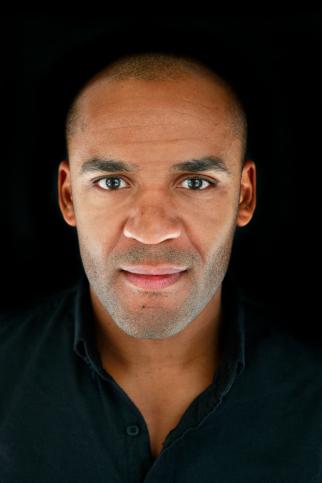 Alain Sylvain is the founder and CEO of Sylvain Labs, an innovation and brand design consultancy with offices in New York City, Amsterdam and, naturally, Richmond, Virginia. He started Sylvain Labs after stints in both the creative agency space and on the strategy side. Frustrated by each, he took his favorite elements from both disciplines and combined them.

He is discouraged, he says, by how creativity itself has become siloed in agency land, the province of art directors and copywriters only. "The industry has created this system where you're rewarding the wrong corners of the office. It should be something celebrated across the company."

We spoke this summer. We discussed what else frustrates him about conventional advertising—"I'm such a hater," he says—and where he sees his own company going in the next five years.

On diversity in advertising
"I'm a black man and I think about race a lot. Everyone knows that advertising is way behind when it comes to diversity and the creative community in general. The irony is if you look outside of advertising, there's amazing creative work that's done by people of color. And I'm including women also when I'm talking about diversity," he says. "If you look at social media and where the greatest memes and ideas are coming from, it's coming from young people of color."

The problem, he says, has its roots in the very genesis of the advertising industry. "It was created by these older white men in these mysterious offices and there was a misogynist culture, and it was a closeminded way of doing business. I think the vestiges of that are kind of there," he says. "There are a lot of sensitives and fear around culture and bringing in the culture of the other into the agencies."

On office culture and horrible bosses
One of the advantages of starting his own company, he says, is the ability to start from scratch and build his own culture.

"I want to work at a place where I want to be. I say this a lot, it sounds like a tagline: I hate jobs; I really love work," he says. "What makes someone great today is something different. It's not about being intense and putting people on the defensive and being aggressive about the work." His goal, he says, is to inspire people to makes something new and different—to create a space where they can feel comfortable to be themselves.

"I've worked at places where I would leave work and feel like I was becoming worse as a human being, a worse husband," he says. "I was impatient, I was insensitive. I was not as empathetic as I could have been. That's because I've had horrible bosses who brought the worst out of me and other people."

On advertising's identity crisis
The talent crunch in advertising is well documented. But beyond that, says Sylvain, people who do work in the field are less inclined to even call it "advertising."

"There's no doubt there's a massive exodus out of advertising of the greatest talent. That looks like a couple things: People are literally leaving creative agencies and starting their own businesses, or going to tech companies like Google and Facebook. Literally some of the best people in advertising over the last 10 years have left it," he says. "Not only from a literal sense are people leaving. but from an identity point of view and ideological point of view, people are not identifying as advertising people any more."

On being a child of immigrants
Sylvain's a middle child with parents who immigrated from Haiti—both factors that he believes drove him into entrepreneurship. "When you're raised by immigrants there's a real pressure and responsibility you have," he says. "There's a real burden to do something important and there's a lot of pressure for you to do that."

On what the agency of the future looks like
"The agency of future does more than provide sheer services and makes money from more than just tracking hours and getting paid for that. It means creating your own IP and your own products. It means behaving a little more like an investor. It means creating your own content, legitimately," he says. "There are agencies that are creating new technologies, agencies like Big Spaceship or Stink. They're creating proprietary tools that they can sell to big companies that you're not so wed to clients. Because that's the point: Clients aren't so wed to agencies."