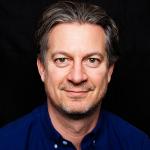 Since 2014, Neil Vogel has led the transition at About.com, which earlier this year rebranded as Dotdash. Under his stewardship, the IAC-owned company has gone from an all-things-to-all-people approach to a publisher of discrete, focused websites including Verywell (health), the Spruce (home), Lifewire (tech), the Balance (personal finance), Tripsavvy (travel) and Thought Co. (life hacking).

When Vogel came onboard, About.com was a sleeping giant, a Web 1.0 relic. Its evergreen topic pages generated a lot of traffic, strictly through search. But it was a mess under the hood, a design disaster and a confounding user experience. "When [IAC] called me, they probably owned it for six, seven eight months by the time I got there," says Vogel. "The phone call was, 'Hey what do you think about About.com?' The answer was, 'I don't.'"

After spending a year and a half trying to fix About.com, Vogel and his team landed on the idea of breaking it up into separate verticals to go narrow and deep on each. "It turns out the content was great. It was super-evergreen content which means it got a lot of traffic from scratch," he says.

Today, the verticals in aggregate have achieved something resembling some significant scale—to the tune of 60 million monthly uniques, according to ComScore. It was no easy feat, to hear Vogel tell it. "We'd made a much better About.com," he says today. "But it turned out, what we realized, and this was a hard conversation to have … About.com's model was wrong."

In this podcast, we discuss the challenges and opportunities of that transformation–but first he talks about the life-changing experience, early in his career, when he hit the road for a year with the sole intent of getting bored. We also dig into his time at the Webby Awards, which he had a hand in founding and making the cultural touchstone it is today.

Produced by David Hall. Subscribe to us on iTunes, check us out on Spotify and hear us on Stitcher. This is our RSS feed. Tell a friend!