Ad Lib Podcast: Po.et CEO Jarrod Dicker on Why Blockchain Could Save Publishing 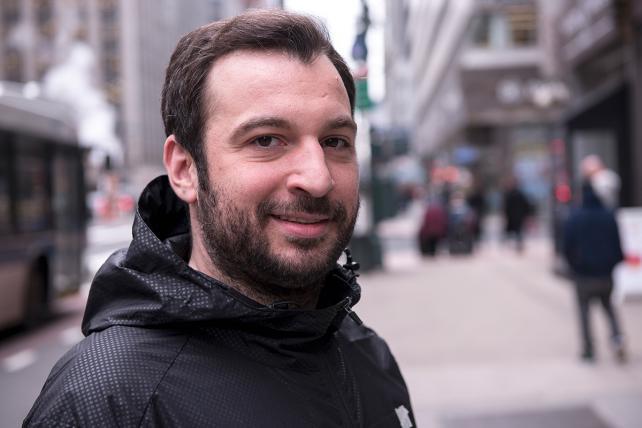 Jarrod Dicker was VP of innovation at the Washington Post — currently on a hot streak and owned by the richest guy in the world. In the middle of last month, a subset of the media world snapped to attention when he left the Post, where he built out a lot of pioneering proprietary tech for the company, to become the CEO of something called Po.et, which bills itself as "an open, universal, and immutable ledger for managing the ownership and licensing of the world's creative works."

It runs on blockchain, the technology that powers Bitcoin.

"The second biggest question I get behind 'what is blockchain' is 'why are you leaving Jeff Bezos' Washington Post,' a company that's been amazingly good to me," says Dicker in this edition of Ad Age's Ad Lib podcast. "The media industry in general has been extremely negative lately with headlines, whether it's the duopoly taking over our business … or you're talking about ad networks or scale and things of that nature. There's no positive momentum forward for media companies and it's sad because content is being consumed more than ever and wider than ever."

At Po.et, Dicker believes blockchain offers a "glimmer of hope" for beleaguered publishers, as an open sourced, decentralized ledger with stronger security measurements to help with attribution and valuation of content. "I've always believed in a better model. I've always thought that we're all recognizing something is wrong," says Dicker.

In this podcast, Dicker breaks down what he's up to at Po.et, describes what it was like to work with Bezos, and explains what publishers across the board tend to get wrong in terms of their business model.