Andrew McKechnie is charged with crafting the network's messaging at a pivotal moment for the company.
READ THIS NEXT
Barstool Sports CEO on building the d-to-c media brand of the future 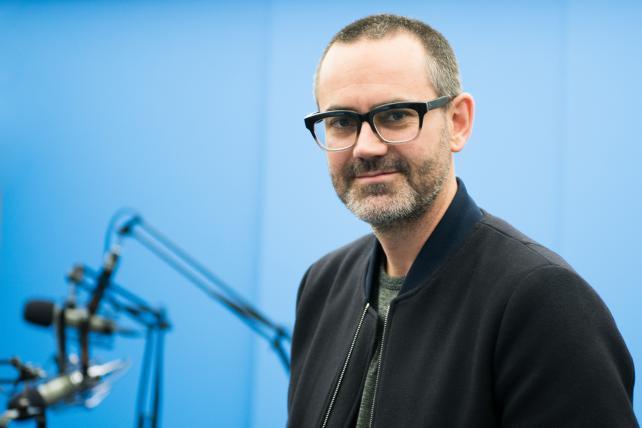 For the past 18 months he's been building the company's in-house agency, 140, honing the telecomm giant's communication strategy. It's no easy task. Networks, unlike the smartphones that run on them, are tough to make especially sexy.

"We've never celebrated the network in a way that's meaningful for people. It's been predominantly a coverage [and] best network play," McKechnie says on the latest episode of the Ad Age podcast, Ad Lib. "As the industry has evolved and matured, everyone is saying those similar things. We've never put a value on what the network means to customers."

And no network, he says, means no Uber, no Airbnb, no Netflix.

McKechnie comes by the gig honestly. Most recently global group creative director at Apple, he's held creative director titles at agencies including DDB, Y&R and JWT. On the podcast, he discusses the pros and cons of moving from adland to the brand side.

Working on the brand, he says, "you have people dedicated to really taking into account and thinking about the product and what the business does—from very early inception all the way to what you'd consider a launch moment. The team is along that journey from beginning to end. Because of that you're more invested."

Working at an agency, meanwhile, he says, you're "brought in at different phases—sometimes you're brought in early sometime you're not. That doesn't allow the creative product to be infused with the same thoughtfulness."

We also discuss the tension between creativity and technology, and the challenges specific to softening Verizon's image (in August it was revealed that Verizon throttled, or delayed, data flow to first responders during California's wildfires). "We need to bring a new narrative to our customers," McKechnie says. To that end, his team has introduced warm-and-fuzzy new commercials featuring "Silicon Valley" star Thomas Middleditch, and returned to Super Bowl advertising.

McKechnie's work comes at a time when Verizon's competitors are making a big bet on content: AT&T completed its acquisition of Time Warner in June; Comcast put in a failed bid for Fox's entertainment assets. Verizon, meanwhile, has Oath—comprising AOL and Yahoo—but is putting most of its resources behind the network itself and the future promise of 5G.