Welcome to Ad Lib, a new podcast from Ad Age that will feature a series of conversations with some of the biggest personalities in media and marketing. This is our pilot episode. The goal here is to do away with spin and jargon and get to know some of the more influential and innovative people in the space — and understand the humans behind the corporate titles.

Subscribe to us at iTunes here, or check us out on Spotify. This is our RSS feed.

There are a lot of big personalities in this industry—freaks, geeks, pirates, weirdos, hipsters, rock stars, legends, wizards, critters—and we hope to learn more about what makes them tick. What makes the different. What drives them—and where they think things are going. 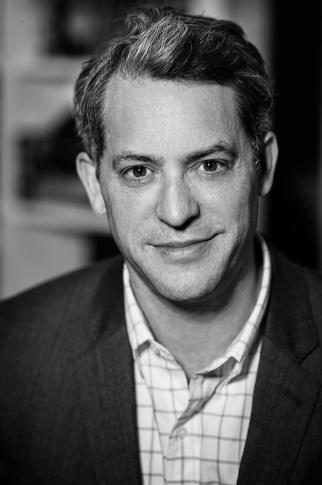 Our inaugural guest is Jim Bankoff, chairman and CEO of Vox Media, where he oversees eight brands, including the Verge, SB Nation and Vox.com. We discuss what's next for Vox Media, which has developed its own ad platform and creative services unit. He also reflects back on his time at AOL—where he managed iconic Web 1.0 brands like Instant Messenger, MapQuest, ICQ and others—and shares his biggest regret (like most regrets, it involves Mark Zuckerberg).

Vox Media is a 'house of brands'
And going deep on brand is the only way for media companies to thrive, let alone survive. "There's so much going on that if we're not making our identity as clear as possible then we're not going to succeed in the way we should be," Bankoff says. "Our opportunity-slash-challenge is that we are a house of brands. We have some of the biggest and most prominent brands for their generation in media." That's not to say it's easy. "It's hard enough to grow one brand, let alone eight."

That's also not to say scale isn't important
"Marketers are telling us that they need scale," Bankoff says. Rolled up together, Vox Media's individual brands—each covering a big category like sports or food—add up to something resembling significant scale. Through distribution partnerships with Condé Nast and NBC Universal, Vox Media is able to amplify that scale further.

Facebook: More friend than foe
"It would have been impossible to grow and scale without companies like Facebook and Google and even Twitter and other platforms that have emerged. As we continue to grow, it's going to be in they best interests to find that right equilibrium to find what that value exchange is for content companies."

On his days at AOL
Bankoff went to AOL straight out of Wharton and stayed for 11 years, "riding all the way up and part of the way down," he says. There, he helped develop or manage iconic products such as MapQuest, Moviefone, AOL Music, Netscape and AOL Instant Messenger. You can also thank (or blame) him for his hand in establishing TMZ.

His biggest regret
Asked what his biggest career failure was, though, and he points to this time in his life: "Why didn't [Instant Messenger] become Facebook?" he asks. "I had the opportunity very briefly to meet Mark Zuckerberg and I think the first time I met him I was running AIM still. I was at AOL. And he was all, 'Oh my gosh, that's how I started everything! I was a hacker on AIM and I would hack the status messages, and that was really a big inspiration for Facebook.' I was like, 'Oh … thanks.'"