Discovery Channel "I Love the World" from 72 and Sunny. Utter throat lump inducing joy and bittersweet. The world is just awesome.

Fave performance: Sean Donnellan, aka "Pi?ata" man, enabled by director Tom Kuntz. The explosive bitterness, the fluttering paper hair, the brown-stained bandage... they all add up to one of the funniest installments of one of the funniest campaigns from TBWA/Chiat/Day, New York.

Fave assertion of rational thought: The spate of atheist-sponsored advertising in the U.S. and U.K. None of the ads is particularly amazing. It's just that it's nice to see a counterpoint to all the religulousness. 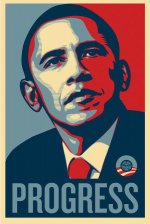 Skittles "Pinata." Never before have I met a pi?ata full of such pride and angst. Too bad the product wasn't as good as the spot.

The Obama campaign. So inspiring, so comprehensive, so ubiquitous. Props to Shepard Fairey, to the video game ads and to the "personal," persistent online fundraising efforts.

Swedish Armed Forces Recruitment Tests from DDBStockholm/ ACNE. I wasted way too much time on this site yet it was so worth it. Made me feel like I was feeding my brain. The second version came out earlier this year, and even though it was only in Swedish I still had to play it.

For vulgar hilarity: New York Pizza "Damn Tasty" from Selmore. Advertising would be much improved with the occasional well-placed "fuck" and simulated cocaine sniff scene.

Funnest Tech: MTV "Backchannel" from area/code. Finally, an attempt to harness the vituperative energy of the Internet.

Enduring Novelty: CNN T-Shirts from The Barbarian Group. This hits me on two levels, as a news junkie and appreciator of novelty T-shirts.

Gadgets: T-Mobile G1 Googlephone. I've been big-upping this phone since it came out of the box, but I think we've only begun to see what wild usefulness open-source thinking can bring to the mobile market.

Nike "The Next Level" from 72 and Sunny. The beautiful game as seen through the eyes of an up and coming player and Guy Ritchie's frenetic pace make this a classic. Only complaint? Too much Arsenal, not enough Tottenham.

Beautiful Losers. An ambitious project to document a contemporary art movement full of interesting characters. It's not perfect, but its earnest goal of providing inspiration and the subsequent marketing partnership with Nike demonstrate how it's possible to walk the tight rope between art and commerce successfully.

Tate Modern Street Art. The Tate does it right, not only getting amazing artists like Blu, Faile and JR to adorn the museum's exterior, but allowing visitors to enjoy the art in its natural environment by setting up a walking tour of commissioned pieces in the neighborhood.

Absolut Machines. MIT Lab rats and Great Works create musical machine installations that bring out the composer in all of us.

National Confectionary "Trumpets" from Fallon, London. That gummy bear is so cute I just want to eat him. And that's the point, right?

Swedish Fish "A friend you can Eat" print from JWT, New York. I obviously have a thing for fruit-flavored candy advertising.

Eames stamps. All together as a sheet, you have a beautiful collectors item and a mini visual history of two of the most influential modern designers. And individually, they look great on envelopes.