The 100 largest business-to-business advertisers last year spent an estimated $4.9 billion on U.S. b-to-b ads, up 3.4% over 2012, according to Ad Age DataCenter's analysis of measured-media spending data from Kantar Media. 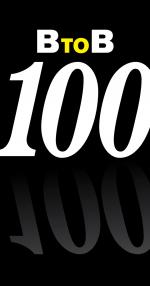 "The fact is, we are a clear market leader in some businesses, and when you are, you drive a campaign in a certain way, but in some ways we're challengers -- as with search, phone and in the tablet [market]," said Chris Capossela, exec VP-CMO at Microsoft, in an interview with Advertising Age earlier this year. "As a marketer, we're in so many businesses, we often have to see ourselves as a leader and challenger."

Microsoft went head-to-head with Google last year with an integrated campaign, "Scroogled," that bashed the internet-media company on everything from using "invasive" ads in Gmail to sharing data with app developers. The campaign included TV and online.

In one of its most memorable TV ads of 2013, called "Pencil," Apple used beautiful imagery of modern office buildings, laboratories and classrooms superimposed behind a table holding a pencil, with a voiceover describing how such a "simple tool" could create new ways to work and share. At the end of the spot, an iPad Air is lifted from behind the pencil.