How Banks Are Using Content to Connect With Consumers

Post Recession, Financial Services Marketers Are Eager to Be More Transparent
READ THIS NEXT
Sumner Redstone, Viacom head who built empire, dies at 97 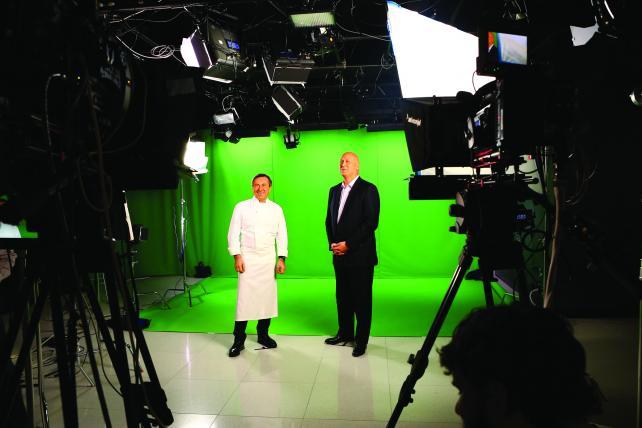 It's no secret that banks and financial firms have struggled with consumer trust in recent years. One important resource they are using to strengthen that bond is content designed to lift the veil on historically confusing financial practices, usher in a new era of transparency and establish them as the go-to places for financial advice.

Institutions like OppenheimerFunds and Bank of America are sharing their investment philosophies and shedding light on topics such as how to pay off debt or save money in order to position themselves as reliable partners in one's financial life. Regions Bank, headquartered in Birmingham, Ala., used content to empower recession-weary consumers with financial literacy and insight into banking options.

Meanwhile, Chase, one of the nation's largest banks, recently began showcasing branded content on its home page to bring attributes of its bank branches -- like a sense of community and personal advice from bankers -- into the digital experience. The section, called "News & Stories," features content on financial health and neighborhood issues, as well as ads for products like Apple Pay, labeled as promotions.

There is no shortage of financial information on the web and not all of it reliable, so firms are carving out niches for themselves by lending their industry expertise on topics. At Chase, that means focusing on the needs of key groups, like consumers and small businesses, as well as highlighting the communities it serves.

"When you get into something like this, you have to make decisions about what you're going to talk about," said Brian Becker, head of content at Chase, which started with content that was closely tied to the business, like small business advice, before venturing into lifestyle areas. "We're still learning about how to get better at telling those stories and making them more connected to products."

After adding "News & Stories" to its home page, Chase found that users who viewed the section stayed on the website three times longer than those who didn't.

Financial giant MasterCard also thinks of itself as a brand publisher, using media outreach, content and other tools to position itself as a technology company, focusing its content on a world beyond cash.

"You have to find a space where you can create something that is meaningful and relevant," said Bernhard Mors, VP-corporate and digital communications at MasterCard. He added that the company's social media command center helps it identify topics to weigh in on. "We're not pretending that we're on a soap box. We listen and we hear," he said.

Investment manager OppenheimerFunds doubled down on content when it opened an in-house studio at its New York headquarters nearly three years ago in order to share the firm's investment philosophy.
The studio, equipped with six cameras, six multimedia staffers and a production facility with animation, graphics and 3-D capabilities, pushes out 400 videos a year including live interviews with economists and other experts, webinars, thought-leadership stories and shows with partners like Bloomberg. Lately, it's produced more short-form content.

"There's an immediate need for more snackable, digestible information that can be done quickly and efficiently and also be very relevant," said Stephen Tisdalle, head of brand marketing at OppenheimerFunds. "The studio allows us to produce a lot of content … and quickly provide perspectives and insights."

He offered an example: When Forbes BrandVoice, the publication's native advertising arm, suggested a piece on long-term versus short-term investing in light of plummeting Chinese stocks and the devaluation of the Renminbi in September, OppenheimerFunds was able to quickly produce a video for the outlet that tied the issue to the firm's investment strategy.

Another major institution, Bank of America, is using its platforms to drill down on complicated financial topics like compound interest in a series called "Better Money Habits," created in partnership with the nonprofit Khan Academy. The program, which kicked off in 2013, touches on a range of topics, from breaking down payroll taxes for first-time workers to understanding the true value of a car, or how much allowance to give a child.

The effort performed surprisingly well on Pinterest, said Meredith Verdone, head of enterprise, consumer, global wealth and investment management marketing at Bank of America, because it's a place where people plan ahead. There, Bank of America pushes tips on life events with financial ties, like planning a wedding or taking a big trip, as well as other topics. On Vine, the firm also offers bites of information, often tied to longer explainers, on issues like how to teach a child about budgeting.