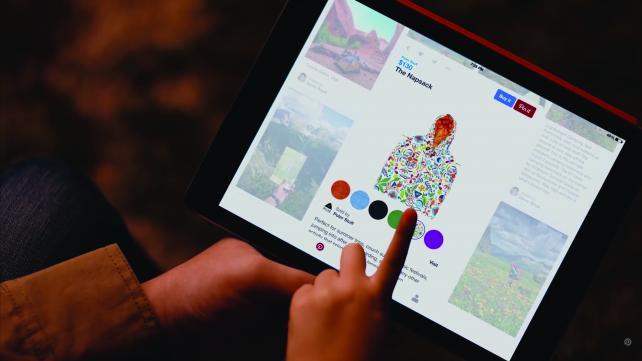 Even as batches of smaller, startup retailers are quick to embrace "buy" buttons, don't expect the technology to move the needle too far into the black for bigger mainstream retailers this holiday season.

But for holiday shopping, buy-button technology is far too new to have a meaningful impact on sales, experts said. Further, if retailers have not already rolled them out, they are unlikely to take such a gamble by the late November-December shopping onslaught, predicted Mr. Goldberg. Retailers generally consider the holiday season something of a "no-fly zone" for new technology rollouts and prioritize making sure existing systems are stable. A test during the off-season is far more preferable to discover strengths and weaknesses in the technology.

"Only a few retailers that have specific merchandise are going to be able to squeeze it in," said Mr. Goldberg of buy buttons. "Right now, retailers have to go buy the tool and figure out how to use it. By next holiday they will already have the tool and know how to use it and will be making a strategic decision on which products to sell on which networks."

Consumers, meanwhile, are still just getting accustomed to shopping via mobile devices. Mobile commerce makes up only 15% of total digital sales, ComScore said in a June report.

According to Mr. Goldberg, retailers will see 50% of traffic come from mobile by holiday. But sales conversion, he said, is three times worse on mobile devices than when consumers shop via desktop computers.

Retailers are betting that mobile spending will increase. Because of the expected growth—importantly, as users begin to see buy buttons as a trustworthy way to make purchases—retailers must make buying via that platform "actionable," said Michael Jaconi, CEO and co-founder of Button, a company that connects apps whose clients include Uber, OpenTable and Airbnb. "When on Facebook or looking at Pinterest, that's where your intent materialized: 'I want this thing,'" he said. "You want to take action on that intent in that moment. That's where it's exciting on buy buttons. The button is now taking the distributed intent and trying to give that consumer the chance to fulfill it or satisfy it."

The idea is to "eliminate all the work you have to do as a consumer," said Cristina Cordova, head of business development and partnerships at payments company Stripe.

The market for the buttons will probably emerge in earnest in 2016, said Ms. Cordova. She said she sees buy-button testing being done this quarter with refinement in the new year. Still, she added, "A lot of partners we're working with have been working with merchants to get up and running within this quarter."

Technology, Ms. Cordova said, is moving past such offerings as PayPal because retailers themselves now often store credit card information and use auto-filling fields, which eases the shopping experience further.

Once Relay is integrated into a retailer's selling platform, customers can choose the channels, such as Facebook or Twitter, on which they want to sell products. Retailers can directly integrate Relay at the API level, but merchants also can manually add products from the Relay dashboard, which would be one way to test selling on social platforms for the season.

Buy buttons have already proven useful for Pinterest. The company's head of commerce, Michael Yamartino, said the social network will stay busy adding merchants through the holiday season. Pinterest began working with Stripe early on because, for one, Pinterest did not want to hold consumers' credit card numbers.

As for his end-of-the-year outlook: "We're focused on expanding the platform to add more merchants and products, making those discovery experiences really resonate so when they're in shopping mode they see all the best stuff. And we want to make sure everyone feels comfortable using this feature," said Mr. Yamartino.

Pinterest partners with retailers Bloomingdale's, Wayfair, Neiman Marcus and Nordstrom. On the technology side, it works with IBM WebSphere, Demandware, Shopify and others. And it has doubled the amount of buyable pins to 60 million since introducing them in June. Pins are only buyable via mobile platforms; 80% of Pinterest users access the site via mobile, Mr. Yamartino said.

Rollout, he said, has been better than expected, in part because Pinterest focused on the fashion and home decor categories, areas consumers were already looking at. The company is revamping a feature that will let consumers know when the price drops, said Mr. Yamartino.

Pinterest made up about half of retail collective Madesmith's social media traffic—translating to 50% of overall sales from social media—before the launch of buyable pins. Most recently, Madesmith sourced 8.6% of total orders from July to October from buyable pins, said Nadia Rasul, co-founder of the retailer, which launched in 2013. All of those orders were from new customers, she said.

The results so far give Ms. Rasul a positive outlook for the November-December sales period. "I'm quite positive about the holiday season, that it's going to be quite significant," she said. Madesmith's goals are to promote "mindful consumption" and to provide consumers with the stories behind its handmade items and the people who make them.

Mr. Goldberg said Shopify, which Madesmith uses as its main e-commerce platform, has been successful as the first to preintegrate many of the new buy buttons. It's easy for small companies, like Madesmith, to opt in to a buy button and pick products to sell, he said.

In contrast, "A large retailer on an enterprise e-commerce platform has a lot more work to do," said Mr. Goldberg.

Retailers should also take note, Mr. Goldberg said, that buy button capabilities don't overlap with the "traditional e-commerce mission over holiday," which is to make as much profit as possible by selling many products and drawing consumers in by offering the right mix of promotions. That's largely because buy buttons only allow for one product to be purchased at a time.

In the case of Tuft & Needle, however, this idea could get put to the test. The three-year-old mattress retailer said it plans to roll out Stripe's Relay within a few weeks, before Black Friday, in order to test the technology on Twitter during the holidays. The company already uses Stripe to process payments on its website.

CEO and co-founder J.T. Marino said the social media rollout makes sense for Tuft & Needle because it looks for ways to ease the shopping experience. The hope is for an improvement in conversion.
"This is a great time to test it, because people are in the shopping spirit. It would almost be a missed opportunity not to launch it before the holiday season," said Mr. Marino, who said mattresses are actually a strong holiday seller.

Taking a risk on such technology isn't unusual for the brand, either. Tuft & Needle rolled out the ability to pay with Bitcoin in 2013, he said. In its first year, such sales made up about 1 to 2 percentage points of revenue; it has since slipped well below 1%, but Mr. Marino said he has no regrets.

"We're very test-driven. We don't really view [a buy button] as big risk. People are accustomed to the 'buy it now' button on Amazon. More and more people are learning about buying products on social media rather than catalogs," he said. "People are used to clicking on that button. Why wouldn't they be willing to try this out?"