Ad Tech, Sprawl and Too Many Meetings: Can Creativity Still Shine at Cannes? | Ad Age
Skip to main content
Sign In Register

Ad Tech, Sprawl and Too Many Meetings: Can Creativity Still Shine at Cannes?

Conversations Touch on Creativity ... and Everything Else Too
READ THIS NEXT
Cannes Lions scraps plans for live festival 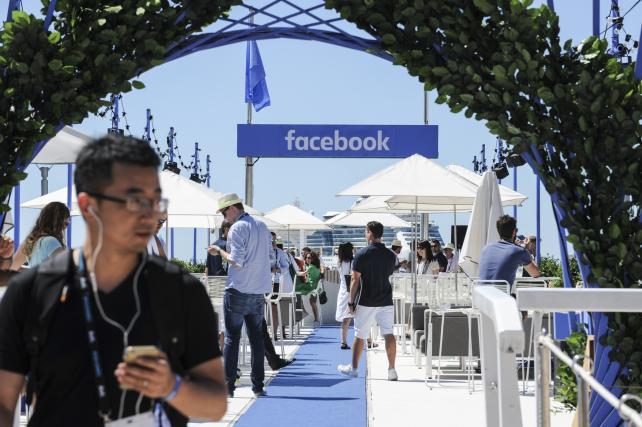 Thousands descend upon the Cannes Lions International Festival of Creativity every year, but this time, it seemed that attendees were defending creativity as much as celebrating it.

Panel after panel at the central Palais des Festivals, to say nothing of private conversations in five-star restaurants and aboard yachts, turned to the pressure that automation, artificial intelligence and penny-pinching procurement departments are bringing to bear on the creative product.

"I've been coming to Cannes for 15 years and this is the first year where no one, I mean no one, was talking about creative," said Rob Schwartz, CEO of TBWAChiatDay New York. "VR? Yes. Ad blocking? Yes. Gwyneth Paltrow? Yes. Creative? Not so much."

Clients have been invading the creative festival for years, and tech firms have lately joined the trend. But their proliferation, combined with the ever-increasing size of the event, has left some feeling that Cannes has just about maxed out—at least as a creative celebration. Chris Dobson, CEO of The Exchange Lab, said he was partly responsible for bringing ad tech to Cannes in 2002, when he was at Microsoft. "Look what I've done," he joked. "Nobody goes in the Palais anymore."

There was plenty of grousing about sprawl, including the segregation of Lions Health to a separate building at the Palais the weekend before the full festival. WebMD CEO David Schlanger said it's time to more fully integrate health into the main show.

Where there wasn't sprawl, however, there was crowding. Clear Channel Outdoor cornered part of the Grand Hotel lawn for the week, right next to the Havas Café. The lobby of the Majestic hotel was crammed with chairs and tables, the owners understandably seizing the chance to cash in.

Worse? "You can't even go to the Majestic beach," said Publicis Communications CEO Arthur Sadoun, who stays at the Majestic. "That's difficult for a Frenchman."

Facebook took over the beach last year, creating an invite-only zone (you could call it a walled garden). With Google locking down its own length of sand, WPP CEO Martin Sorrell dubbed the stretch "Duopoly Beach."

And technology, of course, can play a part in creativity.

One global agency network CEO who has been coming to Cannes for over a decade said the emphasis on technology and digital isn't necessarily a departure from creativity. Rather, it's an expression of its evolution and the new focus on reaching consumers through better data, tech and branded content.

But there was still a thread of fear over creativity getting lost in the shuffle. "As an industry, we need to get our confidence back," said Susan Credle, global chief creative officer at FCB. "We don't want to be defensive. We want people to say, 'Holy cow, we are helping the economy and brands and moving the world forward.'"

The industry must also insist on making clients understand how valuable the work is, Ms. Credle said. "We have been selling our Rolls-Royce ideas like they are Vespas."

In addition to the move toward what Matt Eastwood, worldwide chief creative officer at JWT, called the "productification" of advertising, perhaps the biggest theme was that maybe, just maybe, Cannes has grown too big for its purpose.

Some people complained about back-to-back-to-back meetings that prevented them from seeing much of the work or more than a few seminars. RB Senior-VP Global Marketing Laurent Faracci said the company's policy was to put senior people in meetings while sending more junior marketers to see the work, seminars and award presentations.

"Less is more," said Procter & Gamble Co. Global Brand Officer Marc Pritchard. "We've really tried to give people a little air so we can spend more time on the work."

Mr. Sorrell said he is less concerned about an invasion of ad tech than a festival that continues to expand. He even hinted that at some point WPP might have to reconsider Cannes from a business point of view.

One U.S. automaker, noting packed schedules and the pace of the festival, said he might not come again. "It's too intense."