Rent the Runway and Le Tote Open Up Data to Marketers
READ THIS NEXT
Matthew McConaughey, eyes shut, meditates for Lincoln to plug deal with mental fitness app 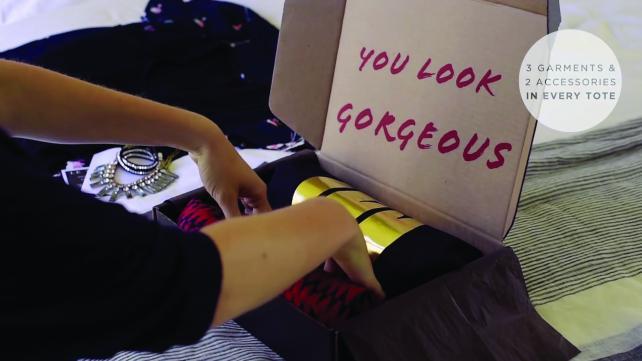 Le Tote shares with partners such as Levi's feedback from shoppers.
Credit:

Fashion rental startups and subscription sites like Rent the Runway and Le Tote have been stirring up retail with business models that make fashion more accessible. And they may also be data goldmines for brands exploring new markets and styles.

Le Tote, a three-year-old subscription service, recently partnered with Levi's to carry its new women's denim collection, which was designed for a range of body types. The relationship is a test for both Levi's and Le Tote, which has never offered jeans before. It will gauge whether there's a demand for denim on Le Tote's platform, and how consumers are responding to Levi's new styles.

Even before the shared-fashion platform began stocking the jeans, Le Tote and Levi's were getting feedback based on shoppers who have added the styles to their virtual closets. The early demand around a product helps the startup determine how much inventory to stock, and it means the garments can be shipped to shoppers as soon as they arrive in Le Tote's warehouse.

"We measure everything ... to really understand how our customers are responding to their products," said Ruth Hartman, chief merchandising officer at Le Tote. "Working with a brand like ours, there's so much more data that is precise and open. From what I've seen, [brands] are thrilled to get it."
Through the site, customers also rate items based on fit and whether or not they liked a style, and share the reasons why. Ms. Hartman said 85% to 90% of customers rate items every time they receive a shipment, or tote, because their recommendations are based on those ratings.

That data is shared with Le Tote's partner brands and designers on a monthly basis, so they can measure how the merchandise performs.

For companies like Almar Sales, which sells licensed brands including Sam Edelman jewelry and The Sak handbags to Le Tote, details on how many people have the merchandise in their virtual closets, how often the items were reordered, how long customers kept an item, what colors shoppers liked and how the items fit are among the most valuable feedback. That's because the company doesn't receive that information from other retail partners like department stores, said Mara Perlmutter, president of Almar Sales. "It is a very good testing ground," she said.

Almar Sales has been working with Le Tote for about nine months, and Ms. Perlmutter said it's still too early to tell how data will influence Almar's broader business, but she's watching closely.

"Le Tote is still in its infancy," said Ms. Perlmutter, who said she began receiving data from the company during the first quarter, and it has gotten more compelling as time goes on. "The learnings that we get from them will be much more significant over time, if they retain their customer base."

Rent the Runway, a more established fashion rental site, also shares data with its vendors each season to help brands gauge how designs fare with 5 million millennial shoppers on the platform. It looks at metrics like fit, color and style, as well as the items shoppers pair outfits with, whether items were rented more than once and where the styles were worn. Shoppers also post images and comments on the platform, which are available publicly.

"Getting a performance report is great, but what they really want ... are more insights into the reactions and the emotional experience," said Sarah Tam, senior VP-merchandising and planning at Rent the Runway. "Brands just really enjoy all of that data and they are coming on board to really teach [the millennial shopper] about the brand, have her fall in love with the brand, but also see her reaction," said Ms. Tam.

Most recently, Ms. Tam said Rent the Runway's brick-and-mortar expansion in markets like Chicago, Las Vegas and New York has helped designers see how styles are performing in different geographic regions and what makes one look more successful than another.

"They have a niche and they know their customer," said Wafa Elkady at Taylor Dress. "We collaborate with them to make sure that we can give them what they need." She added that oftentimes women's styles go to Gwynnie Bee first before rolling out through the brand's broader retail network.

The subscription site also serves as a test ground for high-end brands entering the plus-size space. About two years ago, a fashion brand, which Gwynnie Bee declined to name, piloted its new plus-size styles on Gwynnie Bee under a separate name to see how consumers would respond. The two companies collaborated with one another on fit and style until the brand was comfortable enough with the collection to move it under its own name.

"We offer brands a platform to experiment and we give them data on a very tight loop," said Christine Hunsicker, CEO. "It's one of the things that really draws brands into us."