Mark Fields, Exec VP of Ford Motor Co. and President of the Americas
READ THIS NEXT
Subscriber Exclusive: May 11, 2020 issue of Ad Age

CHICAGO (AdAge.com) -- Ford Motor Co. was Ad Age's 2010 Marketer of the Year, so it was an easy call to name Ford one of America's Hottest Brands. But Ford's turnaround is a complex story of doing many things right: an appealing product; high quality, innovative marketing; gutsy financial moves; and a focus on the company's core brand. 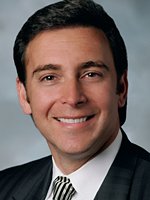 The formula is resonating with consumers: The Ford brand this year grabbed the No. 1 spot in U.S. auto/light-truck market share, up from No. 3 (behind Toyota and General Motors' Chevrolet) in 2008. The brand's year-to-date sales jumped 23%, double the industry growth.

Ford generated attention -- and goodwill -- when the company declined to take a U.S. government loan during the dark days of 2008, even as Washington was bailing out GM and Chrysler. Two years later, that gutsy move is still paying dividends: Fifty-five percent of Americans say they are more likely to buy a Ford because the company didn't seek a bailout, according to a September survey by Rasmussen Reports.

But the Ford turnaround was mostly built on a better product. Ford Fusion, its top-selling car, scored as the highest-ranked midsize car in J.D. Power and Associates' 2010 APEAL Study, which examines how appealing a vehicle is to own and drive based on owner evaluations. Motor Trend named Fusion its 2010 car of the year. Consumer Reports rated the 2010 Fusion as the most reliable family sedan, beating Toyota Camry and Honda Accord. (Consumer Reports ranked Ford overall as the most reliable domestic brand, scoring just below Toyota's Lexus.)

Ford is the focus. The company has sold off Jaguar, Land Rover and Volvo, and it's shutting Mercury. That leaves just two brands in the garage: Ford (more than 90% of sales) and luxury marque Lincoln.