LOS ANGELES (AdAge.com) -- One year ago, Ad Age named Hyundai the 2009 Marketer of the Year. Hyundai kept rolling in 2010, with year-to-date U.S. sales jumping 21% (twice the industry's growth rate). Factor out fleet volume (such as rental fleets), and Hyundai's retail sales to consumers are up a whopping 29%. 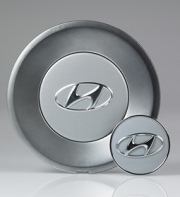 Credit:
Tony Pettinato
Hyundai built on its reputation for value during the downturn, propelling the brand to the No. 6 selling nameplate in 2010 from 10th place in 2007 (when the recession began).

Don't confuse good "value" with bad "cheap." True, the South Korean automaker entered the U.S. 25 years ago with its $4,995 Excel, notorious for its quality problems. As recently as 2001, Hyundai ranked 32nd out of 37 brands in J.D. Power and Associates' Initial Quality Study. But Hyundai has made remarkable strides in quality. Hyundai ranked third among non-premium brands, behind Ford and Honda, in J.D. Power's 2010 quality study. Consumer Reports rated Hyundai just below Toyota's Lexus and Ford in predicted reliability for 2011 models.

Still a skeptical consumer? Hyundai Assurance -- a 10-year warranty, roadside assistance and the ability to return the car if you lose your job -- is intended to give customers more confidence in the brand. "Hyundai Assurance kind of completes the brand," said John Krafcik, Hyundai Motor America president-CEO.

Consumers are taking notice. The automaker's "Uncensored" campaign -- local test-drive events; unscripted comments of consumers on TV spots, YouTube and Facebook -- is prompting more prospects to check out Hyundai. A record one in three U.S. consumers this year said they would consider buying a Hyundai, according to the GfK Barometer of Automotive Awareness and Imagery Study. The number of "Hyundai" searches at auto websites is growing, and web traffic to Hyundai.com has broken records this year.

Hyundai has more good stories to tell -- including creating American jobs. Hyundai expects U.S. factories to build about two-thirds of Hyundais sold in the U.S. in 2011.

But it's product that is driving sales. Hyundai's top seller, the redesigned Sonata, has been a hit among auto critics and consumers, making Hyundai a contender in the hotly competitive market for family sedans.

Hyundai has moved upmarket with its sleek Genesis (average transaction price: about $37,000). Next month, the company takes on Mercedes-Benz and other premium brands with the Hyundai Equus, a luxury sedan with a starting price of $58,000.

Will Hyundai succeed in selling luxury under its mainstream brand at stores that sell the $9,985 Hyundai Accent? Hyundai once again is breaking the rules. But it's this kind of gutsy move that makes Hyundai such an intriguing marketer to watch.