Marketers, Agencies Poach Whizzes for an Edge on the Programmatic Revolution
READ THIS NEXT
Four reasons why brands need to partner with e-commerce sites

Andre Banilevi was moving through the final stages of a digital ad buy when things suddenly got weird. Working on one of the industry's automated -- or programmatic -- technology platforms, Mr. Banilevi reached the screen where buying programs are officially activated, only to find his was already on. Quickly, he clicked his mouse twice to pause it.

"I could spend a million dollars in probably an hour," Mr. Banilevi later said, explaining what could go wrong in a worst-case scenario.

In this circumstance, however, no harm was done. Mr. Banilevi realized that though the campaign was set to "live" -- an instruction to start bidding on and buying digital ad space -- its start date was set for the following month, and no money was spent. Relieved, he continued his work.

The future of advertising -- one where terms like "automation" and "big data" are more than jargon sprinkled into PowerPoints -- may be in the hands of 20-somethings like Mr. Banilevi. Just 23 years old, the Northwestern economics graduate uses eight software programs to buy millions of digital ads each week, plucking them from a pool of trillions without ever speaking to an actual person. If harnessed effectively, that kind of power can deliver smarter, more efficient media buys. If not, it can lead to million-dollar screwups. 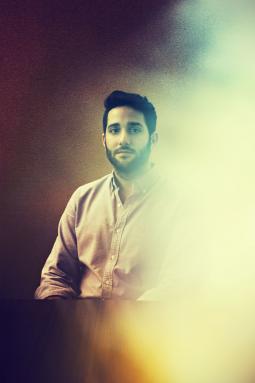 When Mr. Banilevi began his college studies in the fall of 2009, the job he holds today essentially did not exist. Back then, the advertising industry was just beginning to understand the benefits of automating the digital ad buying process, which, due to its sophisticated targeting options, requires more effort to execute than any other medium. Unlike TV, direct digital ad buys necessitate constant checks of inventory availability and an arduous trafficking process where operations teams often upload dozens of ads per campaign to a server with multiple levels of targeting criteria.

"If [automated] Ad Exchanges are widely adopted, it could revolutionize how online media is bought and sold," ad agency Razorfish said in its Digital Outlook report published in 2009. Six years later, that revolution is well underway.

Until recently, many questioned the value of programmatic advertising. Publishers saw it as a threat and buyers saw it as a source of dodgy, low-value inventory. But with those concerns dissipating and major brands, including American Express, saying that they intend to buy 100% of their digital programmatically, the practice is booming.

At the center of it all sits Mr. Banilevi.

Inside the trade
When Paul Rostkowski took the reins at Varick in 2011, the company was little more than a seven-
person outsourcing department that handed the actual execution of MDC's programmatic ad campaigns over to ad-tech companies and analyzed the results. This model, Mr. Rostkowski said, didn't work for him. He wanted control of every piece of the process, especially the data, which he believed would be important not to outsource to yet another third party. So Mr. Rostkowski grew the agency to 52 people, and now it does everything in-house.

Despite the fact that traders like mr. Banilevi are fresh out of school, mr. Rostkowski declined my request to take a spin with the technology and actually do some ad buying. "it takes our traders quite a long time to actually begin to trade," he said.

Instead, i spent hours sitting alongside mr. Banilevi, who gave me an inside look at the technology itself and the buying process.

Working on a programmatic ad-buying system is not exactly a glamorous endeavor. Much of my time with mr. Banilevi was spent uploading and checking ads, an arduous process. After that step was completed, mr. Banilevi selected inventory sources and applied targeting criteria. One targeting selection, for example, directed the campaign to focus on the top 20% of ad placements most likely to be viewed for the longest period of time. Mr. Banilevi also set criteria directing a campaign to target those who abandoned shopping carts while excluding those who already purchased. He then set bids and campaign budgets.

As Mr. Banilevi pushed through the campaign setup process, he was mindful to help Varick make its margins. The agency agrees on an average ad price with its clients and then its traders go out and find the inventory for less money. That spread is what Varick takes away in profit. In some cases, Varick agrees on a flat percentage rate on the media instead.

Traders like Mr. Banilevi handle the actual buying, but Varick employs five people for every trader. He is surrounded by account management, product, partnership, engineering and data science teams. Employing so many people leads to inevitable questions about how automated this process really is, but their presence allows the traders to run, and consistently optimize, a large volume of ad-buying activity. Mr. Banilevi, for instance, was running 33 campaigns when I visited Varick. A colleague, he said, recently broke 40.

"Don't forget to use your resources," Varick Client Solutions Manager Ali Weissburg said before the campaign setup got underway, emphasizing the importance of the support surrounding the process.

The data crew
Of all the groups, Varick's data science team is perhaps its most critical. The group sits to the right of Mr. Banilevi and consists of analysts with degrees in either math or economics -- or both. There's Albert Klyachko, 33; Josh Suskin, 24; and Eamon Kavanagh, 26. These are the guys who build algorithms to predict the results of football games for fun. (Yes, they actually did this.) And even though they sit in an ad agency with badges and business cards, it's hard to believe they're in advertising, rather than developing software or building financial models on Wall Street.

They sort through campaign data, reams of it, pulled via API from buying technologies and handed over in rows and columns with information on each ad placement. The data guys collect information like the site the ad ran on, the ad-tech it went through, how much it cost, the location it ran in, when it ran and whether it led to a conversion. They then run this wealth of information through algorithms, coming up with optimizations that help traders like Mr. Banilevi find what they refer to as "juicy pockets of inventory." 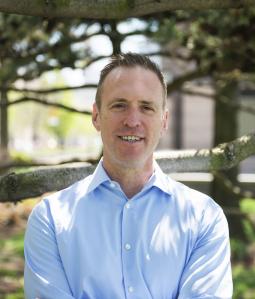 The team also looks to identify how quickly prospects convert. Armed with that data, traders can raise bids at key moments, ensuring their ads are served frequently during those windows.

On one of his two monitors, Mr. Suskin pulled up a screen with 847 lines of code that run numerous variables. Using this code, he's able to identify which sellers are leading to the most conversions at an optimal cost. "It's an optimizer on steroids," he said.

The data crew is in the process of teaching Varick's traders how to run some of these analyses themselves, bringing an added level of sophistication to the entire operation.

"We look for people [who are] really good at math," said Mr. Rostkowski, pointing out a trader who recently graduated from Columbia's engineering program. "Math is a primary requirement."

Challenges await
When you build a team full of experts in a booming technology field, and programmatic advertising is just such a field, you become a target for poachers. "Everybody we hire, we let them know we're going to make [them] a lot smarter if they come to work here. And therefore, you're going to become a lot more valuable over time," Mr. Rostkowski said. "I'm subject to lose all these people at some point in time."

When asked about his career prospects over lunch a few blocks from Varick's office, Mr. Banilevi revealed he had been approached by another company, Netflix, which reached out to him via LinkedIn. "I think they just blasted LinkedIn, and anyone involved with programmatic, they just hit them," he said. Other people he knows received similar messages from the company, he said. Netflix did not immediately return a request for comment.

Mr. Banilevi did not pursue the conversation -- he says he's not interested in leaving Varick -- but interest in traders from brands rather than other agencies could be the biggest problem Mr. Rostkowski faces. In-house buying teams at major brands are the fastest-growing spenders in the programmatic ecosystem, according to data from ad-tech company Index Exchange. And though Netflix wasn't successful in its efforts to recruit Mr. Banilevi, it did recently land Kathy O'Dowd and Mike Zeman, two programmatic specialists from VivaKi, Publicis Groupe's programmatic division.

Agencies are also working to figure out the best programmatic model. Earlier this year, VivaKi dispersed its traders to Publicis' individual agencies, in an effort to bring traders closers to clients. Brands have also been pushing agency holding companies for more transparency when it comes to programmatic buying.

"I can't imagine any one of those operations being as good as centralized trading," Mr. Rostkowski said, dismissing the suggestion that dispersed trading may work better. It's easy to understand his point of view, given the number of groups at Varick that rely on each other for specialized knowledge.

Even if the structure changes, the process of automating digital ad buys will be hard to roll back at this point. Not only does programmatic buying have the potential to be more efficient than standard ad buying, it could also be more effective. Mr. Banilevi and Varick's data crew make a convincing case.

"There's no doubt it will take over," Mr. Rostkowski said of programmatic, which is now making inroads in TV and print. "It will be the way to do this, whether that's [in] 10 years, 5 years. It's just the natural evolution of all technology."