YORK, PA. (AdAge.com) -- From the moment the iPad was announced in January, the sleek touch tablet has generated headlines, spurred competitors' own pad-product development and marketing, and grabbed an early market share lead in the emerging category. 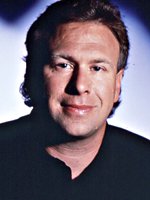 Philip Schiller, senior VP-worldwide product marketing
The multimedia device so captured consumers' attention this year that the first million were sold in less than a month after its April debut to make it the fastest-selling product at launch in Apple's portfolio.

Philip Schiller helms marketing for Apple, but he has had help from other executives in the iPad's marketing efforts. CEO Steve Jobs has been vocal during presentations about iPad's success, predicting that the iPad and its tablet brethren will eventually replace PCs. Apple design guru Jonathan Ive also stepped out from behind the shadows to serve as a key figure in an official iPad video. Mr. Schiller appears in it as well, promising that "It's going to change the way we do the things we do everyday."

He may well be right. The iPad, with some 8 million already sold, has spurred a touch-tablet tempest as PC and phone makers -- and even some business-to-business tech players such as Cisco -- are rushing to add a media tablet to their portfolios. Post-iPad, media tablets are now expected to become a $21 billion business by 2014, a significant increase from less than $1 billion last year.

Apple has invested heavily in marketing the iPad, with $67 million spent in paid media on iPad alone from its launch through August, according to Kantar Media.

Then there's its impact on marketing. Just the design of the iPad has influenced all of display advertising, while Apple's iAd platform supercharged the mobile ad industry simply by its announcement. And then there is this: A recent Nielsen study found that iPad owners are not only more receptive to advertising, but more likely than other mobile-connected device owners to make a purchase after viewing an ad on their iPads.