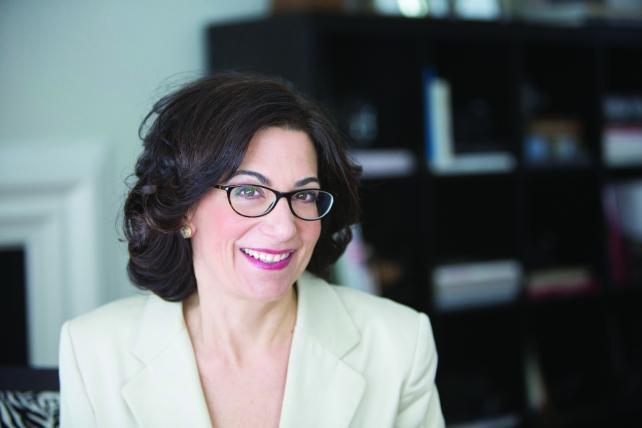 Bonnie Kintzer, a Reader's Digest Association veteran from 1998 through 2007 who returned as CEO
Credit: PR Newswire

Bonnie Kintzer was running her own marketing agency in 2013 when she got a call from her old boss, Reader's Digest Association board member Eric Schrier. He asked Ms. Kintzer, who rose up the ranks at RDA from 1998 to 2007, to come back -- this time as CEO. Initially, she was reluctant.

This was a company that had declared bankruptcy twice, after all, and had been through three CEOs in three years.

"I spent a lot of time with the investors," Ms. Kintzer said. "They said, 'Sign an NDA and you can look at everything.' There should never be any surprises. So I knew what I was walking into. The market and the world had shifted tremendously in seven years and it was right there in black and white."

Today, 18 months later, she has brought privately-held RDA from bankruptcy to profitability. The company is now changing its name to Trusted Media Brands in order to battle the common assumption in the marketplace that it is a one-title publisher.

"It's not at all about distancing us from Reader's Digest," said Ms. Kintzer. "It's about having a name of a company that actually states who you are. At the end of the day, 99% of people will think that the one brand Reader's Digest Association has is Reader's Digest."

It's tough to verify those numbers with third-party sources, although what they show on individual brands suggests significant reach. Paid and verified U.S. print circulation at Reader's Digest itself averaged 2.7 million in the first half of the year, according to its report with the Alliance for Audited Media, and GfK MRI estimated average total readership for the magazine, including passalong copies, at 18.9 million adults. The U.S. paid-and-verified print circulation for all Reader's Digest Association titles averaged 8.9 million.

But Reader's Digest is just a small portion of the company's digital reach. The Reader's Digest website attracted 3.8 million unique U.S. visitors across desktop and mobile in August, up 22% over the year prior, according to ComScore; Taste of Home attracted 11.5 million, up 9%. This year, Reader's Digest Association has signed on more than 250 new print and online advertisers, including Lowe's, Walgreens, Toyota and Rubbermaid. Ms. Kintzer claims every brand at the company is profitable and said profits overall are expected to jump 30% this year.

Launched in 1922 by husband and wife team DeWitt and Lila Wallace as a compendium of household tips, homespun wisdom, inspiring stories, jokes and self-improvement tips, Reader's Digest hit its heyday in the mid 1970s, when its circulation reached 17 million, making it the most-read publication in the U.S. next to TV Guide.

Over the ensuing decades, the title began a downward spiral. By 2009, circulation was 5.5 million and the title—coping with a rapidly aging user base—cut its frequency to 10 times a year from 12. For most of its history, Reader's Digest Association actually was based on that one title. That changed in 2002 when RDA bought Reiman Publications and its various titles including Taste of Home, Country Woman, Birds & Blooms and Reminisce, for $760 million.

Ms. Kintzer attributes the rise in traffic on her current watch to an emphasis on pushing the right content on Facebook and Pinterest, where the company's wholesome content performs well. Jason Stein, founder and CEO of Laundry Service, said RDA is going in the right direction.

"They've realized that it may not be in their DNA to be experts on this and be executing on this on Day One, but they know it's really important and they seem to be partnering with a lot of people in the space who can help them monetize in new ways." Among those recent partnerships was a deal with The Moth, the nonprofit storytelling association; they are presenting 19 events through March 2016. The company also partnered with Priceline this summer to launch online travel centers based on its titles.

Ms. Kintzer said a recent ad campaign with insurer Physicians Mutual leveraged the company's strengths: The contest asked consumers to share their best Sunday recipes and the stories behind them. The winning recipe was featured on all of Taste of Home's platforms. The program lifted consumers' opinion of the brand by 72% and netted more than 385,000 Facebook engagements, according to the company.

Ms. Kintzer also credits the digital turnabout to some high-profile hires on her watch, including Chief Revenue Officer Rich Sutton, poached from the Mail Online; Chief Marketing Officer Leslie Dukker Doty, a veteran of CVS Caremark and MasterCard Advisors; and WebMD's Kirsten Marchioli, named VP-group publisher. Mr. Sutton said the mix of digital savvy and a "well-lit environment" for content is a potent combination for advertisers, who are wary of appearing next to content that veers into edgy. "All of our brands are all-American," Mr. Sutton said. "People are genuinely connected to the content."

Todd Wasserman
View all articles by this author