READ THIS NEXT
Inside Apple's New Campus: No Childcare (But You Can Freeze Your Eggs)
Credit: Illustration by Kotryna Zukauskaite for Advertising Age

You've surely seen those eye charts trying to organize hundreds of marketing technology vendors by category. There are the iconic Lumascapes by Terence Kawaja. And there's my own Chiefmartec.com marketing technology landscape, which last year organized 3,874 martech solutions on a single slide. (Spoiler alert: the upcoming 2017 edition will have more.)

These charts provoke a visceral reaction of shock ("How can there be so many?") followed by fear, uncertainty and doubt ("How do I pick the right ones?"). One marketing executive referred to my landscape as a kind of graphic horror novel for CMOs.

Instinctively, perhaps as a coping mechanism, most people conclude that a martech marketplace of such scale is unsustainable. It's bound to consolidate, and soon. And then, thank goodness, we will have a manageable number of marketing software choices.

But what if that didn't happen?

Before you start sputtering or twitching, hear me out. Because not only is that scenario plausible, it actually could be a good thing.

While that's an easy metric to count, however, it ignores the relative scale of those vendors. A more realistic view would show the distribution of revenue among them. Adobe, with $1.63 billion of revenue for its Marketing Cloud in 2016, is 1,000 times bigger than a martech startup that just made its first $1 million.

Through that lens, the market is already consolidating. It looks like a pyramid: a few billion-dollar giants on top, dozens of firms earning $100 million or more at the next level down and thousands of companies with less revenue below that.

But interestingly, at the same time that the ones on top are growing larger, the number of companies on the bottom is still increasing. So by revenue distribution, the industry is consolidating. But by number of firms, it's expanding.

Is that a paradox?

No, it's actually a fairly common market structure in the age of digital platforms known as a "long tail"—a small number of blockbusters and a seemingly infinite trail of ever-more-niche offerings. We see this with Netflix (movies), Amazon (books) and Spotify (music).

In fact, platforms draw their strength from the vibrant ecosystems that blossom on their foundations. For instance, Apple with iOS and Google with Android have "consolidated" the mobile market while simultaneously enabling a long tail of millions of mobile apps.

Martech is a little different, because most of the large vendors—with the notable exception of Salesforce—initially downplayed the platform opportunity and positioned themselves as "all in the box" solutions instead. (In their defense, Steve Jobs was initially reluctant to open up the iPhone to third-party developers too.)

However, that's changing. Adobe, HubSpot, IBM, Marketo, Oracle and others now each support and promote integrations with dozens or hundreds of other marketing technology products. And new technologies such as customer data platforms and integration-platform-as-a-service providers are emerging as platform-like alternatives.

There's growing competitive pressure for who will amass the biggest and best ecosystem. They're motivated by the virtuous cycle that successful platforms can achieve. A large ecosystem attracts more customers, and more customers attract a larger ecosystem.

Stable platforms reduce the cost and risk of adopting third-party products. This encourages more of them to be adopted and, in turn, more to be developed. (How many apps have you installed on your smartphone? Martech won't be that simple, but the principle is the same.)

The result could be a market that is effectively consolidated at the platform level, yet splendidly diverse in the number of specialized products available to plug into those platforms. Some third-party developers will be big, with category-leading, horizontally-applicable applications. Others will be small and narrowly-focused on more vertical solutions. It will be a lengthy long tail market.

You'd have the benefits of stability and plug-in compatibility that good platforms offer, including a common backbone for unifying customer data. But you'd also have the benefits of augmenting those platforms with creative third-party products that best fit your particular business needs, harness the latest innovations and give you the freedom to differentiate in a digital world.

The charts full of logos won't get any less busy, but for marketers, it could be the best of both worlds.

Scott Brinker is the author of "Hacking Marketing" and editor of Chiefmartec.com. 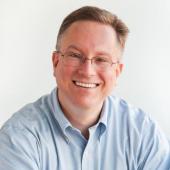 Scott Brinker
Scott Brinker is the author of "Hacking Marketing" and editor of chiefmartec.com.
Follow View all articles by this author