Olympic Sponsors Prepare to Go 'All in' for the Games

How McDonald's, Coca-Cola, NBC and Others Are Gearing Up for Rio
READ THIS NEXT
Tokyo Olympics delayed one year after virus wipes out 2020 Games 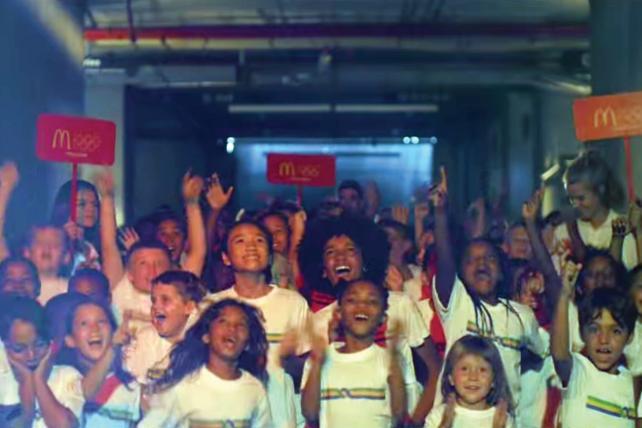 McDonald's is bringing children to the Rio games.
Credit: McDonald's

Olympics sponsors heading to Rio de Janeiro this month are prepared. They are also prepared to wing it.

The lineup of U.S. and global sponsors include some, such as Coca-Cola and McDonald's, that have been at the Olympics several times before. Newcomer Hershey, which signed a five-year agreement with Team USA just last fall, did not decide until late spring whether to even hold an event in Rio.

The confectioner opted to focus on one party, rather than host retailers or pull off other pursuits that might have been hard to achieve with just a few months' notice. It settled on a s'mores party on Aug. 10, designated National S'mores Day, along with a simultaneous event in Hershey, Pa. So milk chocolate bars, marshmallows and graham crackers were shipped to Brazil from the U.S. in refrigerated containers. 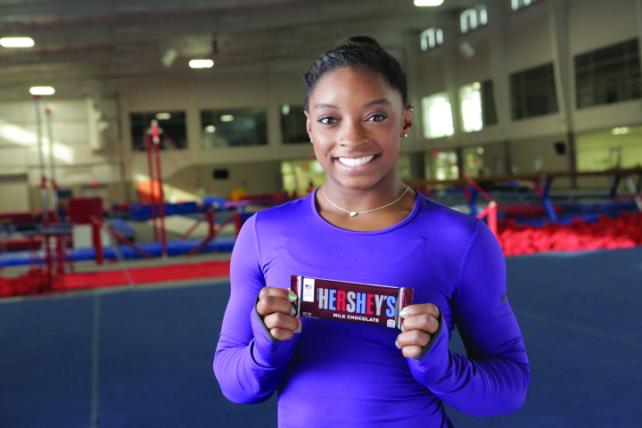 Gymnast Simone Biles is working with Hershey, which is hosting a s'mores party.
Credit:
Business Wire

While the brand is new to the games, David Palmer, Hershey's director-partnership marketing and planning, attended the Vancouver and London Olympics when he was in sports marketing roles at Procter & Gamble. "Regardless of how detailed you want to be on your daily timelines and planning, you're still at the whim of the city, at the whim of traffic and, quite honestly, other people's schedules," Mr. Palmer said. To that end, Hershey is building in about two-and-a-half hours for a 10.6-mile drive to get athletes over to the Team USA House.

Rio will be the eighth Olympics trip for Erin Weinberg, exec VP-group head of communications for United Entertainment Group. She'll be on the ground with about a dozen staffers, working on 10 undisclosed brands.

"The Olympics is the kind of thing where if you don't love it, you probably shouldn't be doing it, because you have to be all in," Ms. Weinberg said.

This year, transportation is going to be a little challenging since the Olympic venues are spread out, Ms. Weinberg said. "We won't know the full extent until we're down there."

Though Tina Davis, managing director-global marketing and sponsorships at Citi, spends most of her time during the games working—the brand is sponsoring five Olympic athletes this year and will also host a rooftop venue at the Team USA House—she will try to attend events in which Citi's athletes are participating. Budweiser, a longtime U.S. Olympic Committee sponsor, plans to host some guests in a hotel on the iconic Copacabana beach. It is also serving cold beers at the Team USA House on Ipanema beach. Meanwhile, the official beer for Rio 2016 is Skol, the leading beer brand in Brazil, which is owned by Anheuser-Busch InBev affiliate AmBev.

McDonald's is sending 100 children from around the world to Rio. While it has sent kids to the games since 2008, this is the first one at which the company arranged for them to be part of the opening ceremony. For most of the children, this marks their first travel outside their home country, and for many their first airplane ride, said David Zlotnik, senior director-global public relations at McDonald's.

Peter Franklin, group director-worldwide sports at Coca-Cola, has been working on events including the Olympics and FIFA World Cup for more than 20 years. He said the soft-drink maker works to get all of its employees at the games to at least one event. "For new people working on these projects, there are really only two outcomes," Mr. Franklin said. "Some people, like me, become addicted to the global events and want to make it a career. Others love the experience once, but can't imagine putting themselves through this more than once."

Momentum President-Chief Marketing Officer Kevin McNulty has been attending the games since the 1984 Summer Olympics in Los Angeles, when he gave tours to the athletes as a student at UCLA. Momentum is working with sponsors Nissan and Brazilian private bank Bradesco on the Olympic torch relay, an event that started in May and will conclude when a surprise torchbearer lights the cauldron during the opening ceremony. Mr. McNulty, who remembers Muhammad Ali performing the honor in Atlanta 1996, said the final torchbearer is always a secret.

NBC Universal, which is airing the games, will have roughly 2,200 employees on the ground in Rio, said Gary Zenkel, NBC Olympics president. NBCU also hires about 600 to 700 locals. NBC staffers were on hand to receive the 100-plus shipping containers of 120,000 tons of equipment that is sent ahead of the games. It took NBCU about two to three months to move into its Rio home, the International Broadcast Center, and it will be out of the space 10 days after the Olympics conclude.

In all, NBCU will air more than 6,500 hours of Olympics coverage across 11 networks and platforms and stream 4,500 hours of live coverage, which requires 40,000 meters of fiber optic cable in the NBC Olympics compound, 2,750 color broadcast monitors, 51 edit suites, two studios and two control rooms.