Video Is Video. I Can Just Put Our Expensive TV Ads on the Web, Right? | Ad Age
Skip to main content

Video Is Video. I Can Just Put Our Expensive TV Ads on the Web, Right?

Not so fast, moneybags. People don't interact with the web the same way they do with TV. Consumers tend to be more active online and are ready to click away to another enticing locale as soon as the idea strikes them. They may not want to sit through a 30-second video ad, and definitely not a 60-second one.

Think of an online video ad as a sort of haiku -- make it enticing, but don't make it any longer than it has to be.

WEB SURFERS ARE ACCUSTOMED TO POP-UPS AND POP-UNDERS, AS WELL AS PAGE TAKEOVERS AND ADS EMBEDDED AS LINKS INTO TEXT. SO IS IT TRUE THAT I CAN BE MORE INTRUSIVE HERE THAN I WOULD IN OTHER MEDIA?

You can intrude, but you still can't annoy. When developing Hulu.com, the video-sharing site owned by News Corp. and NBC Universal, executives took pains to make sure people saw ads that accompany showings of "Hill Street Blues" and clips of "Saturday Night Live." They did it, however, in a way that doesn't distract from the experience -- at least in theory. Before Hulu launched in beta, the idea was to pair 30-second ads with long-form video, but with only 25% of the ads one might have to sit through while watching mainstream TV. With shorter videos, Hulu planned to allow a 10- to 15-second video overlay, which viewers could click if they wanted to further interact with the advertiser. Since that time, more intrusive executions, such as corporate logos in the bottom corners of the screen, have surfaced.

I SEE LOTS OF EDGY STUFF ON YOUTUBE AND OTHER PLACES. WEB AUDIENCES LIKE MARKETERS TO TAKE CHANCES, SO I CAN REALLY GO HAYWIRE, YES?

Time for a gut check: What kind of marketer are you? If you sell jeans, movies or other youth-oriented fare, chances are you can have a field day. The same holds true if you are targeting a niche audience, as Philips Norelco did in 2006, when it launched a risqu? website aimed at selling an electronic shaver for men. The company knew the site wasn't going to draw in grandmothers, so it felt free to be edgier than it might have in a more mainstream venue. Then again, if you sell Jell-O or or soap or soup -- things that appeal to families and a broader swath of consumers from a range of backgrounds -- you might want to think again. Broad messages require more sensitivity and sensibility.

THE MOST POPULAR FORM OF ONLINE VIDEO ADVERTISING IS THE "PRE-ROLL," RIGHT? SHOULD I ALIGN ALL MY EFFORTS TOWARD THAT TYPE OF PLAN?

The only thing certain about advertising with online video is that nothing is written in stone. While it's true that placing a 15-second "preroll" piece of video in front of a video selection has become sort of the standard in this nascent environment, the truth is that lots of other ideas have been percolating. "For several years, discussion around video-ad standards was almost completely focused on preroll ads," according to the 2008 Digital Outlook Report from Avenue A/ Razorfish, the digital-media shop that is part of Microsoft's aQuantive. The company expects other formats, including video overlays, some contextually targeted to the subject of the video, ad "skins" that surround video clips and in-page links to ads placed in text of articles online, will gain some ground.

IS THERE A CHANCE THAT ONLINE VIDEO ADS AND REGULAR OLD TV ADS MIGHT BE THE SAME?

Yes, but not in a way that lets you run the same creative concept on both venues. On the web, interactivity is a given. Ads that prompt the viewer to click for a deeper experience have quickly become the norm, whereas on TV, long a passive medium, ads strive to entertain and generate awareness for products. As cable companies use their set-top boxes to make TV as interactive as a computer, look for video ads on TV to adopt some of the characteristics of their online counterparts. 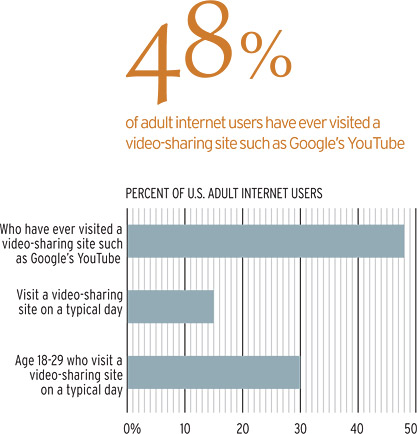 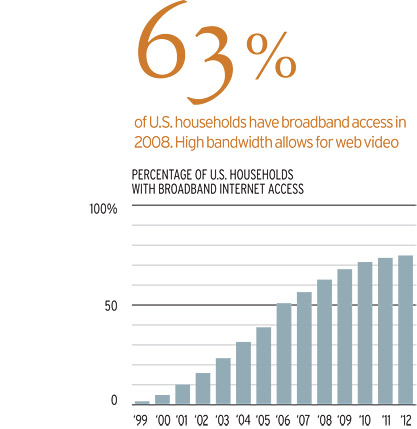 Is funny business really a business? Three online comedy sites are trying new models as a means to find out.

Comedy.com, a site backed by private-equity funding and headed by former UPN CEO Dean Valentine, is selling highly-targeted advertising. Meanwhile, the Independent Comedy Network, backed by angel investor Bill Apfelbaum, the chairman of out-of-home advertising company Titan Worldwide, is looking for brands to subsidize content creation. And Will Ferrell's Sequoia Capital-backed FunnyorDie.com is the beginning of a network of "OrDie.com" sites that aim to target very narrow ad audiences.

So despite their shared focus on humor, the ventures take starkly different views on how to make bucks from yuks.

Comedy.com focuses on both user-generated and original, exclusive content, done on the cheap. "It's not just what you take in, it's also what you spend," said Mr. Valentine. "'Funny' is an involuntary response that has nothing to do with production values; we don't believe in the additive value of celebrity or high-price talent. It'd be delightful to have Will Ferrell, but an idiot chipmunk can be just as funny -- and often, the chipmunk is much funnier."

Mr. Valentine said the chief selling point of Comedy.com will be its ability to predict what its users will like based on past viewing preferences. Comedy.com uses a player from video-syndication and monetization company Ooyala, which is able to record users' recent preferences and make intelligent suggestions about what other comedic clips on Comedy.com they might enjoy. Its malleability also applies to advertising.

"The video player ... knows what it's playing at any given moment, and can insert ads that are appropriate [to the content]," said Mr. Valentine.

While Comedy.com seeks to become the destination site for laughs, Independent Comedy Network founder Marc Campbell, 33, said his goal is the exact opposite. Mr. Campbell was a private-equities trainee at JP Morgan who discovered that private equities aren't very funny after all, and so began a second career as a stand-up comic.

He hopes to make an end-run around Hollywood's development hell with mini-shows whose appeal has already been proved online. As such, ICN's focus is on episodic, rather than one-off content. "Our whole premise is developing new entertainment properties, and then migrating them up the food chain," said Mr. Campbell. "There's a new rung in the content-development ladder. NBC used to spend $2 million on a pilot. That's very risky. Now, the internet becomes the de facto farm league for TV."

ICN has informal alliances to use semiprofessional (read: undiscovered and, largely, unemployed) talent from improv clubs such as The P.I.T. and The Magnet in New York, the Improv Olympic in Chicago and the iO West in Los Angeles.

The ICN site launched with five original scripted series, including "Two-Eighths Life" a parody of the since-failed NBC web transplant "Quarterlife." With 15 distribution partners, including branded channels on video sites like YouTube, MySpaceTV and DailyMotion, Mr. Campbell hopes to release additional series later this winter and have a total of 40 series online for 2008.

"Figuring out an ad model for things that are one-offs is what we're all trying to figure out," says Erik Flannigan, exec VP-digital media at Comedy Central. "It's a debate we've been having internally since I arrived here: Are you better off paying virtually nothing for 100 assets that might never become anything or are you better off paying 100 times that price for one that does?"

Mr. Campbell said he's in early talks with a brand he declined to identify to finance the next set of "Two-Eighths Life" episodes -- a model that he believes will keep the venture from hemorrhaging cash until its hatchlings hopefully make it to prime time or a film studio. "Product placement is so ripe for making fun of -- we feel like we can do that in an organic way," he said.

Comedy.com head Dean Valentine
ICN has not yet secured a brand, but its distribution partners have placed their clients' ads around the ICN content, from sponsors such as Coke Zero, Jack in the Box, Cheetos and American Express. "Two-Eighths Life" is still in talks with a brand about direct sponsorship. Mr. Campbell declined to comment on CPMs but insisted they were "above average" for web video.

Will Ferrell, meanwhile, is working to franchise his own site, FunnyOrDie.com, after early success with the web video "The Landlord." The site promises to connect advertisers with niche audiences.

According to the site, in fourth quarter 2007, FunnyorDie.com averaged more than 3 million unique visitors a month with an average visit length of five minutes. It offers advertisers webisode sponsorships; skins and roadblocks; in-video programs; and custom ad programs including creation, production and promotion of video, along with in-video product placement.

"We're not a lowest-common-denominator play trying to get 100 million people, aged zero to 100," said Mr. Glover, "Our offer to advertisers is to get a good, pure audience. Young males. Or, say, action-sports fans."

But one man's funny could be another advertiser's too much. "There's some truth to the idea that [comedy sites] can offer better-targeted, niche audiences," said Brad Adgate, senior VP-director of research for Horizon Media. "If you compare broadcast TV's web video with online comedy sites, it's just not a level playing field, because of the content: If you're online, you can get away with a lot more."
-- Claude Brodesser-Akner