READ THIS NEXT
Rolling Stone Puts Itself Up for Sale

Among the year's unusual marketing ideas for Rheingold beer, from New York brand-building agency Powell, were these "professionally graffitied downtown store nightshades," as the client calls them. Those would be the metal barriers that are pulled down on just about every retail store in New York when it's closing time. Rheingold, targeting late-night consumers as part of a larger "Don't Sleep" campaign, which also included late-night happy hours in bars and bodegas, and late-night TV, wanted "a presence on the streets of New York, but we also wanted to avoid conventional media like billboards and wildpostings because they just don't fit the Rheingold brand," explains writer Josh Rogers. So the agency commissioned five New York artists to paint nightshades all around the city, starting with Maya Hayuk's first installment of her "Skulls" series on 15th Street and Ninth Avenue. 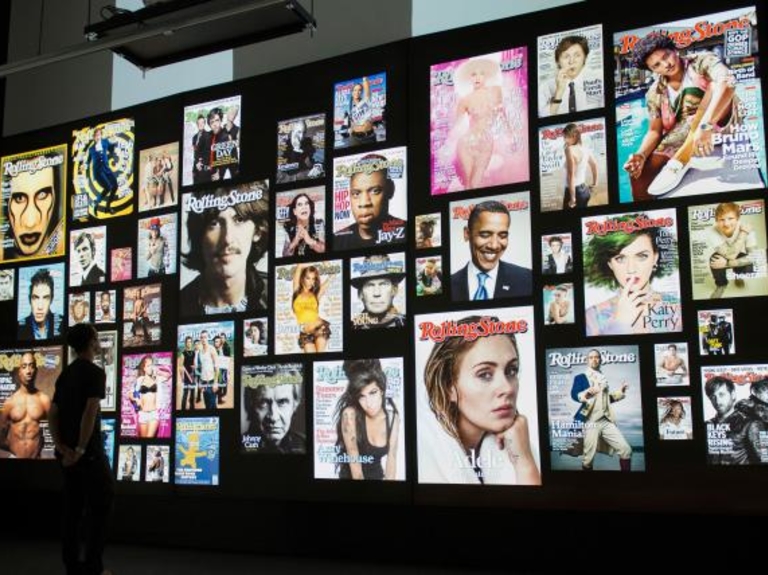