As Cars Get More Advanced, Automakers Collect Huge Amounts of Data
READ THIS NEXT
YouTube's pushback on kids’ privacy criticized by consumer groups

Most new car buyers may not realize it, but they've probably signed an agreement allowing the maker of their new ride to track data on car location and times of day they're behind the wheel. 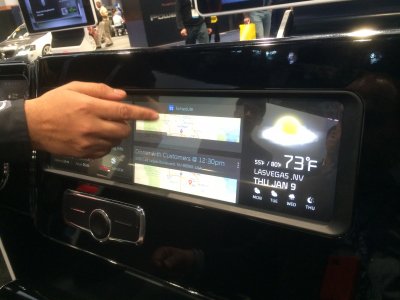 The three principles are simple enough: provide transparency of what data is collected and how it's used, give consumers the ability to choose with whom to share data and why, and make sure the data is secure.

"This is our basis for what we might do on the policy front going forward," said Michael Green, spokesman for the AAA National Office. "A lot of consumers are worried that their car is spying on them," he said, noting car tracking technologies have lots of potential benefits and are "not something people should necessarily be scared about."

The organization pointed to benefits such as enhanced emergency response, auto problem diagnosis and traffic management.

Tech-laden cars
However, he added, car manufacturers are collecting a lot more data than they actually have a purpose for currently. And, if the tech-laden cars from Ford, GM, Kia, Audi and others on display at the Consumer Electronics Show in Las Vegas last week are any indication, they're going to be collecting and storing a whole lot more.

A September 2013 AAA study found 68% of those surveyed were concerned about privacy and security of car data, and 79% believed consumers should always be allowed to choose whether their auto data is shared and with whom.

"More and more cars are going to have connected features," said Mr. Green. "We are recommending that consumers should be aware of this." Although he said automakers require car buyers to sign agreements approving data collection, he added, "Most consumers aren't aware of what they're signing. They're very excited about driving a car."

Driver privacy bill
Several Senators co-sponsored a bi-partisan Driver Data Privacy bill introduced Tuesday by US Senators John Hoeven, R-N.D. and Amy Klobuchar, D-Minn. The bill would give drivers ownership of data collected by Event Data Recorders in vehicles, "to ensure that government and other entities respect the Fourth Amendment rights of Americans," according to a statement about the bill from Sen. Hoeven.

The auto data privacy front is heating up in the new year. Commissioned by Sen. Klobuchar's state partner, Senator Al Franken, D-Minn., the US Government Accountability Office's report on car data collection practices could be used to bolster his own location-privacy bill.

Representatives from AAA met with Sen. Franken's staff recently to provide information about how auto manufacturers are collecting and using vehicle data, according to Mr. Green, who said he believes Sen. Franken will introduce driver data privacy legislation soon, or possibly update his location privacy bill with proposed auto data use rules.

More momentum behind potential car data rules comes from the FTC, which discussed the issue during its Internet of Things Workshop held in November. AAA provided public comments to the FTC following the workshop.

"AAA believes the core Fair Information Practice Principles that inform the FTC's 2012 privacy framework -- namely, transparency, choice, and security -- should guide the data practices of companies that make and operate Internet-enabled objects, including vehicles," stated AAA in comments released to the FTC.

The comments listed several types of data that can be collected by automakers, including vehicle speed, tire pressure, seatbelt status, mobile phone use and the number of people in the car.

The AAA document also indicates that auto manufacturers want to track even more information. "In 2011, General Motors' OnStar service announced a change to its privacy policy, which would have allowed the services to continue collecting car data -- including location data -- after consumers had cancelled the service. The change also would have permitted OnStar to sell the data collected to third parties." Intervention from US Senators prevented the company from following through on its privacy policy changes.