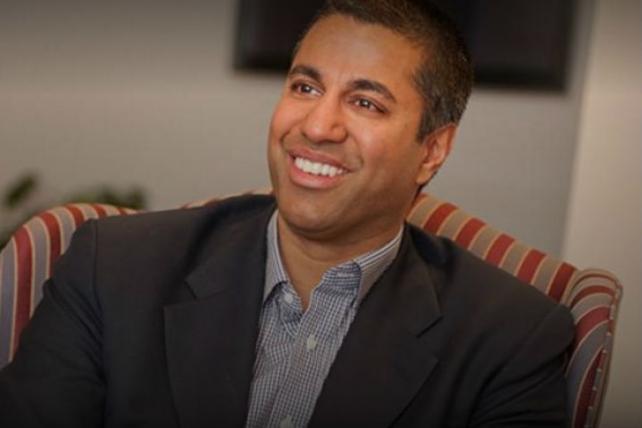 The Trump administration yesterday named Federal Communications Commissioner Ajit Pai Chairman of the agency. While commissioner, the Republican appointed to the FCC by President Barack Obama in 2012, opposed the agency's sweeping privacy rules limiting data gathering, use and sharing by Internet Service Providers. But in the past, he has presented a nuanced view of how he believes the agency should deal with privacy rules.

In the dissent he wrote in November against the FCC privacy rules for ISPs, the Indian-American Harvard grad argued that the agency should consider the use of persistent online identifiers when developing a data de-identification standard. As media agencies and data firms continue their push away from cookies toward cross-channel identification of consumers, Mr. Pai's comments are worth noting:

For example, I asked my colleagues to acknowledge that persistent online identifiers (like static IP addresses) pose a larger privacy issue than more transitive identifiers. Distinguishing between the two in our de-identification standard would incentivize ISPs to compete with edge providers for online ads and do so through more privacy-protective technologies. Unfortunately, my colleagues were unwilling to compromise on this—or in any other meaningful respect.

In December, the Federal Trade Commission settled with digital ad firm Turn, which allegedly used persistent identifiers or "super cookies" to track Verizon Wireless customers after they blocked or deleted the cookies.

In a December speech at an event held by libertarian think tank Free State Foundation, which opposed the FCC's privacy rules, Mr. Pai referred to the agency's rules as "regulatory overreach," and signaled his hope that under the Trump Administration the commission would "shift from playing defense at the FCC to going on offense" by advancing business-friendly free-market policies.

Still, Mr. Pai implied in his November dissent that he would support standardizing rules for all internet firms. "The FTC could return us to a level playing field by changing its sensitivity-based approach to privacy to mirror the FCC's," he wrote. "No congressional action would be needed in order for the FTC to establish regulatory consistency and prevent consumer confusion."