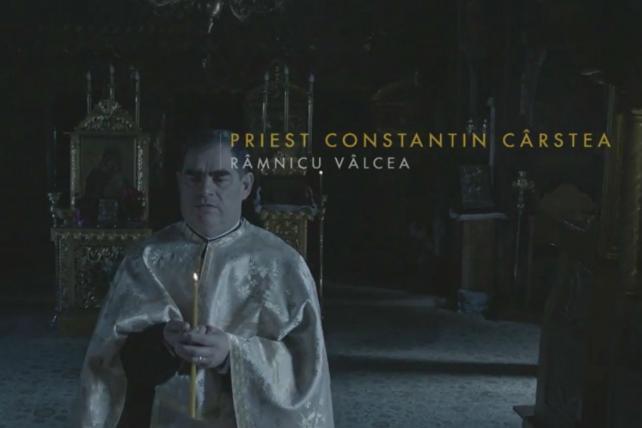 These are the damning words of Constantin Carstea. The Romanian priest is featured in a new movie ultimately intended to help sell web security software – or at the very least, remind American consumers that they might want to protect themselves against security threats.

"In Search of the Most Dangerous Town on the Internet," a 20-minute documentary about hackers in Ramnicu Valcea, Romania, is part of an ongoing branding campaign for Symantec's Norton, the security software provider. The town is known as "Hackerville" because of the prevalence of cybercrime perpetrated by people living there. Produced in conjunction with Grey Global San Francisco and directed by Sean Dunne, the foreboding short is a continuation of the "Boldly Go" branding campaign launched by Norton a year ago.

But the campaign isn't just about branding or selling software, stressed Kathryn Kane, director of global campaigns at Norton. "Consumers still don't understand the need for digital protection on all operating systems," she said. "We want to ensure that customers understand that this is a serious threat right now," she added. "But we wanted to do it in an entertaining way."

Lighthearted entertainment it's not. The film, conceived in November 2014 and shot on location in April, is a bleak series of interviews with hackers, some who've been caught and identified, others who remain anonymous.

Marcel Lazar, better known as "Guccifer" (a name he chose to evoke "the style of Gucci and light of Lucifer") is a prominent figure in the film. He hacked the Bush, Clinton and Rockefeller family emails. He leaves this disturbing message for the audience: "Every American open wide their eyes because something very wrong is going to come to them this year."

Norton spent around 20% to 30% of its marketing budget on the film effort, said Ms. Kane, who said the campaign will run for 12 weeks and feature additional content produced by Norton's four-person in-house content team going forward. Norton will use paid and earned media to promote the film.

The film makes no mention of Norton, and doesn't suggest that viewers should purchase security software, though the MostDangerousTown.com site where the film resides includes a page describing Norton as "a leader in digital security," which links to the Norton Security with Backup product.

Expect more Norton-backed films to come. "The hope is that this is going to be an episodic series," said Ms. Kane. "We're in search of sort of the hot topics, the most relevant and prevalent threats…to identify what are the stories that we can tell."