Why We All Need to Worry About Children's Privacy

FTC and Regulators Aren't Just Watching Sites and Apps Made for Children
READ THIS NEXT
YouTube's pushback on kids’ privacy criticized by consumer groups
Yelp settled with the FTC after being accused of improperly collecting children's data.
Credit:

Think the Federal Trade Commission forgot about its crackdown on COPPA violators? Think again. I have six predictions for what to expect from regulators this year as Children's Online Privacy Protection Act changes go into effect for real.

But first a little background: When 2013 came to a close, operators of child-directed sites and apps breathed a sigh of relief that the Federal Trade Commission had not brought any actions based on violations of the final amendments to the Children's Online Privacy Protection Act Rule (otherwise known as "new-COPPA"), which went into effect on July 1, 2013. Today, these operators are no longer sighing in relief but concerned that the FTC will increase its enforcement efforts against new-COPPA violators in the upcoming year.

So what changed? A few years ago, the FTC updated the rule -- originally enacted in 1998 -- to keep pace with evolving technology, such as smart phones, tablets and social media platform. As part of that review, the agency expanded the definition of "personal information" to cover geolocation data, photographs and videos containing a child's image and voice, and persistent identifiers, such as cookies, when used to behaviorally target children. .

Some in the advertising industry criticized new-COPPA, finding the changes confusing and unworkable and ultimately resulting in the demise of smaller sites and apps due to the loss of behavioral advertising dollars. An unofficial FTC grace period ended in September 2014, when the commission announced separate COPPA-related settlements against online review app Yelp and mobile app developer TinyCo, amounting to a total of $750,000 in penalties.

With that background, here's where I see COPPA headed in 2015.

Prediction No. 1: The FTC will be more aggressive in its enforcement of COPPA, particularly against mobile apps. If Yelp and TinyCo are any indication, the FTC's next actions will also likely be against mobile apps, as the FTC wants to emphasize that children have the same COPPA protections on apps as they do on websites.

Prediction No. 2: The next COPPA FTC actions will involve behavioral targeting of children. In announcing new-COPPA, former FTC Chairman Jon Leibowitz noted the agency's concerns about tracking children to build massive profiles for behavioral advertising purposes. We can expect to see at least one of the next FTC COPPA actions involving behavioral advertising to children.

Prediction No. 3: COPPA violations will apply to general sites and apps, not just kids' sites. As evidenced by the Yelp action, the FTC periodically reminds the industry that COPPA is not limited to child-directed sites but also covers general audience sites that have actual knowledge that they are collecting personal information from children. The FTC will continue to send reminders in 2015.

Prediction No. 4: We'll see more COPPA actions by the states. While the FTC has been the primary enforcer of COPPA, the states can also bring COPPA actions. In 2014, state attorneys general in Maryland and New Jersey brought actions against general audience and children-directed mobile app developers, including one against Snapchat for knowingly collecting personal information from kids without prior parental consent. We can expect to see increased state actions involving COPPA violations in the new year.

Prediction No. 6: Advocacy groups will urge the FTC to clamp down. In December, the Center for Digital Democracy and eight other advocacy groups filed a formal request with the FTC to take action against the Topps Company for violating new-COPPA in connection with Topps' child-directed website Candymania and online contest #RockThatRock. The complaint came a year after the CDD filed a similar complaint regarding Marvel's child-directed website and a Hello Kitty mobile app, claiming they both violated new-COPPA. Advocacy groups will continue to pressure the FTC to be more aggressive in its COPPA enforcement in 2015. 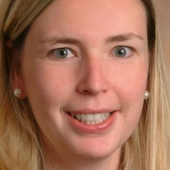