in 2010 @radical.Media last year began the process of rebranding itself as a "transmedia" company--although we believe such a label isn't really necessary given that the company has always been at the forefront of tackling media on all kinds of platforms. 2011 was no different and the company continued to produce interesting work across all formats and platforms. 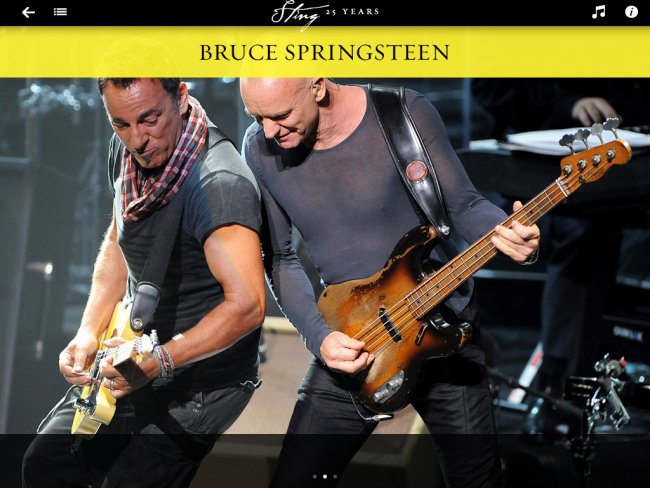 One of its most impressive efforts was "Sting 25," the many layered, multi-dimensional app that tells the musician's life story through a variety of lenses. That app, which was nominated for a Grammy, is just the beginning, according to CCO James Spindler, who told Creativity that a similar, larger project will be announced later this year.

The company continued its music marketing focus with "Lady Gaga: Inside the Outside," directed by Davi Russo, who is coming off the success of winning accolade for the title design for "Blue Valentine."

Milk + Koblin teamed up once again "3 Dreams of Black," another Google Chrome experiment using WebGL that promoted Danger Mouse and Daniele Luppi's album, Rome. Early this year, Chris Milk also directed "Two Against One," a new video for the Jack White-backed track. The darkly animated film--which of course has the requisite interactive component--is going to be turned into a live action feature film soon, also to be directed by Milk.

The company can also boast NASA as a client, having introduced Mission Juno, NASA's mission to Jupiter, via an interactive storytelling site that provides audiences with a way to be a part of the six-and-a- half year mission, using video, 3D modeling, animation and Flash.

@radical turned out had some fantastic, notable spots and films too, most notably the Dave Meyer- directed "Ice Cube Celebrates the Eames" for Pacific Standard Time Art in L.A. exhibition, out of TBWA/Chiat/Day, Los Angeles. The film follows the rap star as he drives around L.A. and tours the Eames house in Pacific Palisades. Ralf Schmerberg was behind the uplifting yet controversial Levi's "Legacy," which got pulled in the U.K. for hitting too close to home with the London riots, while Steve Miller got Dos Equis' "The Most Interesting Man in The World" to play cricket and perform on a pommel horse.