After Consolidating Its Own Marketing Efforts, Company Adds 130 More Brands
READ THIS NEXT
Black consumers are group most swayed by brand values and diversity practices, study finds

If organizing marketing at Newell Rubbermaid was a challenge, organizing it at a company more than double the size and with five times as many brands could be an even bigger job. 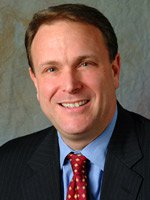 That's the work that CEO Mike Polk and his top marketer, Richard Davies, appear to have signed up for with today's announcement of Newell's $15.4 billion merger with Jarden Corp., although Mr. Polk said on a conference call with analysts today that he plans to take things slowly in terms of any reorganization.

Mr. Polk has led an effort the past four-plus years to turn Newell, a company with around $6 billion in annual sales from more than two dozen brands, from a holding company to an operating company. That's included consolidating most marketers at the company's Atlanta headquarters and most of its design and R&D efforts at a design center in Kalamazoo, Mich.

Heading some of those efforts has been Richard Davies, originally chief marketing and insights officer, and a Unilever alum like Mr. Polk, who earlier this year was appointed to take over as chief development officer overseeing product development efforts as well. As part of the process, Newell in 2013 consolidated creative work across brands with Publicis Groupe's BBH and media with Omnicom's PHD.

Now a big additional group of brands will be coming into the mix, which will be dubbed Newell Brands. Jarden has around $9 billion in annual sales from a whopping 130-plus brands, including Coleman and Rawlings sporting goods, Oster and Mr. Coffee appliances, Jostens class rings, Bicycle playing cards, Quickie mops, First Alert smoke detectors and Nuk pacifiers. Pending regulatory and shareholder approval, they'll join a Newell portfolio that includes Graco, Rubbermaid, Sharpie pens, Irwin tools, and Calphalon cookware. Newell also agreed to acquire Elmer's glue (along with Krazy Glue and X-Acto knives) in a separate pending transaction in October.

So in a world where companies like Procter & Gamble Co. have been shedding small brands, Newell is collecting them avidly. But in a conference call with analysts today, Mr. Polk played down the complexity of the combined businesses, noting that 80% of sales will come from just 30 of the roughly 150 combined brands -- a fairly classic example of the 80-20 rule. He also said Newell has no plans to divest any, though it's already announced plans to shed its own Levelor and Kirsch blind brands.

Analysts noted that Jarden is much more decentralized than the reorganized Newell, but Mr. Polk said he doesn't plan to rush centralizing and streamlining Jarden marketing or product-development efforts.

"In the very near term, 2016, we'll manage both [businesses] as they are designed and constructed today," Mr. Polk said. But he said "there are opportunities to create enterprise-wide capabilities longer term." He also noted such possibilities as piggybacking Contigo thermal mugs on Coleman's distribution, selling Waterman pen's as graduation gifts through Jostens and otherwise tapping Jarden's more developed e-commerce and direct-to-consumer channels.

Despite Newell being smaller than Jarden, it outspent the latter on measured media $119 million to $29 million in the 18 months ended June 30, according to Kantar Media. Newell has no immediate plans to use cost savings from the deal to spend more on Jarden marketing, Mr. Polk said, though any additional savings or synergies from the combination could go into more marketing. 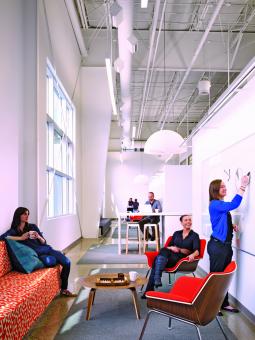 Similarities across the businesses make them "hunkable," said Jarden CEO James Lillie, who will be leaving after the deal is concluded.

The Kalamazoo design center, which was built with extra modules to accommodate new or acquired businesses, is something "Jarden simply doesn't have," Mr. Lillie said, "and they do things that, frankly, we think of as superb."

As a result of the deal, Mark Tarchetti and Bill Burke, who earlier this year announced plans to leave Newell, will stay on as president of Newell and head of the incoming Jarden businesses, respectively.