All the Production Moves From Around the Industry
READ THIS NEXT
All the latest production moves, hires and partnerships: March 25, 2020
Henry Busby
Credit: Courtesy of Voyager

With a background in painting, photography and cinematography, Busby has created longform documentary, music videos, and commercial work for DeVry University, NBC Sports, Air Wick, and Dick's Sporting Goods, including "The Contenders" campaign for the Rio 2016 Olympic Games, in association with the Tribeca Film Festival. His film "Picture Yourself" followed Olympic-hopeful Charles Clark.

In 2013, he worked with fellow directors Marcus Tortorici and Miller Mobley on the documentary short "Greatness is Within" for Everlast. 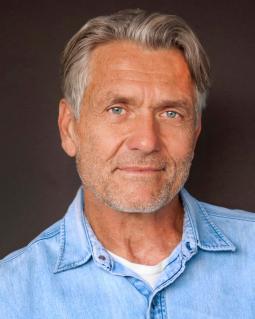 Director Patrick Finnegan has signed to Kaboom Productions. The commercial actor has been a first assistant director, and worked on a long-term content campaign for the U.S. Navy, in partnership with the Navy's Stockdale Center for Ethical Leadership.

O Positive Films has signed Director Spencer Riviera to its roster for commercial representation. He directed McCann-Erickson's Tommee Tippee campaign; "Telemarketer," for DailyMVP; and the Barton F. Graf spot for Bai called "Rat Tail." He's also directed commercials for Priceline in a campaign by BBDO New York; and Xfinity with GS&P and the short "Dad Metal" for "Funny or Die." 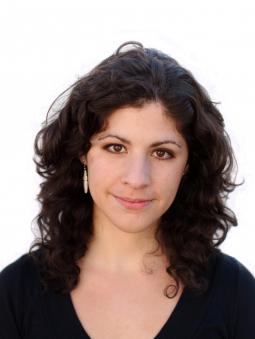 Daniele Anastasion has joined ContagiousLA for exclusive representation on spot and branded content projects. Anastasion's series "Run Mama Run," currently available on espnW.com, follows an elite runner whose unplanned pregnancy occurs while training for the Olympic trials. She was involved in writing and creative producing "Belief," Oprah Winfrey's exploration of spirituality around the world.

She also directed "I Am Yup'ik," about a 16-year-old Alaskan native teenager who travels to compete in an all-Yup'ik basketball tournament. 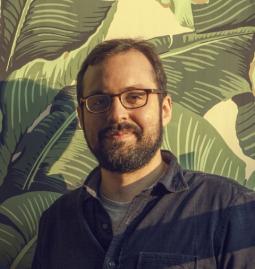 The Brazilian native had worked at WCRS London, Mother London, Wieden & Kennedy Amsterdam, and was a creative director at Santo in Buenos Aires. He became a director in 2013, and has shot campaigns for Budweiser, Chivas Regal, Volkswagen, Havaianas, Corona and Scrabble. 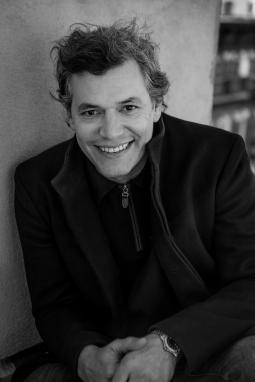 Nonfiction Unlimited has added Jason Benjamin to its roster. His first documentary feature film "Suited," about the bespoke tailors at Brooklyn-based Bindle & Keep, was selected for screening at this year's Sundance Film Festival and aired this summer on HBO. The film was produced by Lena Dunham and Jenni Koner, the creators and producers of the award-winning HBO show "Girls."

He also directed "In Conversation," a series of social videos for Gemfields featuring fashion and make-up bloggers Amanda Steele, Ciprianna Quan and Chriselle Lim that launched on Made to Measure or M2M, an online fashion video network.

Benjamin received a BA in sculpture and an MFA in documentary film at The City University of New York. In conjunction with the Sarasota Film Festival, he will be teaching military veterans the theory and practice of filmmaking in October and November in Sarasota, Florida. 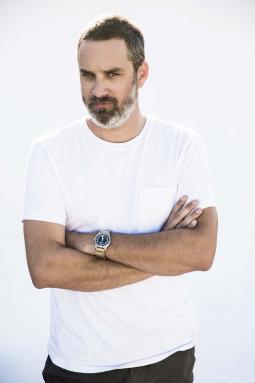 Framestore has hired Creative Producer Guillaume Raffi to work on virtual reality, design and labs. Most recently Raffi launched the Los Angeles office of Paris-based Nightshift Post. At Nightshift, he contributed to campaigns for Hennessy, Gucci, Nespresso and L'Oréal, and worked with Iconoclast's "We Are From LA" on the award-winning, 24-hour music video for Pharrell Williams' "Happy."

Prior to that he was an executive producer at Psyop and a producer at visual effects shop Buf in Paris for features "Harry Potter and the Prisoner of Azkaban," "Wong Kar Wai's 2046,"and Oliver Stone's "Alexander." He has also worked in animated features, commercials, and with Director Antoine Bardou-Jacquet; and Paranoid's Thierry Poiraud and Francois Vogel. He started the in-house post studio of Paranoid where he supervised campaigns for Playstation, Nike, Verizon, Visa, Walmart, Cablevision and Electronic Arts.

Volt Studios' Executive Producer Amanda Tibbits has been named a partner of the growing company she joined in 2014. Before that, she worked at agencies, most recently as a project manager at Mono. As managing editorial producer at Fallon, Tibbits built up experience in post-production work, overseeing the agency's in-house editorial studio. While at Campbell Mithun, she produced international productions for Tresemmé, St Ives, Nexxus and Famous Footwear.

Tibbits was originally hired by Volt Studios' Founder Steve Medin and Partner, Chief Operating Officer Charlie Lach in her first industry job at Crash and Sue's. The trio reconnected at Pixel Farm where Tibbits was a producer for three years before moving to Volt. 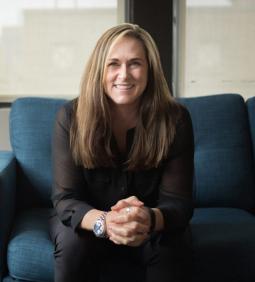 The Artery has named Head of Production Deborah Sullivan to the position of executive producer and managing director.

Sullivan has already produced a national five-spot Smart Car campaign for Merkley & Partners with The Artery. She was previously the managing director and executive producer for NO6 and Peepshow Post. Earlier, she led advertising production departments at DDB New York, and FCB. She was also a founding partner of independent agency Berlin Cameron and Partners. 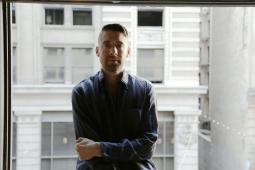 Creative studio Carbon has strengthened its team in Los Angeles with the addition of Creative Director John Price, who has more than a decade's worth of industry experience in VFX, flame and post production.

Price was a senior flame artist at Santa Monica-based Electric Theatre Collective. He has spent most of his career at The Mill, where he worked on projects for Nike, Toshiba and Cadbury's. 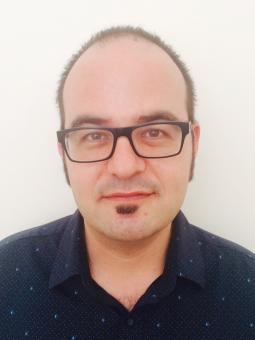 Delgado previously worked with Hooligan as a freelancer, including a project for Apple with Oscar-nominated documentary filmmaker Sam Green, as well as campaigns for the NYC Langone Institute and Invokana.

Delgado started his filmmaking career in his native Madrid as a senior editor and visual effects director at Delirium Post, cutting campaigns for Audi, McDonald's, Fiat and Sony in Spain. In 2003, he started freelancing in Europe and New York, creating spots for Renault, McDonald's, Mercedes, AT&T, Wendy's, and DirecTV Latin America. 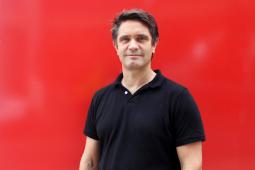 Whitehouse Post Editor Adam Marshall has moved to the New York office after over a decade at its London hub.

Marshall most recently collaborated with London agency AMV BBDO for Guinness's "Alive Inside," Translation's youth-focused "Surprise Yourself" campaign for the NFL and Adidas "SNY" with 72andSunny. No stranger to working in the U.S., Marshall has traveled frequently to edit campaigns including BMW, Audi, Samsung and Lincoln. 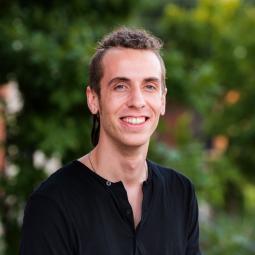 Michigan native Collins was an assistant editor at Renaissance Television and Film at 3008, then became an editor.

Method Studios has added new hires in Los Angeles and New York. Supervising Art Director and Head of Art Department Olivier Pron joined from the studio's London office, where he led pre-production visuals for "Iron Man 3," "Cloud Atlas" and "Guardians of the Galaxy." Prior to Method, he held senior level creative and design posts at MPC and Buf.

Commercials VFX Supervisor and Creative Director Jesse Bradstreet has extensive experience in commercial VFX and comes to Method from Sydney, where he worked on Pepsi, Samsung and Vodafone. He began his VFX career as an animator on "X-Men" and later as a VFX supervisor and director at Prodigy Films and Animal Logic.

Commercials VFX Supervisor James Rogers, also from the Sydney office, has been a VFX supervisor for features including "Gods of Egypt," "The Wolverine" and Target's "Holiday Odyssey" campaign for 72andSunny.

Prior to joining Method, Animation Supervisor Daryl Sawchuk was head of animation for MPC in Vancouver. His credits include "Life of Pi," "Edge of Tomorrow" and "Man of Steel," and he was animation director for a Paramount feature film to be released in 2017. His animated feature credits include "Cloudy with a Chance of Meatballs," "Everyone's Hero," and "The Wild."

VFX Supervisor Gong Myung Lee was previously VFX supervisor/head of CG at Mr. X Gotham, and had supervising roles at The Mill and Charlex. Credits include Ang Lee's "Billy Lynn's Long Halftime Walk," "Zoolander 2" and "The Finest Hours," and TV series "The Strain," "Vikings," "Narcos" and "Marco Polo." Lee has also taught lighting and compositing as an adjunct professor at the school of visual arts.