Blockchain Comes to Publishing: Q&A With Jarrod Dicker as He Exits WaPo

READ THIS NEXT
Q&AA: Ted Danson is in his good place 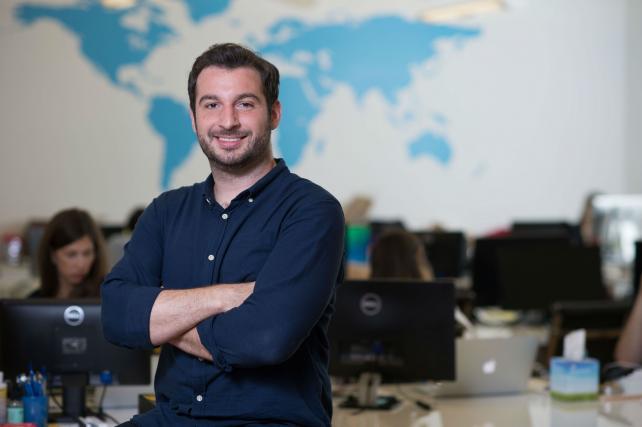 Dicker: Looking out for the little guy ... and the big guy.
Credit: Washington Post

A certain subset of the media world was stunned yesterday when Jarrod Dicker, the vice president of innovation and commercial strategy at The Washington Post, said he was packing it in after about two years to become the CEO of something called Po.et. According to its website, Po.et is "an open, universal, and immutable ledger for managing the ownership and licensing of the world's creative works." It runs on the blockchain technology that powers Bitcoin.

That Dicker, one of the media industry's leading engineers and creative strategists, would leave one of the world's top newspapers while on a winning streak got people's attention. The media model is broken, he says, shocking no one. If he were to build it from the ground up, Po.et is what it might look like.

Confused? He can explain it a lot better than we can. Our conversation has been edited.

This announcement sent ripples, if not shockwaves, through publishing circles. When do you officially move?

I didn't realize this was going to catch fucking fire and take over everyone's news feeds. I'm still here—I don't leave end until the end of the week.

Part of the intrigue is that I don't think anyone had heard of Po.et. So. What the hell is it?

What I've made my career around is, we need to build a better media model in the publisher space and the media and advertising space. There's this conception that there has to be a loser—between brands, publishers and clients, not everyone can win. You're either forfeiting user experience on a publisher site because of the ads on it, or brands are being told they can't tell their story a certain way because it doesn't reach their audience in an authentic manner. Or platforms are dictating their own terms for brands.

Where does blockchain come in?

Po.et is a marketplace built on a blockchain ledger. It solves for two things. One is attribution. Creators for the most part do not own their content. Whether creating content on Ad Age or composing a tweet or writing an essay on Medium, there's no ledger that says "this is the source of the content, this is the time stamp," and lets you follow where it's been shared and if there have been any changes to it.

Blockchain is a big, loaded buzzword.

There's a lot of emerging companies coming out of the tech space around blockchain. Unfortunately for many of them, there's this cloud overhead because there's a lot of hype and not a lot of understanding about what the value is. People have come to combine the idea of what blockchain is and this idea of cryptocurrency.

But this is about keeping track of where content is going—and what it's worth?

We really don't know what content is worth—in the sense of articles, videos or audio or anything someone can consume in media. We've been adding these things to support it. We're throwing ads on a page, throwing programmatic on it. But we don't really know how content should be valued and the current model doesn't work.

How does this tell us that?

What if we had it integrated in all content management systems, open-source, free to all creators who can add this time stamp on it? See where it goes? It alters licensing issues, copyright issues, IP issues. All that information is collected within the ledger and stored in a place that is centralized.

And it's not-for-profit? Crowd-funded?

The beauty of it being on the blockchain and an initial coin offering is all the money contributed to it from the community, investors and people who believe in it. The dollars going into it all goes to the platform. We know the importance of IP, of creators. We know creators are getting the shit end of the stick in terms of where they're publishing, how it's controlled and whether they own it.

Why go the ICO route instead of, say, venture capital?

The biggest reason is to benefit from the network effect of having a global community of content creators and curators vested in the success of Po.et. We intentionally structured the token sale to reach a wide, global audience of invested stakeholders and we've already reaped the benefits of this. Token holders have helped introduce the project to partners, teammates and contributors.

This is pretty heady stuff.

Lucky for you it's new to everyone, so whatever we cover will blow people's minds.

What does syndication look like? What does branded content look like? What we want to do is solve for attribution. That's seamless. We already have WordPress integration. These conversations I'll be having with publishers and agencies and Medium—anywhere content is created. It's free and open source. There's no reason they shouldn't leverage it.

So really this is a full scale re-imagining of the mainstream media business model?

That's exactly what it is. I've had this conversation for 10 years. When is advertising going to die? Why are users blocking it? When are brands going to stop paying for it? Media is consumed in more places than ever. I want to take a leap and say we were able to build this idea.

Any hesitation about leaving the Washington Post, which is on a hot streak?

No hesitation. It's a progression of what I've been trying to do at RebelMouse before and Washington Post. If people start putting all these creative elements within the Po.et blockchain, archived and searchable for everyone, brands can go in and say "We want to do a campaign around the Winter Olympics." They can go into the marketplace and search for content creators and license those things and have a relationship directly with the creators.

Could solve for the fact that so much branded content is … bad.

Right now, the branded content business I believe is in a major bubble. Ten years ago it was a positive margin play. It's becoming more and more expensive. Brands are choosing fewer partners because it's expensive, and so they'll just do it themselves and buy the promotional vehicles themselves. If brands have ideas and they're working with media agencies, they no longer need to go through a publisher to find the creators. They can find the creators on this platform. Dollars go directly to the creator. It really shakes up this notion of brand creativity. To date they haven't been able to access the same creators.

In an era of doom and gloom around the media, this everyone-wins idea is attractive, if far-fetched sounding.

This is what I see as the future media model for creators when it comes to the content they produce. It seems far-fetched, but in five years if brands are no longer buying ads on publishers' sites, then how are they making money? Po.et can solve for that. This will be a platform where your content is there, accessible, licensable, and can be commissioned and archived.

I think through Po.et we'll see that content expensive, even though not all content is created equal. We announced last week a WordPress API plug-in called Frost. Anyone with WordPress can leverage the blockchain and see where that content flows and make sure it's protected. I want to get this in the hands of every single person who creates and publishes content. What that looks like in the meantime is going into the Hearst's and Gannett's of the world and show them how easily they can apply WordPress and claim ownership of their content. There are people who publish to Medium who don't know how to leverage their IP. What does the Po.et network look like for that?

A lot of content-creators willingingly sign the rights away to the Hearst's and the Gannett's of the world though. How does this empower them?

What this allows that creator to do, while still under contract—which is what many of them still want because that association with the media brand is worth it—is leverage the platform to understand the demand. It allows those contributors to see there is a massive demand for the work I'm doing. Say I'm a reporter on this beat and my path was maybe I'll write a book. Now I understand there's a bigger scope of demand for the work I'm able to do and how the work can be used. My biggest mission for this today is creators don't have the time to figure out the true value of the work that they're doing. They don't know what their compensation should be. People are consuming more media than ever. The business of media is in trouble. The business of media never figured out what it should be or how it needs to change.

The biggest criticism I get for what I'm doing is, "well that's not how it works today." I'm like, exactly! 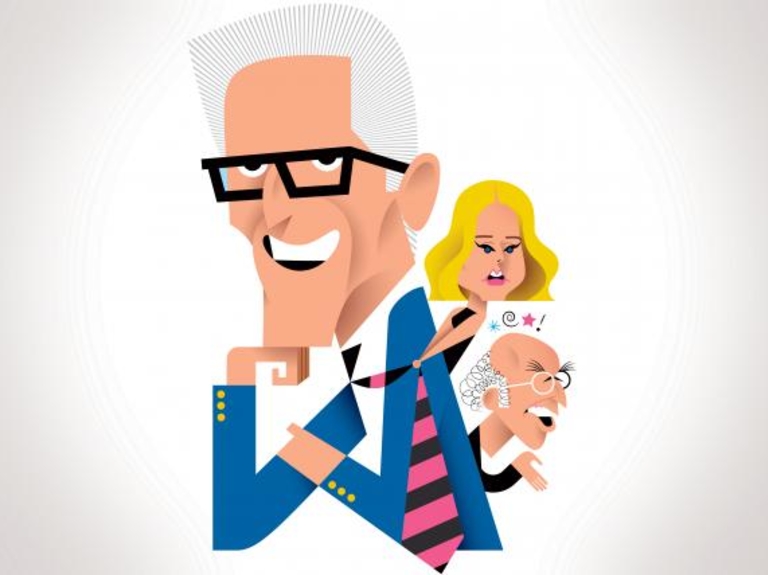 Q&AA: Ted Danson is in his good place 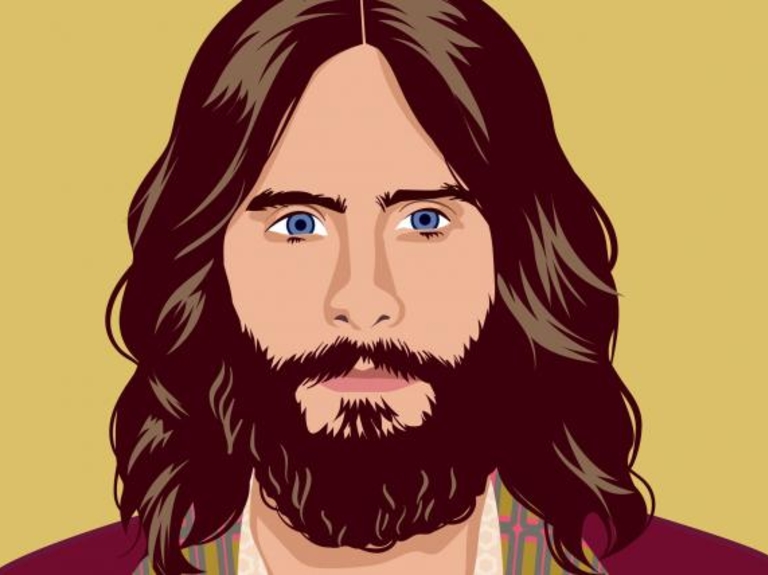 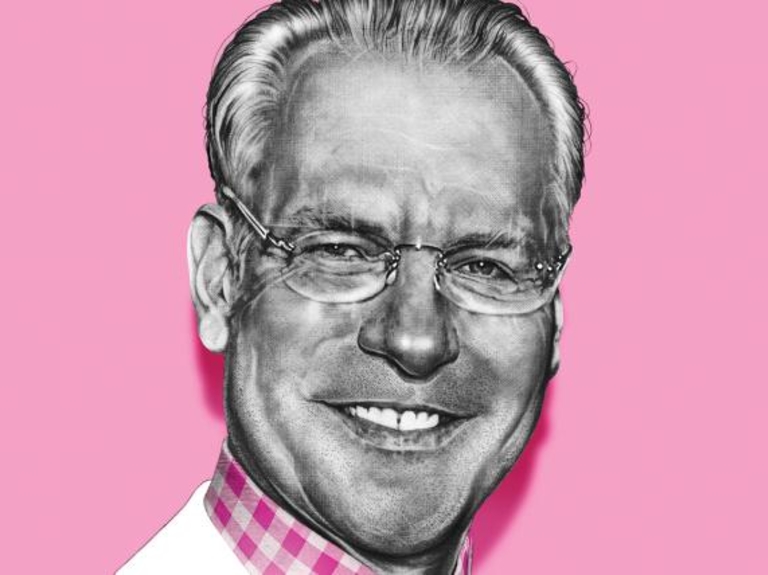