Brian ‘Bwrightous’ Wright and Desmond Attmore, known for events, are branching out into branding, product design, influencer marketing and content production
READ THIS NEXT
Anti-smoking ad czar Phil Graham on how to market a COVID-19 vaccine 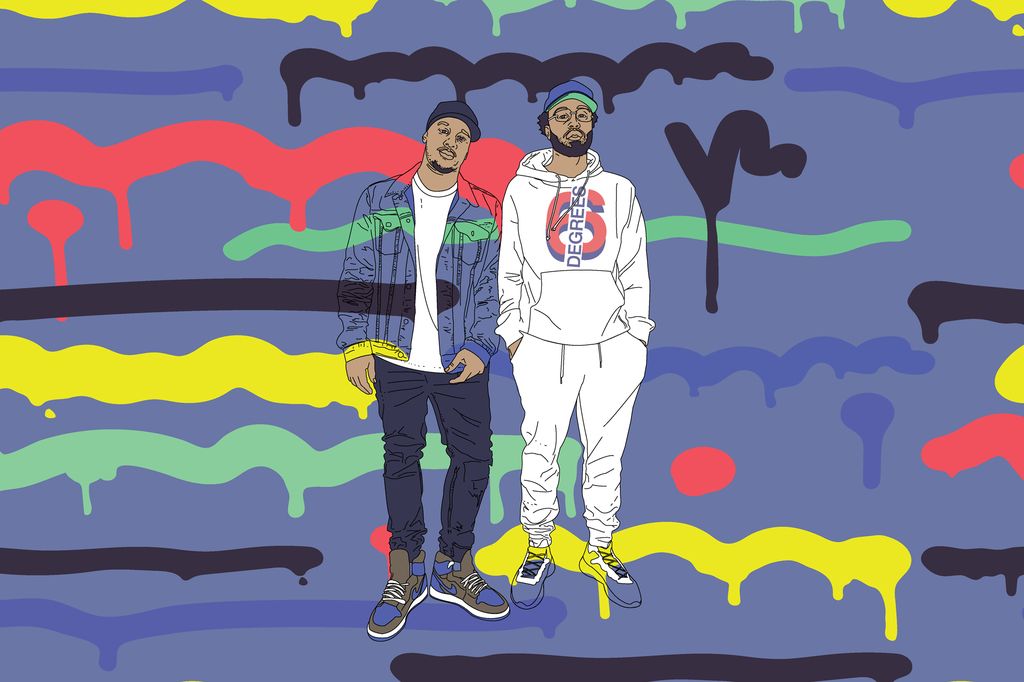 After a 10-year friendship and professional relationship that began when they lived on the same floor of their Morehouse College dorm, Brian “Bwrightous” Wright and Desmond Attmore are together in more ways than one. They co-founded the Atlanta creative agency Six Degrees in 2018 and are neighbors in the same Atlanta building.

The agency—which takes its name from the six degrees of separation theory—is known for events but is branching out into branding, product design, influencer marketing and content production.

Wright and Attmore have used their music industry experience—they have worked with Mike WiLL Made-It, Rae Sremmurd, Future, Drake, Gunna and Meek Mill—to help tap into “cool” and create live events for brands including Google, A24, YouTube Music and Puma.

Ad Age spoke with Attmore and Wright about forming their agency, leveraging their work in clothing and music, managing a Black-owned small business and global brand responses to Black Lives Matter.

How did you meet?

Desmond Attmore: Brian had a clothing brand in high school called Kreemo. When he came to college I kind of joined to help him and his partner at the time. We were young college students, running around campus and marketing our brand online. It was the beginning of the digital era and the whole social media era, so we were doing things before that. A lot of grassroots, guerrilla marketing. And with the clothing brand, we had a chance and opportunity to work a lot with different artists. It started by us getting our clothes on artists, really big notable named artists. Wiz Khalifa was one of the first artists who really endorsed our brand and really promoted as he was taking off, so that helped us a lot. We had Lil Wayne in it. We had everybody in it, and we’re like 18 years old in college, so that was fun.

How did that expand?

DA: From there, what happened was they sort of liked our talents, how we’re coming up with innovative marketing strategies. Most importantly, they really liked the design aesthetics, the graphics. Brian and his cousin did most of the creative direction and design. So then it turned into us making more business relationships with these artists. We went from Wiz Khalifa wearing it at his first show in Atlanta and coming out on stage to us working on his album, branding all different types of opportunities.

From doing things through our clothing brand and connecting with artists, we dove headfirst into music. That’s when we started to work with different artists, take them underneath our clothing brand umbrella and manage them, taking the same tactics and applying them to music.

Eventually, we managed a collective called Two-9. From there Brian connected with super producer Mike WiLL Made-It, and he ended up becoming the head of marketing for EarDrummer Records which is underneath Interscope [Records]. Then later I ended up basically co-managing and being head of marketing with Rae Sremmurd, so I would be on tours with them working on brand partnerships, like Puma, and all types of different things.

How did coming up in the early social media music industry help you?

Brian “Bwrightous” Wright: Through our clothing brand and our experience with internships, we did have a bunch of mentors: Marsha St. Hubert, senior VP of marketing at Atlantic Records, Big Jeff (Dixon) and Chaka Zulu, who managed Ludacris. We’ve had pretty prominent mentors with moving through and maneuvering through music. We would do videos; we would do photo shoots, and everything for our brand. So, we had to learn how to do it, learn what we liked and learn how to produce or create it. Then we could apply it to the music industry.

Another big thing was the artist relationships, the connections and the genuine relationships that we have with everybody at that level.

Is that network, and the Atlanta music industry as a whole, why you’ve stayed there?

BW: We are originally from New York, and we talk about New York-based agencies and L.A.- based creative marketing agencies. You go to New York or L.A., and there’s top ad agencies and marketing agencies, giving you top experiences, top advertising. And for a city that creates a lot of the culture and a lot of music, it’s not really something that’s spoken for [in Atlanta].

And that’s why we decided to stay down here to kind of build up and show people that we can have the same experiential business and the same advertising.

DA: How Atlanta works is you usually come here when you’re like 17, 18 years old, and you’re a college student and some people decide to stay after for job opportunities or affordability, or if they want to get in the music industry, entertainment industry, whatever it may be. What we found is when you spend enough time in Atlanta, it almost feels like home. We wanted to feel like we were bringing something back home. We could easily take our talents and go to New York City and compete with hundreds, if not thousands, of different creatives that are there. But most importantly, we wanted to stick it out with a city that allowed us to grow and blossom into who we are and allowed us the different opportunities that are actually in front of us right now.

Does being a small agency help or hinder you in that way—being able to compete?

DA: Being an agency with a smaller team actually helps more often than not, because oftentimes with larger agencies there are many people involved with a project, which requires many lines of communication. It can cause the creativity and care for the project to be diluted. Having a smaller team also yields a faster turnaround on projects, because we’re able to communicate more directly with clients. With both Hotlanta’s and Meek Mill’s album cover, there were really only two or three parties involved when it was time to talk about the work; we were able to communicate directly with both artists’ managers, so we knew exactly what they needed and how to execute it. Having a team of our size also allows us to outsource tasks to other parties that specialize more in what is required, so we’re able to save time and work on the things that we’re strongest at. We’re a small agency in terms of staff, but we have a vast network of teams that we task with different projects.

How has the pandemic affected your business?

DA: The pandemic has forced everyone to figure out a new way of doing things in general. People consider our brand like an event-based company, but they just don’t know a lot of the work that we do—work that’s not as forward-facing. We also do a lot of branding. We were fortunate enough to do the branding for Meek Mill’s [“Championships”] album cover into merchandise and things like that for a lot of different artists and work on all types of creative direction, website building and things like that. We worked a lot in doing content and media creation, as well as working with bigger brands. But the thing that’s most exciting probably are the most forward-facing experiences.

I think, for the pandemic, it just allowed us to understand that we need to balance out what we are and what people know us for. If they only see us doing events, then they won’t consider us for an opportunity in branding, in content. So, we’ve been able to strap up, go back to the drawing board and reach out to people we’ve worked with and people we want to work with and let them know, ‘Hey, I know, you know us from experience, but we also can bring ABCDEFG to the table.’ I just think that it taught us that we need to do a better job in showing up.

Are you advertising your own portfolio more aggressively?

DA: Yeah, just letting people know, letting brands know and just showing it off more. We’ve been super busy during corona, like nonstop working. So we’ve been a little bit more fortunate, but at first it was hard. Like we had these 10-15 events lined up and they’re not gonna happen anymore, saying that experience was going to be shut down until 2022. But we were able to figure that out on just letting people know and kind of putting it out there even more.

As brands respond to Black Lives Matter and interact more publicly with Black culture, how do you feel about what you’ve seen from brands?

BW: It’s a good start that they’re donating money. But I’m really interested to see businesses put together a five- to 10-year diversity plan to address some of the issues that we have in corporate workplaces and financial institutions, so we can kind of create a lasting change in our community. But it’s a marathon, not a sprint. I’m also interested in seeing companies being transparent about diversity breakdown. It’s easy to make a general statement about supporting Black Lives Matter, but we want to see if the companies are really serious about it.

How should brands help?

BW: I think each brand should focus on a specific problem and initiatives close to them and build it out from there. The work always starts in your backyard. You shouldn’t try to boil the whole ocean. For example, you see a lot of tension in Portland right now. These are global brands, but imagine if Nike and Adidas came together to solve something locally. Atlanta has Coca-Cola. America births so many of these global brands in different cities and states. I think if we focused locally, we could see a lot of issues be rectified.

DA: It’s interesting how brands are showing up. I feel like some of them are taking advantage of opportunity. Once this stuff passes over, I just want to see who’s actually still showing up. I think all help is good if it’s going in the right direction, but I’m interested to see how things play out when the noise quiets down a bit.

You value a local connection for these large brand initiatives?

DA: Exactly. This whole thing just made me start asking questions like every time I woke up and I heard, you know, ‘This brand donated this amount of money to Black Lives Matter Foundation,’ then you see something the next day where they say ‘This Black Lives Matter is not the same as this.’ So it’s like, where’s the money going? What are they doing? Even if you give someone $10 million, how are you breaking it down?

I would much rather know, for example, there are these 50 entrepreneurs in a city and you decided to invest $100,000 into their ideas, you know. Something a little bit more tangible that we can look at versus just the PR headline.

BW: Definitely, I just think how to affect the community is locally. I think that so much of the time, big companies don’t look at it from a micro perspective because they are big companies. But I think that they definitely should focus on that because you’ll see that a whole bunch of these problems will be washed away once you do that, with the amount of power and leverage that these companies can get. 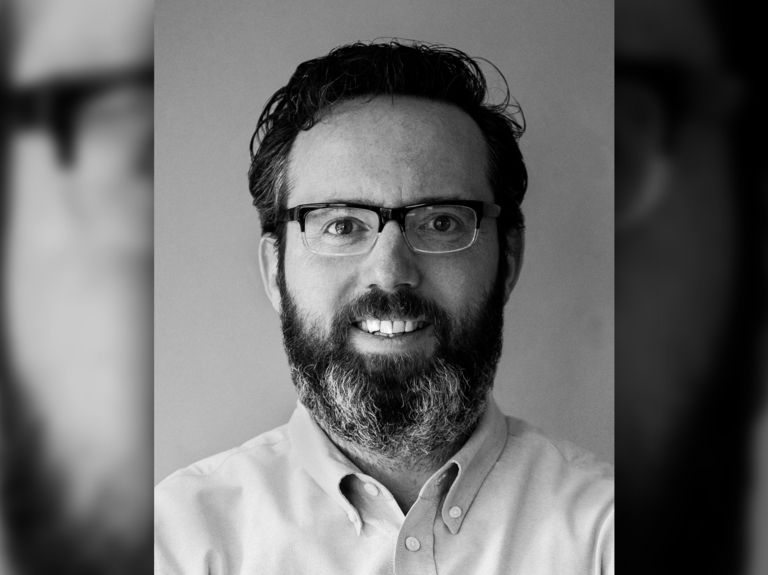 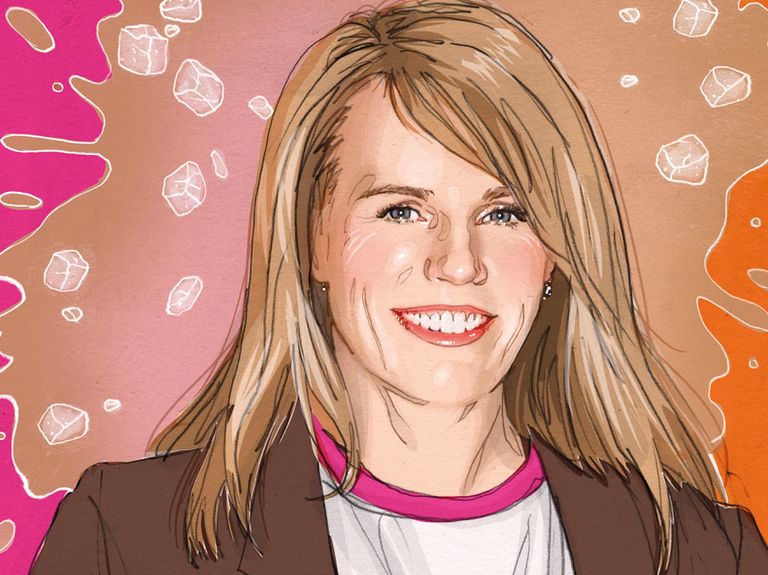 Why Dunkin' is running with a 16-year-old TikTok influencer