FTC Charges Against the Baker 40 Years Ago Set Into Motion Its Slow Decline
READ THIS NEXT
Peter Brabeck-Letmathe: Ad Hall of Fame Inductee Talks Nestlé and Clean Water

The news that the baker of Wonder Bread and Twinkies has filed for bankruptcy (for the second time) probably didn't send shock waves through the streets of adland. But some 40 years ago, Federal Trade Commission charges against Wonder Bread set into motion Wonder's slow decline and caused great trepidation in the advertising community.

The FTC complained that Wonder Bread's famous slogan, "Helps build strong bodies 12 ways," implied that the bread contained unique ingredients other brands didn't have. Advertisers feared they would be forced to say that their competitors had similar attributes, and the whole concept of positioning -- which made its debut less than a year later in Ad Age -- would have been in jeopardy.

As we reported in March of 1971, the FTC complaint was brought to test a series of new principles that sought to squeeze "romance" out of print and broadcast ads. 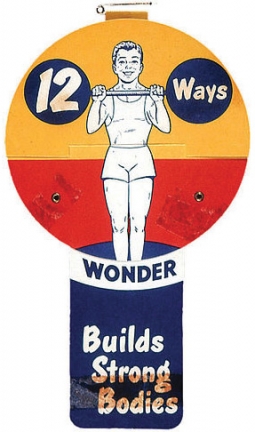 A key issue, in the FTC's view, was whether a bread based on government standards can be promoted so that it appears particularly nutritious. Robert Pitofsky, chief of FTC's bureau of consumer protection at the time, stated that the case was a "first step" in developing restrictions on the use of "uniqueness" claims for products that are the same. The commission wanted Wonder Bread to run corrective advertising to offset the impression that it was superior to other breads.

The FTC charges not only rocked ITT Continental Baking Co., maker of Wonder Bread, but rattled the entire ad business. Continental Baking took out newspaper ads in 100 markets defending the bread's nutritional claims. And Walter Bregman, a New York agency executive at the old Norman Craig & Kummel, said: "Let's face facts -- we are scared. Make no mistake, we are. Today the guidelines aren't set. We're playing in a high-stakes game, and we don't know the rules."

Many ad people thought the FTC's case was preposterous in that it tried to restrict claims for similar products just because the competitor didn't think of them first.

Yale Brozen, a professor of business economics at the University of Chicago, warned that "if an advertiser must proclaim that the virtues of his brand are also obtainable from several other brands, if he must say "Wonder Bread helps build strong bodies, but so does Tastee,' the effect of the advertising on his sales will be dissipated. He will actually be devoting his ad budget to selling competitive products. He will be paying for counter-advertising. I don't think advertisers will do it."

As it turned out, the Wonder Bread ad team agreed with Mr. Brozen.

Our readers had a field day mocking the FTC dictum. We asked them to come up with what ads of the future would look like if the FTC demands prevailed. Here's the headline submitted by an agency guy in Dallas: "The Money You Borrow from First National Bank Is Made by the United States Government, for the Most Part." And the copy: "We suppose an occasional bad twenty slips buy us, but we try real hard to pass out only the genuine article, made and backed (but not guaranteed) by the U.S. Government. First National Bank. Member, FDIC, like most other banks."

In the meantime, suspicions began to grow that the FTC's real motives were to find a new way to get at products with dominant market share. "They were swimming around in a closed tank," one top agency exec told us. "The Wonder Bread ad claims gave them their opening."

As our editorial at the time said, "There is an uneasy feeling among some corporate attorneys that the commission will go after "uniqueness' claims as a convenient point of entry to break up what FTC people feel are overly concentrated industries.

"We don't believe that the commission's theory on uniqueness will hold water, and we think they know it. But FTC will no doubt try to carry forward its antitrust crusade by again probing for advertising's weakest spots.

During hearings on the case, the president of Continental Baking and his ad VP disagreed on the appropriateness of nutritional advertising for Wonder Bread. The ad VP, Randall Hackett, said he was "ordered" to keep the "helps build" slogan by the president. The ads showed kids shooting up in size by consuming Wonder Bread.

Mr. Hackett testified that Continental started testing a new campaign, "The Fresh Guys," depicting loaves of the bread passing the squeeze test , about the same time the FTC was getting ready to launch its uniqueness case. The FTC attorney asked Mr. Hackett if Wonder Bread was implying that its product was fresher than competitors'. "No, just as fresh," he replied. When asked why he didn't say other brands were just as fresh, Mr. Hackett said, "Because we're only interested in selling Wonder Bread."

I suppose you could argue that if no other bread was advertising its freshness at the time, "The Fresh Guys" campaign could also be labeled as unique or pre-emptive. But you can't make a pre-emptive move if consumers readily acknowledge that all bread is squeezably soft. It leaves you with no advantage at all, and that 's what happened to Wonder Bread.

In the end, Raymond Lynch, the FTC judge handling the case, ruled against the commission on almost all counts. His decision limited some nutritional claims for Wonder Bread, but the landmark issues -- uniqueness, unfair advertising to children, corrective advertising -- were all dismissed. After a six-week hearing, Mr. Lynch ruled that the staff had proceeded with its case on theories that didn't stand up, my old boss Stan Cohen wrote in a lead story. "It would not serve the public interest to prohibit ITT Continental from advertising its bread as nutritious simply because other enriched breads are as nutritious," Mr. Lynch stated.

Wonder Bread won the battle but lost the war. "Builds strong bodies 12 ways" strongly resonated with consumers, even if they didn't believe Wonder was the only bread to do so. But bread buyers quickly concluded that every bread loaf is squeezable, and that left Wonder Bread with no advantage at all and nothing left to say.

As we said in an editorial before the case was decided, "Here's one case where the heavy hand of the FTC has succeeded in shooting down the one ad campaign that over the years has consistently played up the importance of nutrition in a child's daily diet. This in exchange for a vapid little campaign whose squeezable-softness theme will probably end up selling more of Mr. Whipple's toilet paper than bread."

And as Al Ries told me, "If the FTC had prevailed, it would have killed positioning, the subject of a three-part series by Jack Trout and myself that Ad Age published the following year. A good position is not necessarily unique. In automobiles, for instance, it's not the safest models that win. It's the first brand that pre-empts the safety position. The FTC would not have allowed pre-emption."