The Demise of the Department Store Experience 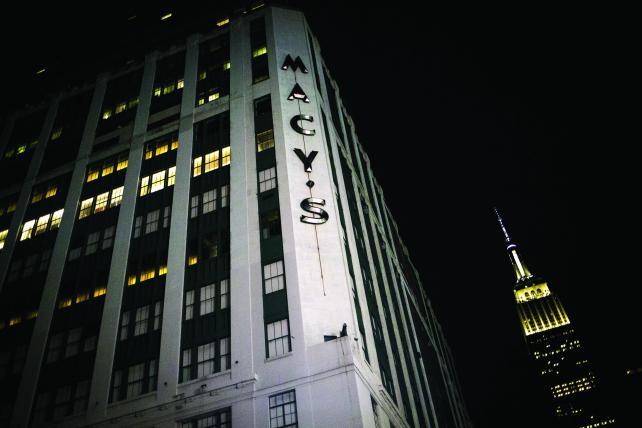 One of the biggest marketing mistakes of all time was Macy's move to buy up local department stores, like Marshall Field's in Chicago, Hecht's in Maryland, Foley's in Texas, Burdine's in Florida.
Credit: John Taggert/Bloomberg

Department stores can't compete against internet shopping because they are bland and predictable. Unexpected and quirky is a better formula.

The economic model for national department stores doesn't work anymore. What's the fun of going to stores that are just the same as all the others in the chain?

Consumers can and do jump from one shopping site—including websites for department stores—to another, hitting the refresh button as they go. Doesn't that beat the prospect of trekking to a local chain store whose floor plan you know by heart?

The problem is that local versions of national chains like Sears and Macy's can't make changes on their own, so they can project a uniform identity in their ads.

Back in 2008 Macy's tried a tricky balancing act: Trying to find the perfect mix of national and local. As our newspaper Crain's Chicago Business reported, Macy's sought to balance its one-size-fits-all national TV ads with locally-tailored products and promotions. The theme, dubbed "My Macy's," based merchandising selections on area preferences, so coats were marketed more heavily in Minneapolis than they were in Miami.

How innovative. One of the biggest marketing mistakes of all time was Macy's move to buy up local department stores, like Marshall Field's in Chicago, Hecht's in Maryland, Foley's in Texas, Burdine's in Florida. These stores naturally served the local needs of area shoppers, and they served as destinations that drew people from all around. Great harm was done when Macy's decided to change all the names of the department stores it bought so it could facilitate a national ad buy.

None of that worked. Macy's has said it's planning to shutter 100 stores, or about 15% of its total, in 2017. Sears is closing at least 30 Sears and Kmart stores by April, and more are expected to be announced soon.

Furthermore, mall stores like Aeropostale, which filed for bankruptcy in May, American Eagle, Chicos, Finish Line, Men's Wearhouse and The Children's Place are also in the midst of multiyear plans to close stores. Many more announcements like these are expected in the coming months.

The irony is that when R.H. Macy first started in 1858 on 14th Street and Sixth Avenue in Manhattan, he was known for his creative merchandising. He was the first to introduce the Idaho baked potato and colored bath towels, and he was the first retailer to hold a liquor license. Macy's pioneered a one-price system in which the same item was sold to all customers at one price, and quoted specific prices for goods in newspaper ads.

But it was Selfridge's in London that really celebrated the shopping experience. "Harry Selfridge was the first in the U.K. to allow customers to touch and interact directly with the store's products and the first to sell a broad mix of inexpensive and extremely luxurious items under one roof," according to the Selfridge website. "Effectively, he wanted for every customer to feel welcome at his store. He was also the only one to relentlessly use his store as a theatre, an exhibition space and a playground to delight customers with unexpected experiences. Real theatre was born."

That's what department stores need to be today—experiential enterprises. The hotel companies are going through the process as we speak. Millennials, especially, want "hipper, more happening lobbies and restaurants and better technology in rooms," according to The Wall Street Journal.

One new brand, Pendrys, "will have more amenities than the typical boutique—there's bell service, 24-hour room service, and concierges—but with a funkier design and hipper than traditional luxury brands." San Diego will have a nightclub and a beer hall; Baltimore will feature a whiskey bar, according to the Journal. Nordstrom's in Chicago has a fully stocked bar in the men's department, and Westin is helping travelers maintain wellness. Auto dealers are also getting in on the act: A BMW dealership has started a valet service to pick up a customer's car for service at the home or office or at the airport while the customer travels, then return it when the repair is complete, according to Automotive News.

Why couldn't department stores offer a free valet service to their good customers who stock up on their merchandise? Or have mimes wandering through their stores wearing the latest fashions. Or have magicians doing card tricks with savings on the cards customers pick? Make department stores an exciting destination—unlike the depersonalized environment of online selling and for that matter other interactions these days—where real people get enjoyment and satisfaction from other real people.

Conversely, maybe online shopping should figure out how to become more personal. Amazon is opening a brick-and-mortar store in Manhattan (it has two others) and I don't think it's doing it to become a physical presence but to enhance its web experience. A joke in the New Yorker shows a woman opening an Amazon box and a guy pops out and says: "Hi, I'm Carl from Amazon fulfillment. Would you mind telling us how you feel about your online shopping experience?"

Maybe both sides should meet in the middle.

You can reach Rance at [email protected]