Is the Era of Purpose-Driven Ads (Finally) Over? | Ad Age
Skip to main content

Is the Era of Purpose-Driven Ads (Finally) Over?

Emboldened by P&G, Marketers May Wash Their Hands of the Trend
READ THIS NEXT
Peter Brabeck-Letmathe: Ad Hall of Fame Inductee Talks Nestlé and Clean Water

Bob McDonald, chairman of Procter & Gamble, has preached for a few years now that P&G's calling was to "touch and improve the lives of more customers, in more parts of the world, more completely." His marketing chief, Marc Pritchard, carried the message to podiums across the world: "Marketing is serving." 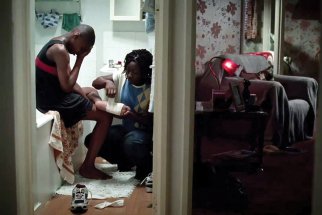 And their lofty words influenced other companies to embrace a higher purpose. Burger King talked about "empowering" consumers to achieve "social connectivity," and Pepsi devoted much of its advertising firepower to awarding grants for all kinds of worthwhile purposes.

The problem is, none of it worked. Burger King floundered around for years until it got sold and got discipline. And Pepsi's lack of product promotion enabled Diet Coke to become the No. 2 soft drink in the U.S. The company was forced to put massive amounts of advertising behind Pepsi and its other brands to pull off a turnaround (forget the do-good projects -- "Live for Now" is the new Pepsi slogan).

It's become very clear that many marketers don't want anything to do with the prosaic and tacky job of selling things. At last fall's ANA conference, Unilever's chief marketing and communications officer, Keith Weed, unabashedly declared: "We have to stop looking at consumers as armpits that need deodorizing."

And, he might have continued, as teeth that need brushing, or hands that need washing or hair that needs grooming. To carry his theme to its logical conclusion, marketers should think of the service they render to consumers as noble and uplifting so consumers will think of them as noble and uplifting and buy their deodorant and toothpaste and soap and shampoo, even though they're just the same as their competitors' deodorant and toothpaste and soap and shampoo.

Of course, if this approach catches on, one company's noble and uplifting pitch will not be much different from another company's, and we'll not only have parity products but parity noblilty and uplift.

P&G's "Proud Sponsor of Moms" will be parried by proud sponsors of dads, grandparents, aunts and uncles. Will poor confused consumers have to resort to choosing a product on the basis of at least a perceived advantage? How demeaning for marketers that would be!

The key question here is: Where is all this talk about purposeful marketing coming from? Is this sort of rhetoric marketers' way of elevating their craft over the sales department, or are they taking their direction from their CEO?

That is what we're about to find out.

For much of his three and a half years as P&G CEO, Mr. McDonald has talked in what the Financial Times called "messianic" terms about the purpose of the company.

"In the face of calls for his head" -- from activist investor Bill Ackman and even former P&G employees -- "he has dropped the visionary talk as he tries to save his job," the FT said.

"I'm totally focused on the plan," the newspaper quotes Mr. McDonald as saying.

Even though Procter reported a rise in sales and profits last quarter, it still lost market share in businesses accounting for 50% of sales, but that was an improvement over the 70% of businesses six month ago.

Ali Dibadj, an AllianceBernstein stock analyst who has long been critical of P&G, told the FT: "There was a vision -- the problem was it didn't work." He said that Mr. McDonald's mission of "touching and improving lives" lacked clarity and left employees unsure whether they should lower prices or innovate more. P&G, for its part, told the FT it still cares about purpose, but is making its strategy "more action-oriented."

Many P&G employees simply couldn't fathom how to transform the "purposeful" message into action, Fortune weighed in. The magazine quoted Dick Antoine, P&G's head of HR from 1998 to 2008: "Purpose-inspired growth is a wonderful slogan, but it doesn't help allocate assets." Fortune says that Mr. McDonald now wants to foster "a culture of productivity."

Critics say P&G needs to return some power to the brands and give employees more ownership over the products they create and sell, according to the magazine.

That last statement makes me wonder whether people are concluding that the CMO job at Procter has too much authority at the expense of the vaunted brand-management system.

Whether Mr. McDonald's "messianic" zeal was inspired by the CMO or whether the CMO took his marching -- and preaching -- orders from his boss, I have the feeling that we won't be hearing nearly as much do-good talk ringing from the rafters of industry confabs.

As Alfredo Gangotena, the chief marketing officer of MasterCard World Wide, told Sports Business Journal: "You see many brands doing good with cause-related marketing, but honestly, if the cause they are involved in is not fundamental to their brand, what good does it do? Brands are like humans. You can see quickly if they're faking it."