One of the many myths embraced and cherished by marketers over the years is the one contending that older people aren't worth advertising to (except for prescription drugs on the evening news) because their buying habits are too entrenched to change. 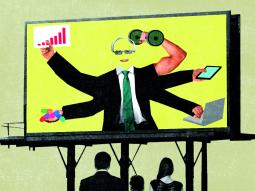 But in reality, seniors are actively looking for new experiences at a time when they have more disposable income to pursue new hobbies and interests. As Bloomberg Business reported: "In marketing-speak, they're winnable!"

Bloomberg quotes Alison Sander, who runs the Boston Consulting Group's Center for Sensing and Mining the Future, saying that only about 5% of her corporate clients really understand the "nuances" of the senior market. "That helps explain why only about 15% of ad dollars are spent on this demographic, despite accounting for almost half of consumer packaged-goods sales, according to Nielsen data.

"Wouldn't you think it would be obvious that anytime a big demographic group changes the basic pattern of their lives, their buying habits will change too?

Tim Love, who made his living and reputation on the international ad scene, has taken his knowledge of worldwide demographic trends to a firm called BoomAgers. His thesis is that old people represent an emerging market—not a stagnant one.

Tim retired in 2013 as vice chairman of Omnicom and CEO of the Asia Pacific, India, Middle East and Africa region. And as Bloomberg Business pointed out, demographic trends abroad are even more pronounced than here: The number of Chinese people 60 and older will double by 2053, and the spending power of consumers 60 and older will reach $15 trillion by the end of the decade, up from $8 trillion in 2010, according to research firm Euromonitor.

Tim, who has joined BoomAgers as chairman of the board of advisers, contends that the concept of "point-of-market entry" shouldn't be considered solely as a way to measure a younger demographic.

Tim explained that point-of-market entry (or POME) "is a carryover from the post-WWII economy and growth of the advertising industry over the same period. Our industry was, and still largely is, geared to the dominant population distribution we had in the U.S. before digital transformation. But the new POME may be better looked at as 50-plus."

The transition from pre-retirement to retirement "is not easy for everyone. It is a time of reassessment of one's priorities and time commitments. And this transition change point brings a new set of feelings and perspectives one has at this life stage," Tim said.

I can't imagine a time when people's lives are more open to change, except perhaps when a kid graduates from college, gets a job, moves into a new apartment and starts buying lots of stuff.Treating older folks the same way marketers regard young people just starting out makes sense to me.

Treating older people as a new market is "the right thing to do," Tim said, "because they want to be treated as fresh assessors rather than assumed-to-be-loyal/taken-for-granted consumers of the brands they used in the past."

Tim maintains that "this consumer change point demands a whole new world of insights, ideas and brand reassessment. From health care to investment strategy, certainly, but even beyond that to understanding how this population uses new communication technology, views fashion, perceives beauty, food, beverages and more."

The broader point here is that anytime there are major changes in people's lives there is an opportunity for advertisers to gain new customers, regardless of what age the new customers are.

Why is that elemental fact so hard for advertisers to grasp?