Linda Kaplan Thaler on Vision: 'Forget About It'

Credits Agency's Growth to Being Focused 'On What We Can Do Today'
READ THIS NEXT
Peter Brabeck-Letmathe: Ad Hall of Fame Inductee Talks Nestlé and Clean Water 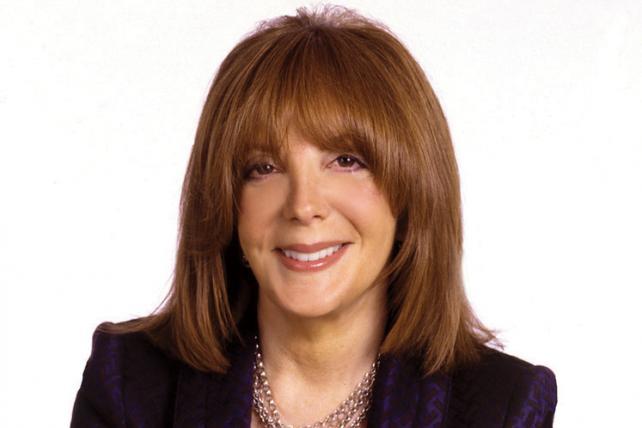 Here's Linda Kaplan Thaler's assessment on what it takes to do breakthrough advertising: "If you don't have great clients who are willing to walk the plank with you, then it's a tree that falls in the forest and nobody can hear it."

Linda's first client, Procter & Gamble's Herbal Essence, was willing to walk the plank with her when she came up with an outpouring of orgasmic ecstasy for women users of the shampoo. With a very enthusiastic "Yes! Yes! Yes!" reaction from the user, there wasn't much chance that the commercial would go unheard.

And likewise, Aflac took a chance when Linda's agency came up with a duck to represent the company.

The art director-writer team of Eric David and Tom Amico noticed that when Aflac was repeated several times quickly it sounded like a duck quacking (especially when Tom held Linda's nose).

The client, Linda said, "thought we were nuts," but the CEO of Aflac, Dan Amos, agreed to test the idea, "and it scored through the roof." Linda added that Aflac "very quickly went to 96% awareness, so high that we often say now when ducks see other ducks they immediately think of supplemental insurance."

In my video interview with Linda on the occasion of her induction into the Advertising Hall of Fame in the spring, the founder of Kaplan Thaler and current chairman of Publicis New York told me you've got to be true to your 90-year-old self. "You know, if you're afraid to go out and do something, usually your friends and family will want you to play it safe. … But if you talk to yourself as an older person, that older person is probably going to tell you, why didn't you go for it?

"So my advice to everybody is to ask your 90-year-old self what you should do and the answer becomes very clear. I wish I had done that more often."

One of the things she most enjoys is writing books. She and agency partner Robin Koval have written "Bang! Getting Your Message Heard in a Noisy World"; "The Power of Nice: How to Conquer the Business World with Kindness"; "The Power of Small: Why Little Things Make All the Difference"; and their newest, "Grit to Great: How Perseverance, Passion and Pluck Take You From Ordinary to Extraordinary."

The premise of each of the books is to show there are ways to become successful that "don't take money, you don't have to have a Mensa IQ. Just by learning to harness the very things that you have and developing them to their greatest potential, you can accomplish anything in life."

I ventured to say that many men think it's a weakness to be too nice, but Linda said when she and Robin wrote the book, "we were surprised how many men came out of the closet and said, [whispers] 'You know, I'm really nice.'"

When Linda started her agency in 1997, she "had no intention of us growing any bigger than that one piece of business," Linda told me. "Can you imagine my surprise when at the end of four months we had $100 million in billings?"

Linda said the reason her agency grew so fast was because "we never concentrated one minute on the future. We always focused on what can we do today. I always tell people don't spend one second thinking about a vision, forget about it. Don't dream your way to success. … We never thought about becoming too big or hugely successful, we just did the best we could every day."

When Linda merged with Publicis in 2012, people expected her goal was to grow into a huge, global agency. But she said her goal was to make sure "everybody stays employed because you all have mortgages and you have kids to put through school. And that gives me great joy."

Linda is proudest of "the strength that I've been given by something pretty bad that happened." Years ago Linda had cancer and both her parents were alive, in their 90s. Her mother had also had cancer. "I was very scared, and she said to me, 'You'll see, when you get past this you will become so strong that no matter what else happens in life it will feel like a piece of cake.'

"And every time something happens in business, whether we lose an account or whatever happens, a bad test score, my mother says to me, 'Is it cancer?' And I go, no, no. And she says, 'What are you worried about?'"