The 'P' in RPA Recounts His 50 Years in Industry in 'Pickett, Plunkett and Puckett'
READ THIS NEXT
Peter Brabeck-Letmathe: Ad Hall of Fame Inductee Talks Nestlé and Clean Water
Rance Crain
Credit:

Larry Postaer and I have never met, I'm pretty sure, but our lives have nearly intersected more than a few times when we both were living in Chicago in the 1960s. 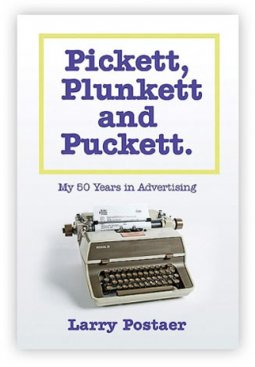 That's my personal takeaway from Larry's highly entertaining and instructive account of his 50 years in advertising, "Pickett, Plunkett and Puckett."

Messrs. Pickett, Plunkett and Puckett were merchants who advertised in the student-run newspaper at the University of Missouri, where Larry graduated from journalism school. It was his job to handle their ad accounts, and his grade depended on how he did.

Early in my journalistic career, I had a boss in New York named Jim O' Gara. He impressed upon me the dire consequences of "assume, assume, assume"—and of the need to check out all assumptions.

Larry Postaer learned the same lesson in what he writes was a "life-altering way."

One eventful Sunday morning he went into the journalism school classroom to put together an ad for his Monday morning meeting with Mr. Puckett, who owned the town's men's store. And he sees the headline from the rival, non-student daily: "Puckett's Robbed!" So Larry thinks that because Puckett's Men's Store no longer has any inventory there's no need to prepare the ad. 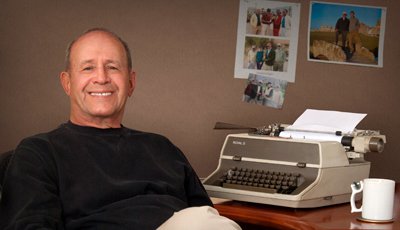 Assume, assume, assume. What happened Monday morning was "the worst thing that ever happened to me in advertising, then or since." The rival paper, The Columbia Tribune, had the initiative to create an ad that reprinted a picture of the empty suit racks with the headline, "People love our suits so much they can't wait for the store to open." His professor was not happy.

Larry said, "It was a hard lesson learned. ... There have been no known relapses. I was never again caught napping or slacking off. Nor did I ever again miss an opportunity to create an ad that fed off the momentum of current events."

Larry's agency partner, Gerry Rubin, (who I do know from his time at Needham, Harper & Steers in Chicago) sent me a copy of Larry's book with the explanation that it covers a lot of ground—from "hacking out catalog copy at Sears to being America's youngest creative director at Stern Walters to running the creative side of McDonald's and Anheuser-Busch at Needham to hooking up with me and Honda" in L.A. The book was written on the occasion of their agency's 25th anniversary.

The Stern Walters offices were right by our offices at 740 Rush Street . They had Christmas parties at Armando's across the street from 740 and they hung out at Ricardo's a couple of blocks south of us. Both Larry and I went into the military reserves instead of enlisting full time. He joined a secret Army unit that sent Morse code messages; I became a chaplain's assistant at an Air Force hospital unit (my job was to go into the maternity ward, ask mothers and soon-to-be-mothers if they wanted to receive Communion, then escort the padre to the waiting women). One of the people Larry mentioned in his book is Ralph Rydholm, then creative director at Tatham-Laird. Ralph doubled as supply sergeant at my reserve unit, where he served as chief dispenser of spiffy new brogans (military shoes) and other great stuff.

New business at Stern Walters was coming in at a fast pace, and Larry took out a want ad in Ad Age for some young talent. The ad had a "brutally candid" headline: "At 29 you're too old for this job." The ad, he said "attracted some bona fide candidates. And a lot of unintended flak."

We wrote an editorial (honest, Larry, I had nothing to do with it) denouncing the age discrimination the ad implied. And the agency's P.O. box was filled with letters from the 30-and-above unemployed "who thought we ought to be ashamed of ourselves," writes Larry. This, he said, was "my first lesson in the power of ill-chosen words."

Larry, for his success in working with clients like Suzuki motorcycles, Sears, STP ("the Racer's Edge"), Colgate's Dermassage and others, wanted stock in Stern Walters, but the owners stonewalled him—probably because they were cooking up a merger with the Earle Ludgin agency. Larry said the Ludgin creatives were "the most beaten-down hacks imaginable" and he had no stomach for the turf wars sure to come, so he jumped ship to Needham, and Keith Reinhard.

He came in as group creative director on McDonald's, State Farm, Campbell's, Wrigley's and some General Mills business. McDonald's was a full-time job for a third of Larry's staff, and everything was going great until McDonald's decided to test a chicken McSandwich. But the product didn't look very appetizing, especially in close-up product shots.

Paul Schrage, McDonald's CMO at the time, said the chicken patty in the TV spots he was approving looked like a hockey puck. Writes Larry: "I shouldn't have, but I bristled back, "We hired the best guy to shoot the thing, Paul. He tried every trick in the book. It is a hockey puck!'" Larry was instantly persona non grata on the McDonald's account, and it wasn't much comfort that the product failed in test markets.

He got back in McDonald's good graces by coming up with a commercial to welcome back the hostages held by Iran around the time of President Reagan's inauguration. Rumors were swirling about the release, and the commercial was shot in secret and kept in the can until the hostages were actually on their way home.

"The rest, of course, is happy history. The hostages, all 52 still being held, arrived home safe and sound. After counting to 10, we ran the spot for several days. As Schrage predicted, the franchisees, hearing plaudits from their customers, were proud of their role. And praise be! Back in Oak Brook, I, too, was welcomed home."

Larry and Gerry Rubin got transferred to L.A. (for Gerry it was a return trip) to handle Honda because the guy out there had managed to "irreparably piss off" the president of American Honda. It was Honda's policy, as a "guest" in America, to work with American suppliers. But the man—a Brit—had hired a British TV director and film company and sent the director a $100,000 advance. "Very bad business decision," said the Honda honcho, slamming his fist on the desk not once but three times.

At one point, Larry compares Honda's "customer-first philosophy" and "abiding ethos" to the "skullduggery out of Detroit." As a client, he said Honda was "reasonable." At face value, "that may not be the most reverberating adjective in the world unless one has to deal with the polar opposite: an unreasonable client (say Gallo) whose iron whim, if allowed to prevail, will not just reverberate down the creative corridor but can shake an entire agency into disastrous submission," Larry said.

And when the "Big Bang" exploded in 1986 bringing BBDO, Needham and DDB under one roof, Messrs. Rubin and Postaer became owners of the L.A. office because the combined Needham and DDB kept VW, and Honda had to go.

The agency's name was Rubin Postaer & Associates. And then, when it later moved to a new location and had to change its stationery anyway, a committee was appointed to freshen up the logo. "The committee feels we should make things simpler —y' know shorten up the name a bit—to just RPA," in a stylized font of burnt orange.

Larry was stunned. "Wait just a minute! I was thinking a dozen years ago our name was etched in stone. And now we're initialized? Did some committee force Batten, Barton, Durstine and Osborn to sit through a similar slaughter? Did Doyle, Dane and the great Bill Bernbach suffer such diminution?

"Are you guys sure about the burnt orange?" he asked.

So that 's how Larry Postaer, called the Cal Ripken of advertising by his sons, became the "P" in RPA.