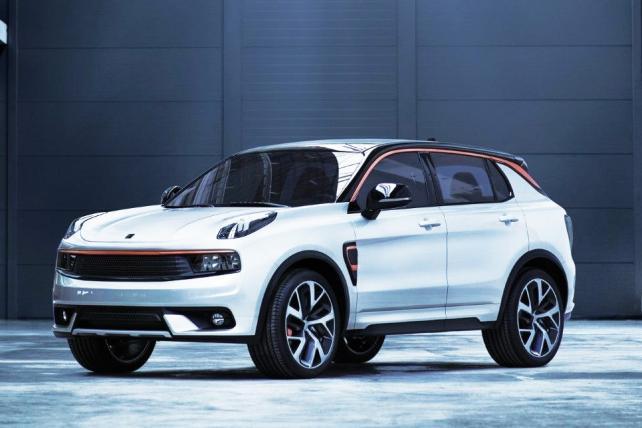 "The days of giving digital a pass" on viewability and fraud "are over," proclaimed Marc Pritchard, P&G's chief brand officer. "It's time to grow up. It's time for action."

After his speech, the Outdoor Advertising Association of America put up six billboards near P&G headquarters in Cincinnati with the challenging words, "Hey Marc, this ad is real."

But what if it's too real? What if ads from disparate links in the communications chain take a different, more strident tone than the carefully constructed national ads, creating a negative influence on the main message?

Do auto dealers qualify as major disrupters? Alain Visser, senior VP of Lynk & Co., a new global car brand owned by Chinese carmaker Geely that will eschew dealers (except for service), thinks so.

The franchise dealer model is behind the times, Mr. Visser told an audience of mostly auto dealers at the Automotive News Retail Forum in New Orleans. Rather than haggle with dealers over price, millennials would prefer to buy a vehicle the way they buy a smartphone, and the auto industry hasn't caught up to the changes in consumer attitudes, Automotive News reported.

The industry "portrays itself as evolving and very revolutionary," he said, but in reality it is "hugely arrogant" and still sells vehicles the same way it did a century ago.

The Lynx 01, which is to arrive late this year in China, is always connected to a cloud computing platform. It has sharing technology built in, and can be rented out when it's not in use by the owner, Automotive News explained. Mr. Visser said he believes younger buyers will like this subscription model because it requires no down payment. The vehicles will be delivered to the owner's home and picked up and returned for service because, he said, young buyers have little interest in visiting a traditional dealership.

That's the dealers' big challenge: Making their showrooms a worthy destination. What they've got to do is build their dealership into a brand that stands on its own and becomes an integral part of the community.

For instance, Barton Chevrolet-Cadillac in Newburgh, N.Y., saved taxpayers about $100,000 by letting a local fire department move in for a year while the department's station house was being rebuilt, Automotive News reported.

Dealerships could build their marketing plans around hosting events for local organizations and charities like Potbelly does. Potbelly also invites local musicians to use its restaurant as a stage, and car dealerships would make a great venue for those kind of events, too.

Alaina Shearer, founder and CEO of digital agency Cement Marketing, recommends publicizing local employees and local customer success stories, according to Forbes. "Every major retail or restaurant brand should have regional social ambassadors tasked with visiting locations, capturing stories, and then publishing the content. Simple. Well worth the time and investment," she says.

Home Team Marketing, a high school marketing and branding firm, makes the point that "if you can show an individual that your brand also cares about the community and supports it, you have now added a layer of purpose to your campaign" that will create greater support and help develop personal relationships, greater loyalty and even premium prices.

The automobile is fast becoming a whole new thing, and dealers have a great opportunity to show prospective buyers what's in store for them a few years from now. Wouldn't it be cool if dealers could set up displays showing off what the autonomous car of the future will look like, including interiors that show how passengers can move into new positions?

Adient, for example, has designed a rotating driver seat with a thin back to add legroom for near passengers. A panel on the armrest lets the driver adjust infotainment, cabin temperature and other variables when the center console is out of reach.

Continental has designed a display across the windshield that can illustrate turn-by-turn navigation, real time traffic updates, upcoming landmarks and the like.

As an ancillary benefit, the floor displays of all this gadgetry will give auto marketers playback on how interested car buyers are in stuff not under the hood.

Mr. Visser, in his talk at the Automotive News event, made the point that auto marketers are focusing on the wrong things: horsepower, engines, torque. He said the customer of the future will be more interested in connectivity and integrating transportation into their lives without owning a vehicle.