This racy Devour commercial won't air in the Super Bowl 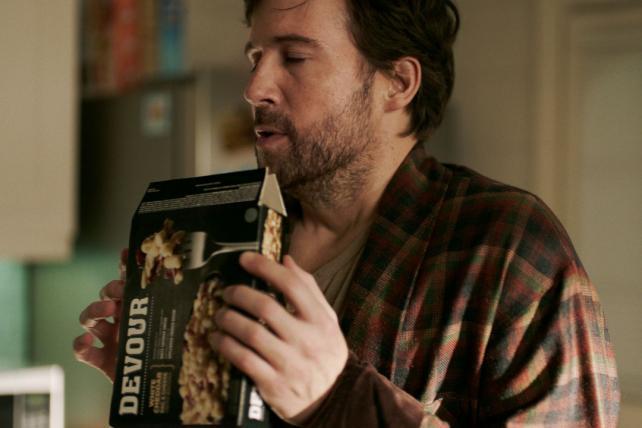 Devour has released a 60-second version of its upcoming Super Bowl spot and it's safe to say this version is not safe for the Big Game.

The 30-second version of the Devour spot set to win CBS's nod for TV airtime is likely to be a lot less racy. Releasing the so-called uncensored version well ahead of Super Bowl Sunday is a tactic Devour is using to generate more buzz for its brand, a growing but small name in the Kraft Heinz portfolio. Super Bowl ad buyers including Go Daddy and SodaStream have tweaked commercials to meet the approval of network censors in the past.

Other new plans include setting up the hotline 1-83-FOODPORN to dish out some seductive descriptions of frozen food, sponsoring an RV that will take members of the Barstool Sports team to Atlanta, and running a sweepstakes with prizes including a year's supply of meals.

VaynerMedia is leading Devour's social and digital activations. As previously reported, Devour's 30-second spot will air during the third quarter and comes from David Miami.