Why a Small Agency Lost Some Big Pitches

Trying to Act 'Just Like a Big Agency' Was a Mistake
READ THIS NEXT
Gut Checks and Guardrails: 6 Ways to Stay Small When Your Agency Gets Big

It was a pitch, a room full of MBAs, acronyms and awkwardness. We were the small agency competing with two very big agencies. The other agencies had pre-existing relationships with this very large CPG company. The nice woman running the pitch was very clear that they were "open to working with a smaller agency."

There is that moment of time in a pitch we all know well, when you grasp that you are a likely choice to be awarded the business. The CMO will ask a question that makes it sound like you're already working together, or someone important will say something like "you really get us."

There is also that moment during a pitch presentation when you know that you have missed the mark in a myriad of ways. You know your agency is wasting everyone's time, and that moment was an hour into this meeting. As executive creative director -- of a small or big agency -- I felt like a dick.

The campaigns we were showing were not what they wanted to see. I am not even sure we wanted to see them. What was interesting creative originally had become a regurgitation of the client's brief. I did not want to be in the room that we had worked so hard to be invited into.

Let's rewind one year to see how we got here. We are a small agency, and we were frustrated. Friends at large agencies tell us how great it is that we are a small agency, but all of a sudden we were not so sure. Maybe it sucked. We did not have a holding company propping us up, and had always passed on offers to sell the agency to big agencies. We could only pitch so much new business and at the same time take good care of our current clients. We had done project work with massive brands, and were always the "breath of fresh air," but never the AOR.

Let's fast forward to right now, because it is much less painful to contemplate. In fact, it is pretty great. In 2015, TDA_Boulder became a small agency that does not want to be "just like big agencies" -- we embraced our size. We are very comfortable with the few limitations that come with being small. We lost our way for a year, and maybe we're not alone. It is easy to pretend to be something you are not, in this industry of rhetoric. We know we lost opportunities because of it. Nobody is looking for a small agency that is "just like a big agency."

We have been all about being a small agency, and it has paid off. We have won three great new clients this year as agency of record and a good number of smaller accounts as well. And as massive agencies have started to talk about acting like small agencies, we can actually be one. It is much easier to embrace being small than ever before, and easier for clients to appreciate the opportunities of working with smaller shops.

Yes, we have a media department and a strategy department (just like a big agency), but nobody cares when you are competing against larger agencies. It is the commitment of all our departments and a management team to exceed expectations that makes us a worthy consideration. We are a small agency that can help you beat your competition in disproportionate ways, and that is what makes us better. We don't have anything bad to say about big agencies in general or in pitches. Big agencies can be awesome. But, when a potential client is positive they want a big agency on their business, hopefully they won't invite you or our small agency to their pitch.

We just learned that we did not win a $50 million AOR opportunity on a classic American brand. We lost to one of the largest shops in the U.S., and that is still going to happen. They are a great agency. We are collectively OK with the bad news, because we were proud of how we pitched. We look forward to being the small agency in the big pitch in 2016 -- it's not a bad thing to be. 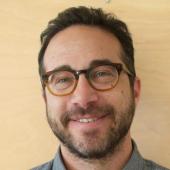