A Fresh Look at Turnover in Small Agencies

Learn How to Let Go, Embrace Change and Keep the Door Open
READ THIS NEXT
Gut Checks and Guardrails: 6 Ways to Stay Small When Your Agency Gets Big
A friend of mine, a highly talented award-winning art director, just announced that he was leaving the agency he'd been working with for the last several years. Several factors, including the housing market, creative opportunities and the desire to move back to his home country all weighed in on the decision.

I bumped into him shortly after he'd broken the news to his creative director. Although the CD was initially pretty dismayed, he was supportive after my friend explained that the change was the best decision for him and his family. I was impressed that this CD had looked at the situation in a selfless manner. From what I know, rarely do agencies react very favorably when a key resource leaves for greener pastures.

In an industry renowned for high turnover rates it's no surprise that this is a contentious issue for most small agencies. After all, losing one staff member in an agency of 10 people means that you have just experienced 10% turnover.

Of course, in advertising, turnover is rampant in all areas of the business. The average client-agency relationship now last lasts approximately two years, an incredibly short period of time when you consider the resources and effort required to go through an agency search and selection.

Think our clients have it better? Think again. The average lifespan of a chief marketing officer role is even shorter than that at 23.2 months. Why? Well, for starters there's incredible pressure on a CMO to perform, and marketing is often the first area to be scrutinized when a company is looking for a change in direction.

So, how do agencies, particularly small ones that are more vulnerable to change, deal with the costly issue of turnover? What do agency leaders do when a valued employee wants to leave for more money, or if a creative wants to leave for the promise of heading up a campaign for a big brand elsewhere?

The answer: Do your best to retain valuable employees, but if they truly do have a better opportunity elsewhere, then embrace the change.

All too often I hear stories form peers at other agencies where there are unwritten rules that if an employee leaves for a competitor, then they are not welcome back. These scare tactics may work to a certain extent, but they also build a culture of fear and selfishness. Why wouldn't we want our colleagues to take the best opportunities that come to them? If a staff member were to leave, why wouldn't you consider them for a suitable position if they came back a year or so later?

I recently had the opportunity to speak with Paul Lavoie, founder of Taxi, and we were discussing turnover in agency creative departments. He said that while he always tries to keep great people, he's no longer afraid to let someone go, even if they are incredibly talented. He realized that there are always other talented people out there who are just waiting for the right opportunity. Rather than be upset about losing a valuable asset, he prefers to be excited with anticipation of what the next prospect through his door might be like. Paul also welcomes back alumni who have moved on and later decided that they want to come back. He also stated that scare tactics where staff in many agencies are told they'll "never be allowed back if they leave an agency" are bush league.

Paul summarized his position by quoting a Greek philosophy: "If you leave your front door open, and your back door open, you'll always have fresh air."

So, rather than treating turnover like our industry's dirty little secret, it may be better to look at it as something to embrace. Rather than ostracizing your staff if they leave for personal reasons, encourage them, and hope that your paths may cross again one day when the fit is better. If you build personal relationships that are strong enough to endure career decisions, then you are building a lot of goodwill with people who may one day be your client or even your boss. 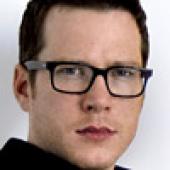 Thomas Stringham
Thomas Stringham is the founding president and creative director of integrated marketing agency Hot Tomali.
View all articles by this author