Why We Focus So Much on Our Corporate Culture

In Order to Deliver for Clients, We Have to Take Care of Ourselves
READ THIS NEXT
Gut Checks and Guardrails: 6 Ways to Stay Small When Your Agency Gets Big
Since opening our doors I have learned a great many things about how to run an agency. One of those things is that running an agency has little to do with how good I am at my job -- you know, the thing clients actually pay me for. They couldn't care less about how effective I am as a business owner. For them, it's about the results that we provide.

For me, the work itself was the easy part. I was always good at that, and believed in what I was producing for our clients. Thing is, you can't do it alone.

In the beginning, we paid little attention to our corporate culture and how that can and will effect both the hiring of your staff, and how long they will remain, That in itself was our biggest problem.

Today, people seem to change jobs as often as they do hairstyles, which is an unfortunate reality that more and more employers have to deal with. Not only does this force potential employers to be leery of travel-prone candidates, it also hurts those who feel they have to continually change jobs in order to find the right fit. At our agency, we call this "The Goldilocks" syndrome -- a grass-is-always-greener mentality that is both costly and problematic on many levels.

The result was a company-wide transformation that brought on many changes, such as the realization that some of our staff would not be part of the revolution. You see, not only were they the wrong fit for us, but we were also the wrong fit for them. It was a difficult process, but in the end, we were able to develop an agency of believers that could effectively deliver on our promise to our clients, as well as our promise to ourselves. That promise was to have a team of people who worked hard, played hard, enjoyed one another, had a life outside of work and were excited about the opportunity to build something together.

With events such as "groove time," our annual "Talk Like a Pirate Day" celebrations, or the making of brand videos such as "Baby Got Brands" (something you have to see to understand), we were able to demonstrate how hard we worked at never taking ourselves too seriously. We refused to model ourselves after traditional agencies that seemed to be more interested in image over substance. Our message was simple ? if our way of thinking was not for you, then you were not right for our agency.

By defining our culture, we were able to gain continued ownership from those we enjoyed working with, filter out the non-believers, and attract a wealth of new talent that were not just looking for a job, but a career.

Before developing a culture that better represents who you want to be, you must first look closely at who you are, as well as the team you have in place to represent your brand. They are the voice of your company, and it is vital that they buy into what you are selling. If not, it will only be a matter of time before they move on to other opportunities. 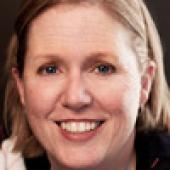