If the Client Was Always Right, It Wouldn't Need an Ad Agency | Ad Age
Skip to main content
Sign In Register

If the Client Was Always Right, It Wouldn't Need an Ad Agency

Don't Be Afraid to Say No
READ THIS NEXT
Gut Checks and Guardrails: 6 Ways to Stay Small When Your Agency Gets Big
Derek Walker
Credit:

In my life before advertising, I was of a part of a turnaround team. We would go in and either fix a unit, move it or shut it down. Near the end of a very difficult fix of a unit that we felt was in a great location with great potential for growth, my boss thought to bring the VP of marketing and others from the corporate headquarters to show how great things were going. We had taken it from 23rd to sixth in about eight months.

They were touring the unit talking to employees about the changes and how things were going, when one of our regular customers came in to place an order.

"Not him." I muttered to myself. The employees started to snicker and laugh to themselves because they knew what was coming.

Seeing this customer, the VP made a direct line to him, introduced himself and began to ask the customer about his experience with us.

"So, what do you think of all the changes we're making to better serve you?" the VP asked.

"They're great, but you do know that he doesn't believe that the customer is always right?" the customer said smiling and staring straight at me.

Everyone turned to look at me. And I nodded.

"You don't believe the customer is always right?" the VP asked.

"No. Sometimes the customer is wrong, dead wrong," I said as clearly as I could.

"See, I told you," the customer said, "You call that customer service?"

"I'm sorry sir, you're right. The customer is always right," the VP responded staring me down.

"No. The customer is not always right." I said to the VP. "Ask him what he thinks he is right about."

Turning to the customer, the VP asked, "What is it this all about?"

"I did my research and it only cost you around $2 to make my order. I think I should only pay $3 for it, not the $14 that you charge. I'm the customer and I am right," the customer proclaimed.

I smiled. This customer was dead serious.

For the next couple of minutes the VP of marketing and the customer went back and forth as to why we could not sell it to him at his price. Before it got too heated, I stepped in with the customer's order and gave it to him.

"Because I haven't had this much fun in a long time, my treat," I said to the customer laughing. "See you next week?"

"Of course. I had to try," he said laughing, and then he looked at the VP. "This is why this unit was doing so badly. We customers knew if we complained enough you would give away the product. These guys aren't buying that . They value what they do."

And he walked out with his order.

My boss turned to the VP and said, "Check the numbers for any unit anywhere else but in my area, you'll be surprised how much of a discount we are giving out every day because customers know that by just asking they can get a discount. Once we realized this, we focused on changing that . We give discounts when needed, but we've stopped giving discounts simply because customers want one. We were killing ourselves doing that ."

A few weeks later, the company "clarified" its policy that the customer was always right.

The client is not always right.

And that isn't a bad thing.

The saying: "The customer is always right" is credited by some to the founder of the Marshall Fields chain stores, while others credit Harry Gordon Selfridge, the founder of Selfridge's department store in London.

It really doesn't matter who said it first. I don't think either of them intended for it to become what it has today. The idea was to encourage a higher level of customer service, to communicate how important great customer service is to the success of a business. Not an all-encompassing, carved-in-stone rule that is to be followed blindly without thinking.

Are we listening advertising folks?

The client is not always right.

Put the torches and rope down. Think about it for a second.

If clients were always right, why would they need us? (I know some of you out there don't believe they do need us, but I'll deal with you being off your meds in another post. Be patient, your blog is coming.)

What would you say if a client announced that it was only going to pay $10 an hour or cut your fees by 90% for your services because it thinks that is what it is worth? Are you going to tell me that you would accept that ? Yeah, right.

What if the client decides that all the social-media efforts should be more of a hard sell and less of a conversation, would you simply execute its wishes? There are a few of us who would, but I like to think that the majority of us would attempt to educate the client to the danger of that course of actions.

You get the point. We are not order takers, and the sooner we realize this, the better.

I know, I know, your agency gets this. You've been doing this for years. Then why are we in the positions we are in? Why are client/agency relationships so short? Why is compensation an issue? Why are deadlines so short, while expectations are so high?

Embracing the idea that the client isn't always right does not make you a prima donna or high maintenance or egotistical -- it makes you a professional!

Put down that pitcher of self-hate flavored Kool-aid that many of us have been gulping down, and realize that advertising serves a purpose. Embrace the significance of what we do, and start doing it well without apology.

Clients are right about one thing -- they understand the value of what they offer.

Derek Walker is the janitor, secretary and mailroom person for his tiny agency, brown and browner advertising based in Columbia, S.C. 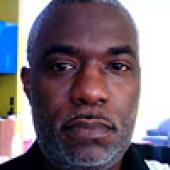 Derek Walker
View all articles by this author