The Most Dangerous Expression in Advertising

And How to Separate the Good Ideas From the Bad
READ THIS NEXT
Gut Checks and Guardrails: 6 Ways to Stay Small When Your Agency Gets Big
Phil Johnson
The most dangerous expression in advertising may be "I like it!"

Whether those words come from a creative director looking at work for the first time, or a seasoned client, that 's the expression that often launches new creative ideas into the world.

Unfortunately, one person's enthusiastic first impression doesn't tell you whether the work is actually good or bad, or how it will resonate in the marketplace. Without some criteria to guide our decisions, all of us who make creative decisions can speak too soon. Even the best creative minds occasionally like really stupid ideas that a larger audience doesn't get or appreciate.

There's some great advertising and there's some awful advertising, and most reasonable people find themselves in agreement as to what's inspired and what's horrible. But the world is divided into Yankee fans and Red Sox fans for a reason. People have different tastes. Some of the fiercest agency battles I've witnessed have been heated debates focused on creative ideas and whether they're brilliant or mere garbage. We've all stared at campaigns in disbelief and wondered who approved the multimillion-dollar media budget to communicate the incomprehensible, the offensive or the ridiculous.

Over the years I've found myself on every possible side of the creative fence. I've passionately lobbied for work that hit the market with a big resounding thud. I've cringed at work that went on to produce excellent results for clients. I've rolled my eyes as creative teams have vehemently argued for work that I thought was just in bad taste. Knowing the good from the bad is no easy matter.

Most of us are going to make some good calls and some bad calls. That's life. But no matter what the call, we should apply some criteria, which should be quantifiable outside of our own idiosyncratic tastes.

I don't believe there's a magic checklist for making creative decisions, but here are some of the qualities I think about when deciding whether work is worth seeing the light of the day.

There has got to be the element of surprise that shakes up your thinking, whether it's an ad or a digital experience. The worst is when the work reminds you of another campaign you've seen somewhere. The more imitative the idea, the less power it has to connect.

Look out for the lazy and the obvious. Who cares about originality if it lands on your brain like a brick? Do you really need an agency to tell that your product is like ____ on steroids. The same goes for weak analogies: "It's like taking a shower, but without all the work." Still, there must be a pretty good market for those ideas because you see a lot of them, and someone must have said, "I like it!" (Sometimes people confuse reaching the lowest common denominator with being obvious. Great work often draws upon simple ideas in sophisticated ways, or unites seemingly unrelated ideas with new connections.)

The agency should disappear. You only see the client's product and their world, not the clever people who made the work. Like a good movie, you're not thinking about the actors, you're absorbed in the story.

I want to detect a human connection. If I respond to the idea, the offer, or whatever it may be I'm experiencing, I want to know there are some real people involved and that I'm not looking at some conglomerate's bureaucratic interpretation of how people think and act. I also want to know that the people who are trying to sell me something have thought through the value proposition in the same ways as an intelligent consumer.

Great work finds some shared commonality of knowledge or experience that we can all relate to. Whether we're talking babies, beer or automobiles -- not to mention pharmaceuticals and microchips -- there should be some element of the work that makes sense to all of us and leads us to a common conclusion.

There should always be insight into the inner life of the audience. Putting a kid on a skateboard doesn't mean that you understand a thing about her world. Good creative always breaks through the stereotypes and the surface attributes to some original knowledge. If you can't see beyond the surface, that 's because there's probably nothing there.

That's just me. You've got your own list. I've got nothing against passionate reactions. I just believe they need to be tested and defended. The important point is that you have given it some thought, and when you say, "I like it!" you know why.

ABOUT THE AUTHOR
Phil Johnson is CEO of PJA Advertising & Marketing with offices in Cambridge and San Francisco. Follow Phil on Twitter: @philjohnson 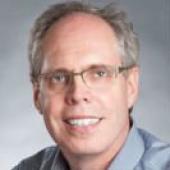