Loving Your Dream Job? Delivering at the Top of Your Game? Leave. | Ad Age
Skip to main content
Sign In Register

Loving Your Dream Job? Delivering at the Top of Your Game? Leave.

Sometimes a Great Career Demands a Difficult Leap of Faith
READ THIS NEXT
Gut Checks and Guardrails: 6 Ways to Stay Small When Your Agency Gets Big

There's no better time to leave a job than when you love it the most.

I began my career at Carrot Creative almost two years ago, as their first Executive Creative Director. I watched the agency more than double in size, gain dream clients, and (most recently) win a Shorty Award as best mid-size social agency.

I'd like to take credit for making all of this happen, but I was part of a growing team that featured some of the most talented people I've ever worked with.

And so I left my job. Why, when everything was going so well? Because a career is more than just a workplace, talented co-workers and drool-worthy clients. A creative career is the opportunity to realize personal and professional dreams. Sometimes, these require making the most difficult leaps of faith.

The decision wasn't easy to make. It meant leaving team members I love, respect and enjoy working with, at an agency that's on the pinnacle of something historic. I've had to live with the fear that I wouldn't be missed. Actually, leaving an agency on good terms was more difficult emotionally than it was for me to leave a workplace I despised. I hope I've been able to leave without burning bridges or leaving my teammates feeling abandoned, and with the love and admiration of co-workers I had grown to know so well.

I've left to launch the first ever (we believe) social-media content-creation studio, an agency built just for agencies, community managers and brands that need content for their growing legions of fans, followers and friends. But I don't want to focus on my new agency; rather this is about taking a leap when you least expect to.

People are more likely to invest in you, believe in you and join in your movement when it's coming from a place of confidence. Without this, how could you leave a dream position? Nobody in his right mind would give up the good life for anything less than what he believed down to the core was going to be spectacular.

Of course, confidence alone isn't enough to create something new. You also need relationships, talent and finance -- three more things that are generally at their highest when you're achieving success.

I'm no "rock-star" creative director with a name people know, but those who have worked with me see that I'm devoted, passionate and here to produce great work. In turn, these friends, clients and colleagues have opened their doors to my new venture -- invaluable resources a new agency would typically never have in its corner.

Then there's money. Not wanting to "bootstrap" my new agency, I reached out to a handful of investors who could help me launch it with the resources it deserved. To my delight, my confidence opened multiple doors, a couple of job offers (which I declined) and ultimately, an investment from a larger agency. I'm certain our investors were comfortable making this deal because they could point to a confident leader who has achieved some level of industry success.

The point is this: When you're willing to risk it all, co-workers, partners and clients are willing to be a part of your crazy adventure and help it succeed. Confidence is contagious.

Are you 100% happy at your agency? Doing the best work of your life? Now may be the best time ever to jump ship. 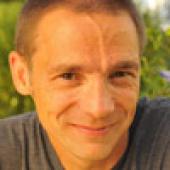 Darryl Ohrt
View all articles by this author