Comments by Silicon Valley Executives Confirm a Role for Small Agencies in Messaging and Outreach
READ THIS NEXT
Gut Checks and Guardrails: 6 Ways to Stay Small When Your Agency Gets Big
Marc Brownstein

The best way to stay ahead of the fast-changing social media and digital-marketing ecosystem is to go to its mecca: Silicon Valley. I got to do that recently, with other CEOs from a variety of industries around the world.

In three crammed days, we visited Facebook, Google, LinkedIn and Twitter, meeting high-level resources at each company. They are the fab four of social media, though Pinterest might now qualify to make a fab five! I went thinking I knew a lot about marketing with social media, but came away even more enlightened. The purpose of the trip was to become better at integrating, monetizing social and digital efforts for brands and measuring the results. I also wanted to learn if B2B companies can be as effective as B2C ones at social.

So what did I learn? Here are a few nuggets:

Social is here to stay. Every executive stated the same thing -- social is just getting going and if you're not on it in a meaningful way already, that 's sad. The speakers gave examples showing that even companies with sensitive disclosure issues could apply social to their marketing. For example, a bank can comment on financial trends, rather than attempt to predict outcomes in the markets. The more sensitive the industry or content, the more trained should be the individuals who host the dialogue. And Google+, which many attendees thought was socially irrelevant, proved otherwise: it will soon deliver ads to users at the point of purchase intent, capitalizing on search data that tells Google + what users are interested in buying before they swipe their credit cards. Brilliant!

Agencies had better get skilled at creating meaningful user app experiences. According to some venture capitalists I spoke to, Steve Jobs figured out -- and research has revealed -- that people spend more time navigating on their favorite apps (2 minutes, 30 seconds on average), compared to less than 25 seconds on a website. Apple is leading the way in this ecosystem, since the closed-end architecture allows developers to control the user experience, and consumers report higher satisfaction on the Apple platform. Mobile devices on the Android platform, which have open architecture, deliver a similar number of users as Apple's mobile devices, but forfeit control of the user experience, allowing a variety of hardware manufacturers to dictate how apps need to be developed.

Plenty of companies are successfully using social media to drive awareness and sales. Dell, Lilly Pulitzer, IKEA, Whole Foods and Comcast are prime examples. Take Lilly Pulitzer, a brand that used to invest several million dollars in traditional media to build brand image but never knew what it got in return. It embraced social media early, built a following on Facebook (and now Pinterest) of over 400,000 likes -- customers who love the brand of brightly colored women's clothing. Lilly Pulitzer regularly introduces new styles on its Facebook page, with a link to buy. According to its senior management, social media now leads the company's marketing and sales efforts. Comcast was a pioneer in solving customer-service problems on Twitter and Facebook, building a staff of more than 25 people who tweet and respond to hostile customer rants by addressing the problems head-on. This model was so successful at improving customer satisfaction ratings that other companies such as Citibank have copied it. Agencies like mine consult for some of these companies and guide them on effective messaging and outreach.

Beware of the hashtag. According to the folks at Twitter, they may soon replace the URL in ads, because hashtags take you right to the conversation. That's profound because it allows prospective customers to establish a quick dialogue and learn about your products via first-hand testimonials from existing customers (and other informed consumers), or get questions answered by a company's customer-service team. No rumor, no innuendo -- just word-of -mouth recommendations and facts -- the things that drive purchases.

The leading social-media platforms still are focusing resources on consumer brands. While many B2B companies are successfully using social, I thought I'd see more. For B2B brands, social media are highly relevant; it's just a matter of how to best use it. SAP is an example of a company wisely deploying a social component into its marketing mix. SAP took a conventional approach to social until it decided to provide an analytics solution to allow colleagues to automatically report on their success via an infographic. This helped establish SAP's approach as the "right way" to measure success -- instead of just counting the number of Followers on Twitter or amount of tweets generated, it measured the level of engagement. Small agencies are uniquely poised to help guide B2B companies build a productive social ecosystem, augmenting typical tools such as trade shows, collateral, traditional sales calls and webinars.

The old-fashioned resume is dead. According to LinkedIn, job applicants will post credentials online at sites likes theirs. LinkedIn remains the No. 1 platform for business people to speak to each other.

In the end, it was apparent to all CEOs in attendance that there are no true social-media experts -- merely a lot of smart people using it effectively, with expected trial and error. For small agencies, the power of the social tools will continue to help us make even an bigger impact for our clients if we approach them with the growing level of creativity and accountability that clients need.

ABOUT THE AUTHOR
Marc Brownstein is president of The Brownstein Group, Philadelphia. 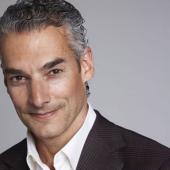