Agencies Often Cut Corners When It Comes to Investing in Personal Relationships with Clients
READ THIS NEXT
Gut Checks and Guardrails: 6 Ways to Stay Small When Your Agency Gets Big

The 1996 movie "Jerry Maguire" takes off with a famous scene in which Jerry rewrites his career mission statement during a disheveled, personal breakthrough. Whether the scene is more memorable for its sage advice or the image of Tom Cruise in his underwear is up for debate. (Isn't Tom always in his underwear? It must be contractual.) Either way, one line should be ingrained for every small agency.

"The key to this business is personal relationships."

Spoken by Jerry's mentor in a flashback, the idea was an epiphany for the main character. Twenty years later, that advice sounds a bit quaint for ad agencies in a digital world where we spend just as much time checking our inboxes as we do chasing down new clients.

The truth, especially for smaller agencies, is that in our never-ending pursuit of efficiency and keeping pace with the competition, we often cut corners in the one area we should be investing in most: our personal relationships with existing clients. Which is a shame, considering that 94% of us (and 100% of our clients) agree that collaboration from start to finish leads to the best advertising.

I'm grateful for the creative doors that technology has opened for our industry, but I'm also concerned about the way email has endangered agencies' ability to connect authentically with clients. Given that the average employee sends and receives more than 120 work emails per day, the inbox appears to be a shaky foundation for meaningful conversations.

Anyone in advertising knows that two heads work better than one, and without a strong client-agency relationship, things can get lopsided quickly.

And we know it because it's true. According to recent research, 85% of businesspeople prefer meeting in person because it builds stronger and more meaningful relationships -- which is crucial for an agency's success. According to the same study, an average of 13.36 new ideas are generated during face-to-face meetings, as compared to only 10.43 in virtual meetings.

Zehnder is a small agency with 64 people, so we're both challenged and privileged to serve clients nationwide from three different locations. While our geographic reach makes our work exciting and unique, it also means we have to literally go the extra mile to meet with clients in person. But even after I shuffle off an hours-long, late-night flight back home from a client meeting, I have no doubt that the agency's commitment of time and resources was worth it. And according to one study, it is. For every dollar invested in business travel, companies are estimated to realize $12.50 in incremental revenue. But the main reason I travel isn't so that clients will show me the money. It's because face-to-face client meetings are more productive than lengthy email chains, and, frankly, they're far more enjoyable.

The same holds true for internal agency relationships as well. With teams in Baton Rouge, New Orleans and Nashville, it's easy to build up borders between offices. According to a recent survey of corporate executives, 73% believe that in-person internal meetings significantly increase employee performance and 68% believe that in-person meetings improve employee morale. In my new role as agency president, I've made it a personal goal to give our employees more opportunities to work together in person.

When staff members begin a big new project, for example, I think it's vital to get everyone involved together in one room. In my experience, inspiration can come from the smallest gesture, and there's nothing like being together and picking up the subtlest nuance in someone else's body language.

Spoiler alert: In the end, Jerry's new mission statement pays off. And though I admit that our agency might not have achieved the same (extreme) level of commitment to our internal and external relationships as Jerry did, I'm proud to say that putting personal relationships first continues to work well for Zehnder. After 20 years as an agency, not a single one of us has had a breakdown in our underwear yet -- at least not at the office. 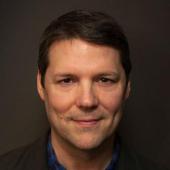 Henry Chassaignac
Henry Chassaignac is president and executive creative director of Zehnder Communications, a full-service advertising agency with locations in Baton Rouge, Nashville, and New Orleans.
Follow View all articles by this author

Four Burning Issues on the Minds of CMOs