No Amount of Clever Ads Will Get People to Buy a Product Others Are Panning
READ THIS NEXT
Gut Checks and Guardrails: 6 Ways to Stay Small When Your Agency Gets Big
Jeff Rosenblum

In many ways, the advertising industry has misinterpreted the power and potential of social media. We are correct to think that it completely changes the way products are sold. But we are wrong to think that it is simply another playground for creative messaging. Where consumer comments abound, brands become transparent. No amount of clever messaging can get consumers to buy what other consumers are saying is a crappy product.

Crayola recently proved this by launching one of the biggest flops since New Coke -- the Colored Bubble Launcher. Sounds like a win-win, right? Kids love making bubbles, and Crayola has colors in its DNA. I learned while researching the product, however, that some parents whose children have used the product now think that Crayola likes to torture kids! Let me explain.

I saw a TV ad that drove me to seek out the Bubble Launcher on Amazon. But there I noticed that every one of the 80 people who rated the product had given it one star. According to a number of the reviews, that was only because there was no rating of zero. Commenters said the bubbles stained clothes and carpeting; they dripped and dribbled. Wrote one reviewer, "Whoever designed this product is a sick individual that hates parents, and thinks torturing children is great fun." Said another, "If ever there is a class-action lawsuit, I will participate." "Shame on you Crayola!!" said another, "I trusted your name."

While the industry tends consider social media as synonymous with Facebook and Twitter, the direct integration of social reviews into consumer purchasing sites like Amazon has a powerful influence on sales. Nielsen has found that consumer reviews are trusted more than twice as much as advertisements. Even those who aren't sharing on Facebook or Twitter rely on Amazon's product reviews -- word of mouth is located just a few inches away from the "add-to-cart" button. It is also in our smartphones, with more than 80% of owners noting that they have browsed for product information on their device, according to Prosper Mobile Insights.

How many potential Crayola buyers were turned off by those 80 ratings ? Given that Amazon is dumping the product for over 60% off, I would guess most people who considered buying the product.

Virtually all major brands are investing significant resources in their social media strategies. They are developing teams and tactics to compete on Facebook and integrate social tools into cross-media marketing. But there's virtually nothing Crayola can do on its Facebook page to salvage the reputation of this maligned product.

The best defense against consumer wrath is great product quality. It always has been, but social media make this more true than ever. Earned media is replacing paid media, and the best way to generate it is by creating ecstatic customers who will share their enthusiasm online. That happens when quality exceeds expectations. On the flip side, brands will get crushed when the quality disappoints.

Jeff Rosenblum is founding partner of Questus, a digitally-led advertising agency with offices in New York and San Francisco. 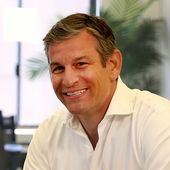